INEOS is to invest in the construction of a new ethane tank at its Rafnes site in Norway. The company has signed a Letter Of Intent with TGE Gas Engineering to build a new tank and expanded infrastructure, to be commissioned in 2015. The new facility will complement the existing storage at Rafnes. It will expand the company’s ability to access ethane from world markets and secure long-term competitiveness and jobs at the site.

The investment in the tank and infrastructure at Rafnes quickly follows the recent completion of supply and infrastructure agreements by INEOS, to access ethane feedstock from the US for use in its European cracker complexes. The additional ethane will supplement existing supplies and provide the opportunity to replace more expensive Liquid Petroleum Gas (LPG).

INEOS has agreed to long term deals with Range Resources Appalachia LLC for the lifting, of ethane from the Marcus Hook Industrial Complex in Philadelphia from 2015. In addition it has finalised Pipeline Transportation Services and Terminal Services Agreements for the shipping of ethane from Houston, Pennsylvania, to Markus Hook, Philadelphia, (via the Sunoco-operated Mariner East project) with subsidiaries of Sunoco. These agreements will be or a duration of 15 years and will provide INEOS Olefins & Polymers Europe with essential supply options for the future.

These well timed investments are good news for the petrochemical industry in Grenland area. Ethane is an important raw material for the Rafnes site and this investment secures additional long term ethane feedstock to supplement its current supply. The ethane imported from the US will allow INEOS to enhance the competitiveness of its business in world markets and as a consequence, secure the long term future of its sites in Norway.

“This is extremely good news for Rafnes and for the petrochemical industry in Grenland. The investment is a real vote of confidence in the Rafnes site by INEOS, that helps secure our long term future and profitability of the site,” said Magnar Bakke Site manager INEOS Olefins & Polymers Norway. “The building of the tank will provide construction jobs over the next two years, but it helps to secure jobs here for much longer. The investment in a new storage tank and infrastructure gives the site important long term options, in addition to our current supply arrangements, to access raw materials from around the world. We are a global business supplying world markets. Competitively priced raw materials are essential if we are to maintain our business and jobs here in the future”.

TGE Gas Engineering GmbH is one of the world’s leading contractors for the engineering, procurement, construction and project management of gas storage, handling and processing plants for the energy, oil and gas, petrochemical and chemical industries. Subject to signature of the final contractual agreements, the construction work is planned to commence in February / March 2013 and will continue for 24 months. The tank will be capable of storing first ethane loads from the second quarter of 2015.

David Thompson, Procurement & Supply Chain Director at INEOS Olefins & Polymers Europe says: “The construction of the tank will give Rafnes and our business in Norway additional capacity and enormous flexibility to benefit from globally available ethane. Combined with the recent supply agreements, I believe that we significantly strengthen the competitive position at Rafnes for the foreseeable future”.

Ethane from the Mariner East Project will become available from 2015.

INEOS Olefins & Polymers Europe operates as a business unit within Ineos Europe AG and holds a pivotal position in the European market, both as a top tier manufacturer and leading industry supplier to the market. Our olefins portfolio in Europe is built around four key integrated cracker and derivative complexes:

Our Polyolefins capabilities positions the business in Europe as a top tier manufacturer and leading industry supplier to the PE and PP market.

INEOS (www.ineos.com) is one of the world’s leading chemicals companies; a global manufacturer of petrochemicals, specialty chemicals and oil products. Comprising 15 businesses, with a production network spanning 51 manufacturing facilities in 11 countries. The company produces more than 40 million tonnes of petrochemicals. INEOS employs 15,000 people and has sales of around $42bn. Through its Joint Venture with PetroChina (Petroineos) it produces 20 million tons per annum of crude oil refined products (fuels). It also operates joint ventures with BASF, PQ Corp and Total

The Mariner East Project is a pipeline, processing and terminal project that will interconnect the natural gas liquids resources in southwest Pennsylvania to Sunoco’s existing infrastructure and international port at its Marcus Hook facility near Philadelphia. 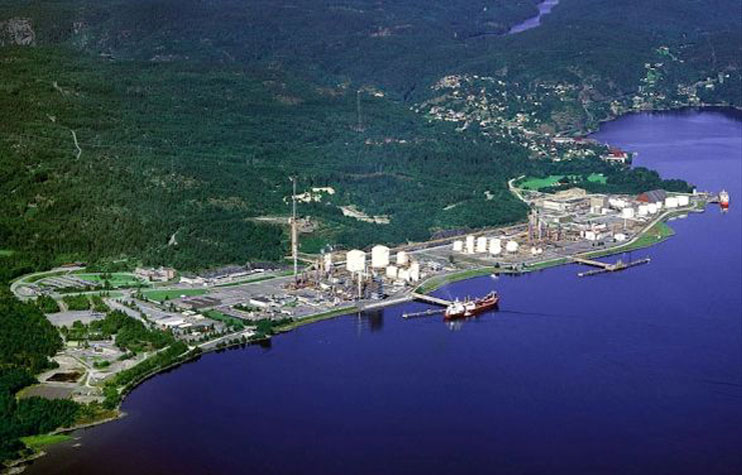