INEOS, one of the world’s largest chemicals company, has today announced plans to give 6% of its Shale gas revenues to homeowners, landowners & communities who live above its Shale gas operations.

INEOS anticipates being a major player in the Shale gas industry and believes it will give away over £2.5 billion over the life of its business.

The sharing of Shale gas profits is commonplace in the USA and INEOS believes this will encourage communities to support shale gas production in their neighbourhoods.

Jim Ratcliffe, INEOS founder and chairman says, “We think this is a game changer for Britain. Giving 6% of the revenues to those living above our Shale gas operations will give them a real stake in the success of the venture and encourage the development of the whole Shale gas industry”.

Typically, those living in a Shale gas community, approximately 100 square kilometres (100km2) would benefit from the output of 200 wells and split £375 million between them.

Home and landowners directly above the wells would share £250 million.

The rest of an INEOS Shale gas community would share £125 million between them, making a substantial contribution towards new schools, parks, community centres and even hospitals.

Over the lifetime of a single well, home and land owners would get over £1.3 million and the community £600,000.

Jim Ratcliffe adds, “Giving 6% of revenues to those directly above Shale gas wells means the rewards are fairly shared by everyone. It’s what they do in the USA and we think it is right to do this here. It democratises the Shale gas revolution”.

INEOS is one of very few businesses that can use Shale gas as both a fuel and a feedstock in its manufacturing plants. It is already spending hundreds of millions of pounds to import large quantities of Shale gas from the USA to its Grangemouth facility in Scotland, a necessity as the availability of gas in the North Sea has declined.

INEOS believes that its exemplary safety and environmental track record at petrochemical plants across the world will give people confidence in its ability to safely extract the gas. Most recently, INEOS hired three of the world’s leading Shale gas experts to further strengthen its onshore gas credentials.

Jim Ratcliffe says, “It is extremely important that people know that Shale gas can be extracted, transported and processed safely and in an environmentally responsible way. INEOS is a company used to dealing with complex petrochemical processes and we have now hired some of the world’s leading Shale gas experts to further strengthen our sub-surface team.  With INEOS, people can be confident that they will not only get a fair share of the rewards but that everything will be done to the highest possible standards”.

*INEOS plans that 6% of the Shale gas extracted from every well will be sold and the proceeds given directly to the home owners, land owners and local communities close to the development.

**All figures are gross and without the deduction of tax which is a matter for the Treasury. Figures assume that gas production is comparable to typical shale gas wells in the USA.

*** The single Marcellus shale gas field in the USA produces over twice as much gas as the UK consumes and UK reserves are estimated to be significantly greater than this. 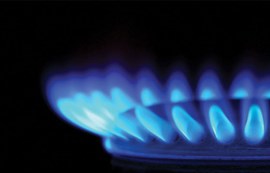 Those living in an INEOS shale gas community 100 square kilometres would typically share £375 million** over the life of the project.