Once abundant, the North Atlantic salmon is now endangered. But a small group of people are determined to help conserve the Atlantic salmon in Iceland, one of the last territories where it still thrives, before it is too late. INEOS’ Chairman and Founder Jim Ratcliffe is among them.

ICELAND is a place where nature reigns supreme.

It is a volcanic island, sitting on the edge of the Arctic Circle, astride the North Atlantic Ridge that continues to push America and Europe apart.

It is strikingly beautiful, wild, untouched and home to some of the best salmon fly-fishing in the world.

INEOS Chairman and Founder Jim Ratcliffe, an expert fly fisherman, discovered that for himself when he first set foot in Iceland many years ago.

What he also discovered, though, was that the North Atlantic salmon is a species under threat.

Since then, protecting the Atlantic salmon, in one of the last remaining areas where they still thrive, has become his passion.

“Everybody knows what a salmon has to go through to survive,” he said. “The scale of its journey across the Atlantic and up some of the world’s most intimidating rivers is scarcely believable. It survives in seawater and freshwater. It evades all manner of hungry predators at sea from seals and dolphins to sharks, only to arrive in the rivers to be confronted by rapids, waterfalls and rocks.”

In collaboration with the Strengur Fishing Club, which provides the best quality fly-fishing in the world, Jim has initiated a string of investments to help protect the land, rivers, and salmon in North East Iceland.

“Strengur had been protecting these rivers for many years, like a treasure,” he said. “But they needed financial help to do more. I simply stepped in. They are the ones doing all the real work. I just provided some funds to help them do what needed to be done.”

He said Strengur had, for years, recognised the importance of preserving salmon stocks – but, more importantly, that the long-term solution to save this iconic and admired species must also be sustainable.

“A few charitable donations are not the answer,” he said.

To help retain the purity of the landscape and the rivers, Jim has been acquiring farms along some of these rivers and late last year he bought 70% of Grímsstaðir á fjöllum, a vast Icelandic estate which includes the headwaters of some of the most pristine salmon rivers in Iceland.

Although he is now a landowner in Iceland and has a voice on the local rivers associations, he doesn’t want anything else to change for the farmers who have cared for this remote corner of Iceland for generations.

“If we work closely with farmers and local communities, we can build something sustainable and environmentally sound,” he said.

Together he and his Strengur partners Gisli Asgeirsson and Johannes Kristinsson hope to encourage local farming in harmony with the rivers and develop a sustainable business offering the most exciting salmon fishing and some of the most progressive conservation in the world.

“When you wrap a top quality business around this experience, the wild Atlantic salmon becomes a high-value asset,” said Jim. “Conserving it is therefore vital and Strengur is at the forefront of this conservation work.”

Sports fishing, done respectfully – where all fish must be released carefully back to the river, and the river must not be over shed or during the breeding season – brings in a good income.

“It also provides a supplementary income for the local farms and, more importantly, will fund more conservation work on the rivers,” said Jim.

Monitoring the rivers, their fish stocks, the quality and use of land over many hundreds of square kilometres surrounding the rivers is meticulous work.

Alongside the Icelandic Environmental Agency, Strengur has been dedicated to this task for many years.

“In forming this new collaboration we intend to accelerate these endeavours,” said Jim.

With more money owing into the coffers from world-class salmon fishing, Strengur will be able to invest in more salmon ladders – to help further extend the breeding ground for the salmon – and expand its own offering of top-of-the-range salmon fishing, in high-class lodges, across all six rivers in the North East.

“We know we can do little to prevent the overfishing at sea of the salmon,” said Jim. “The authorities must shoulder that responsibility. But we can create a natural haven for the salmon in this very special corner of Iceland.” 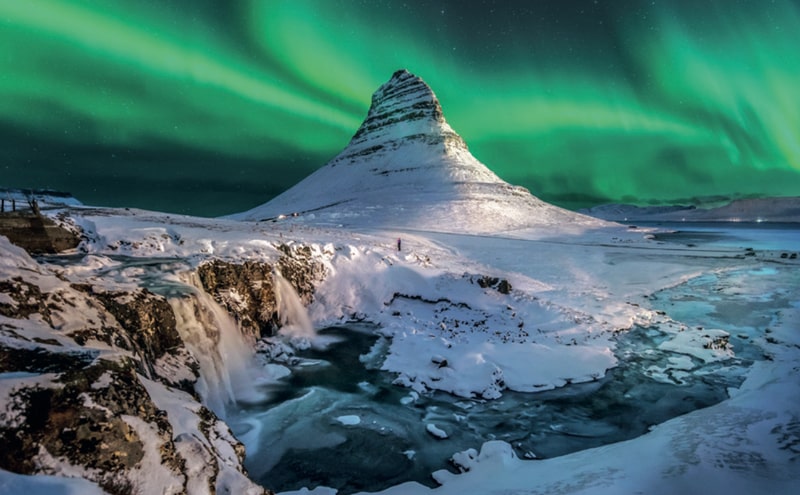 SALMON ladders are important because they increase the size of the breeding grounds for the fish, which lay their eggs in freshwater, then swim to the ocean.

Jim Ratcliffe and his two Icelandic partners at Strengur Angling Club recently finished building a ladder that will allow salmon to enter the middle reaches of the river Hofsa for the first time ever.

A 20ft-high waterfall had stopped the fish from travelling 8km further upstream because they simply could not jump that high.

The new ladder was flooded with water last month after 15,000 tons of rock were removed – and within hours it was being used.

The hope is that alevins and fry, which were released into the river a few years ago, and followed the course of the river downstream to the sea, will one day return to the river where they were born via the new ladder.

The ladder, though, is just one of the many long-term conservation projects being driven by Jim, Johannes Kristinsson and Gisli Asgeirsson.

Conservation is the sole purpose of my involvement in Iceland. I want to help maintain the salmon population here, working closely with the farmers and the local communities, to build something sustainable and environmentally sound. This work will also benefit the local ecology and community, maintaining this area as a world class fishing destination. I am proud to be part of it.”