WOMEN’S voices have been heard at INEOS for years because the company values their contribution to science and engineering. INEOS just wants to hear more of them.

As part of International Women's Day, one of INEOS' charities, The 1851 Trust, harnessed the power of sport to excite the imaginations of 120 young girls - and help bring science to life.

The girls had been invited to the Portsmouth home of INEOS Team UK, the team behind Britain’s bid to win the world’s oldest and most coveted trophy, The America’s Cup.

“Using the excitement around The America’s Cup was a great way to bring children in,” said Amelia Gould, Chief of Staff at BAE Systems, who was at the event to help show schoolgirls that STEM (science, technology, engineering and maths) subjects are not just for the boys.

During the day the girls, aged 11 to 13, were shown how the INEOS team has been using science and technology to design and build a ‘flying’ boat capable of 60mph and powered only by the wind.

The girls also met young women apprentices and graduates working in STEM industries, and remarkable women sailors Dee Caffari MBE and 1851 Trust Ambassador Annie Lush, who have both sailed around the world.

The 1851 Trust, which is the official charity of INEOS Team UK, used the occasion to launch its Next Generation Roadshow for Girls programme.

The programme, which is aimed at inspiring a new generation of female STEM role models, will be rolled out across the UK this year thanks to funding from the UK Government’s Department for Transport.

Research throughout the world has shown how young women regularly shun careers in science, technology, engineering and maths.

“We want to change that because we understand completely the need to bring new and diverse talent into the chemical industry,” said Anne-Gret Iturriaga Abarzua, Head of Communications at INEOS in Köln, who flew in from Germany to attend the UK event.

INEOS in Köln has successfully addressed the interest in science among all young people for the past 11 years through the TuWaS! Programme, which encourages primary and secondary school children to ask questions rather than receive ready-made answers.

Its champion is Anne Gret and INEOS in Köln is the biggest financial supporter in the Rhineland where it sponsors 34 schools.

In the UK, though, young women represent just 22% of those in STEM careers. However, with an estimated 174,000 STEM roles due to be unfilled next year, it is vital that the gender imbalance is addressed to plug the gap.

Ben Cartledge, CEO of The 1851 Trust, said it had been wonderful to see a new generation of girls inspired to explore the possibility of a STEM career – and INEOS Team UK’s base had been the perfect place to do it where cutting-edge technology is being employed to design and build the fastest sailing boat in the world.

“STEM has already played such a crucial role in The America’s Cup campaign,” said Anne-Gret. She added: “We are now exploring ways of bridging the efforts in the UK and Germany by learning from each other.”

You can find out more about the science behind INEOS TEAM UK’s challenge on the 1851 Trust’s STEM Crew website, which is supported by INEOS.

The website contains exciting videos and resources developed for school children. Last year the resources were used to bring STEM alive to over 85,000 students. www.stemcrew.org 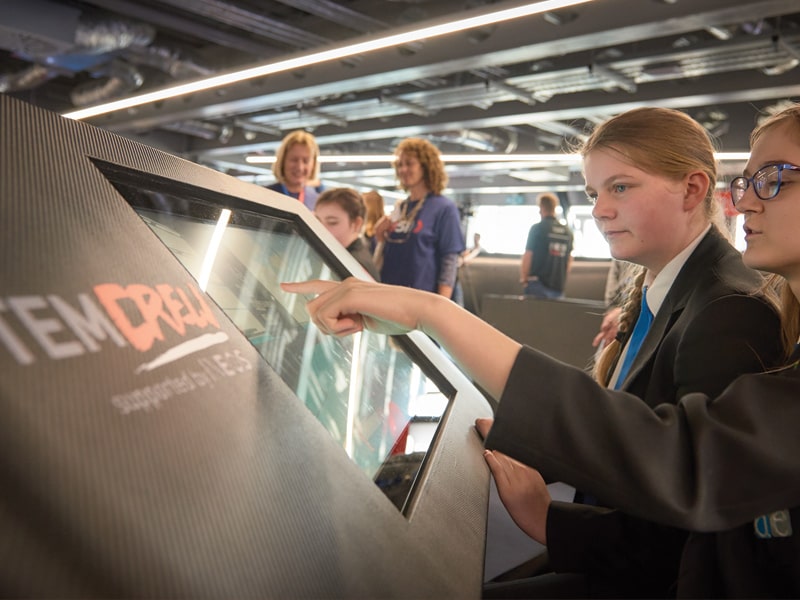 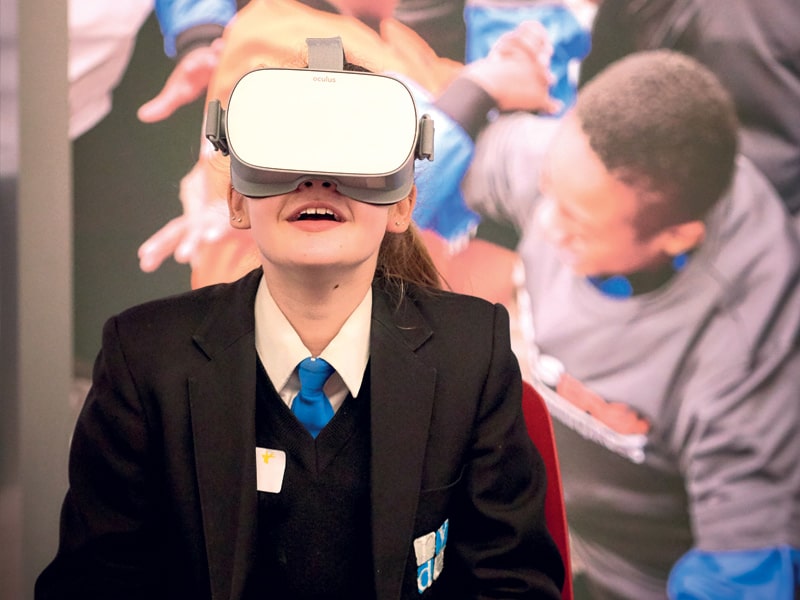 The 1851 Trust is a dynamic and innovative education charity committed to inspiring young people to become innovators of the future and stewards of the environment.

We harness the power of professional sport to challenge perceptions and to excite more young people about the opportunities in Science, Technology, Engineering and Maths (STEM).