INEOS Group Holdings S.A. (‘IGH’ or ‘INEOS’) announces its trading performance for the third quarter of 2018.

North American markets were solid, taking full benefit from their current feedstock advantage.  Market conditions in Europe have remained firm, whilst markets in Asia have seen some softness in the quarter. The results for Q3, 2017 were adversely impacted by the effects of Hurricane Harvey, particularly the O&P North America business.

O&P North America reported EBITDA of €233 million compared to €216 million in Q3, 2017.  The business has continued to benefit from its flexibility to be able to utilise cheaper NGL feedstocks to maintain healthy margins.  The US cracker business environment was solid with good operating rates throughout the quarter.  Ethylene markets have remained long in the quarter, with the increased supply from new industry capacity coming online.  In contrast propylene markets were tight with strong derivative demand and relatively limited supply.  Polymer demand was solid, with balanced markets and good margins.

O&P Europe reported EBITDA of €171 million compared to €196 million in Q3, 2017.  Demand for olefins in the quarter was balanced, with some weakness in ethylene offset by strong demand for propylene.  The propylene market remained tight due a number of supply outages.  Butadiene was supported by strong domestic demand in the quarter.  European polymer demand was soft in a long market, with solid volumes and weaker margins in the quarter.

Chemical Intermediates reported EBITDA of €227 million compared to €165 million in Q3, 2017.  All of the businesses performed well in the quarter, with sustained good demand for most products.  The demand trend in the Oligomers business was solid, with tight markets for octene and strong demand for PAO, particularly from the automotive sector.  Demand for the Oxide business was generally balanced, with firm glycol demand in Europe and an improved demand trend in Asia.  Market conditions for the Nitriles business were tight with strong demand from most derivatives, coupled with a number of competitor turnarounds, leading to healthy margins.  Demand for the Phenol business was balanced overall, with good demand for phenol, particularly from polycarbonates, countered by some length in acetone in the quarter. 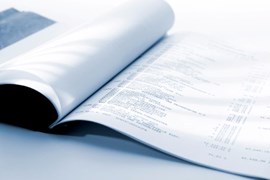 INEOS Group Holdings S.A.  announces its trading performance for the third quarter of 2018.