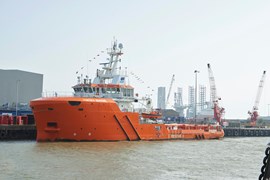 The ships, officially named Forties Sentinel and Sentinel Ranger, were built by Sentinel Marine and will support INEOS’ operations in the Breagh gas field