INEOS Styrolution, the global leader in styrenics, has announced today plans to build a world-scale ABS plant in Ningbo, China. The new production site will be adjacent to the recently acquired polystyrene plant in Ningbo.

Less than a year after announcing the acquisition of two polystyrene production sites in China, INEOS Styrolution embarks on plans to grow its production capacity in the country significantly. The company plans to construct a green field ABS plant adjacent to the Ningbo polystyrene site in the Zhejiang Province in Eastern China.

The announcement made by INEOS Styrolution forms part of a wider Strategic Cooperation Framework Agreement with the Ningbo Municipal People’s Government signed today by INEOS. This framework agreement will help facilitate mutual benefit between INEOS and Ningbo City.

“China is the biggest ABS market in the world. This new investment will give us a tremendous opportunity to provide our customers in the region with locally produced ABS grades,” Steve Harrington, President Asia-Pacific said.

“Asia has been identified by us as a significant growth market,” adds Kevin McQuade, CEO INEOS Styrolution. “Today’s announcement shows our dedication to our Triple Shift growth strategy. As the global leader in styrenics, we are committed to supporting our Chinese customers’ growth with our new local production capacities.”

INEOS Styrolution is the leading, global styrenics supplier with a focus on styrene monomer, polystyrene, ABS Standard and styrenic specialties. With world-class production facilities and more than 85 years of experience, INEOS Styrolution helps its customers succeed by offering the best possible solution, designed to give them a competitive edge in their markets. The company provides styrenic applications for many everyday products across a broad range of industries, including Automotive, Electronics, Household, Construction, Healthcare, Packaging and Toys/ Sports/ Leisure. In 2018, sales were at 5.4 billion euros. INEOS Styrolution employs approximately 3,500 people and operates 20 production sites in ten countries. 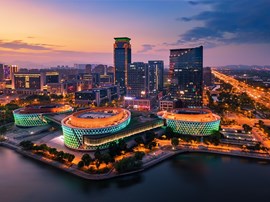