INEOS Group Holdings S.A. (‘IGH’ or ‘INEOS’) confirms its trading performance for the second quarter of 2012.

Based on unaudited management information INEOS reports that EBITDA for the second quarter of 2012 was €308 million, compared to €576 million for Q2, 2011 and €465 million for Q1, 2012. Comparative information excludes the results of the Refining business, which was disposed of in July 2011.

After a fairly strong April, the impact of steeply declining oil prices during the quarter adversely affected May and June's historical cost results.  Non-cash inventory holding losses of approximately €141 million were incurred during Q2, 2012, mainly in the O&P segments.

Chemical Intermediates reported EBITDA of €119 million compared to €267 million in Q2, 2011.  Lower feedstock prices during the quarter combined with the general macroeconomic uncertainty have influenced sentiment in the Chemical Intermediates businesses.  The heavy industry turnaround schedule has maintained a strong supply side influence on the Phenol business during the quarter leading to healthy margins and volumes. The Oligomers business has experienced steady demand and solid margins in all sectors. Volumes and margins for the Nitriles business continue to be relatively weak, with subdued demand for acrylic fibre and ABS. The Oxide business had a mixed performance for the quarter with EO demand in Europe holding up but  offset by slow demand for glycols, especially in Asia.

O&P North America reported EBITDA of €132 million compared to €163 million in Q2, 2011. The business has continued to benefit from its flexibility to be able to utilise cheaper gas feedstock to maintain good margins, resulting in another record quarterly performance (before inventory holding losses). The US cracker business environment continues to strengthen with lower feedstock costs strengthening cracker operating margins during the quarter.  Polymer demand remains solid overall, with derivative exports filling the gap from weaker domestic demand as gas crackers remain very competitive globally.  One of the crackers at Chocolate Bayou had a scheduled turnaround during the quarter, which has now been completed successfully.

O&P Europe reported EBITDA of €57 million compared to €146 million in Q2, 2011.  Demand for olefins in the quarter was moderate, with butadiene continuing to perform well. The large decreases in naphtha prices in the period led to healthy cracker margins during the quarter, however volumes have decreased with some customers destocking in the period. The cracker at Rafnes, Norway completed a major scheduled turnaround in the quarter. Polymer demand was subdued, as customers anticipated lower prices in the wake of weakening oil and naphtha prices.  Softness in the commodity polymer markets has also resulted in low margins.

In May 2012 the Group successfully issued $775 million Senior Secured Notes due 2020 and a new Senior Secured Term Loan totalling $3,025 million.  The net proceeds were used to repay all of the remaining indebtedness under the Senior Facilities Agreement, together with accrued PIK interest and associated issue costs. 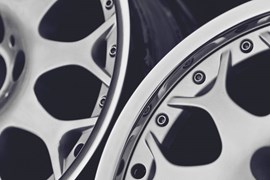