Two former local students, Adam Crowe from Graeme High and Amy Geurts from Braes High School have been recognised by their respective INEOS businesses for the hard work, dedication and achievements during their Modern Apprenticeship vocational programmes.

For Adam Crowe the accolade of the INEOS Chemicals Grangemouth Apprentice of the Year also sees him presented with the ‘George Hall Achievement Award’.

In 2016, in memory of George, who worked at the INEOS Grangemouth site for almost 40 years, his family donated an award in his name to be presented on an annual basis to a third or fourth year Modern Apprentice.

Stuart Collings, CEO of INEOS Chemicals Grangemouth, said, “Each year we seek to recognise an apprentice who has excelled in every aspect of their vocational training programme and each year the calibre of nominees continues to impress. This is testament to the commitment of all the apprentices, their supervisors and assessors underpinned by the quality of teaching and learning experiences at Forth Valley College. It is with immense pleasure that we are making this award to Adam as the Modern Apprentice of the Year for 2022 and in the memory of a valued employee.”

The awards of Apprentices of the Year will be made in the presence of George’s widow, Jane and son, Chris.

Jane Hall said, “I would like to thank INEOS for continuing to make this annual award in George’s name and for ensuring that his legacy, as a firm advocate for modern apprenticeships, lives on. I feel sure that George would have been so pleased that the calibre of INEOS’ Modern Apprenticeship Scheme is continuing to be upheld and that Adam is a very worthy recipient of this award in his name.”

Adam, Process Modern Apprentice, commented, “I would like to thank everyone for their support in helping me to achieve these awards and in my on-going development towards qualifying as a Technician at INEOS Grangemouth. As apprentices, there is tremendous guidance and mentoring in place from experienced and knowledgeable people that ensures we all do our best and achieve our full potential. I am extremely proud to have received the Modern Apprentice of the Year and George Hall Awards and in following in the footsteps of previous Award holders.”

And for the first time, INEOS FPS are to make an award to one of their Modern Apprentices with the inaugural INEOS FPS Apprentice of the Year Award presented to Amy Geurts.

Andrew Gardner, CEO of INEOS FPS, said, “Modern Apprenticeships are a fantastic route into employment, providing a combination of skills-based learning at College with practical work-based placements at our assets in Scotland. I am delighted to present the FPS Modern Apprentice Award for 2022 to Amy Geurts and to congratulate her and all of the other FPS Apprentices for their wholehearted commitment to the vocational programme. As we move forward with our plans for a sustainable future, it is important that we develop talent amongst all our employees, including apprentices. They will play an integral role in the future success of our business and the delivery of our net zero road map.”

Amy Geurts, Mechanical Apprentice, said, “Being a modern apprentice with INEOS was one of the best decisions I have ever made. We have excellent supervisors at the site and lecturers at the college who support and encourage us to develop. I am very proud to have been selected as the first recipient of the INEOS FPS Modern Apprentice of the Year.” 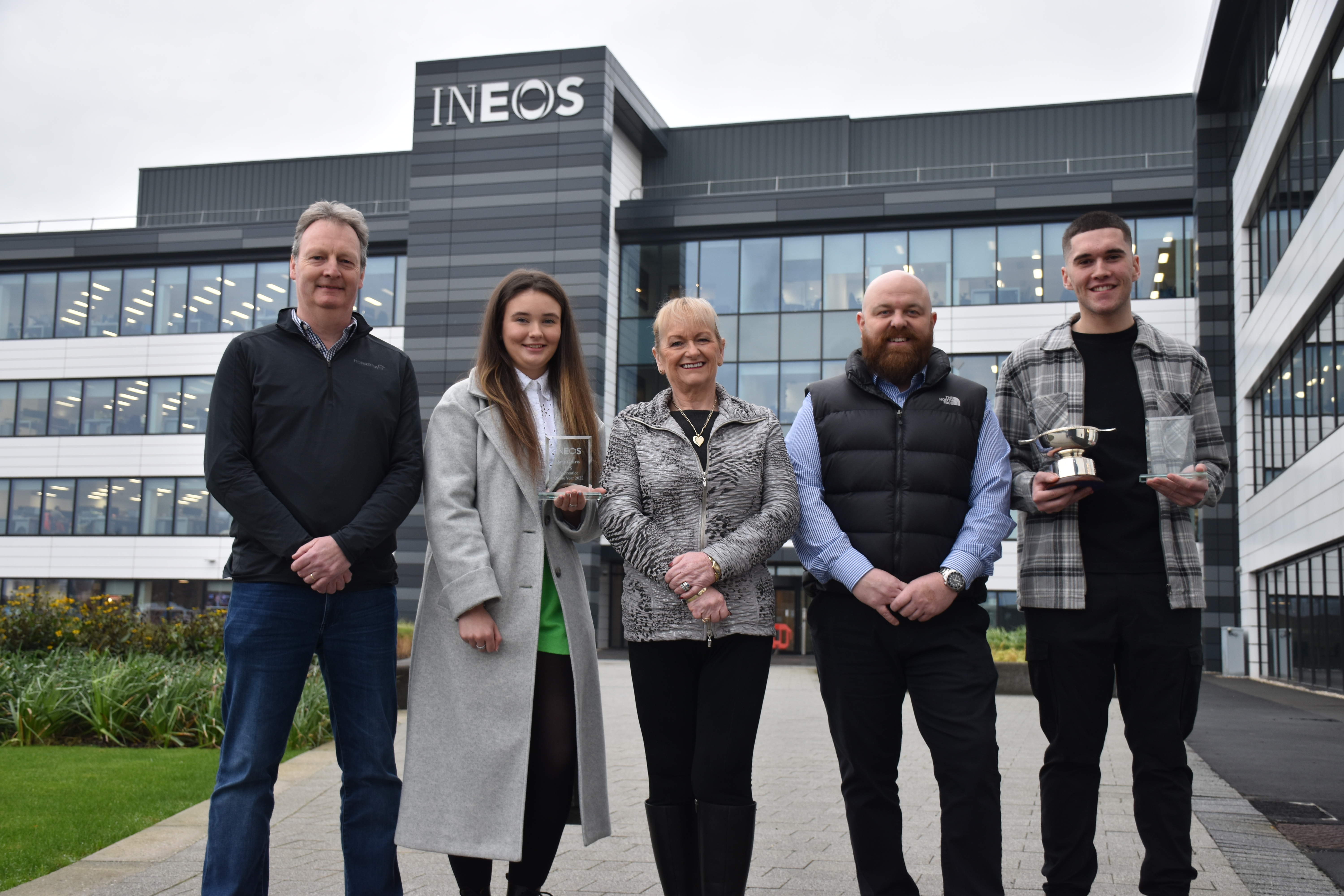