Don’t give up
Issues

Luke Wigman and Ibi Ali lined up with the children for the start of the races, which had been organised by INEOS GO Run For Fun and The Daily Mile charities.

Earlier both men, whose lives and bodies had been shattered by war, had spoken briefly to the 2,500 children about the importance of perseverance, overcoming adversity and challenging yourself.

That’s certainly what they did in 2017 when the two ambassadors for The Defence and National Rehabilitation Centre in Loughborough completed seven marathons in seven days across seven continents.

For the first time, schools signed up to The Daily Mile had also been invited so their pupils could run the 2km race in London.

“The two initiatives have so far inspired over two million children throughout the world to get active,” said The Daily Mile founder Elaine Wyllie.

And performing on stage was The Voice Kids UK winner Jess Folley. “The kids loved it,” said Elaine.

The three-year research project, which is being supported by INEOS, will be delving deeper into the benefits of primary school children running or walking 15 minutes every day. 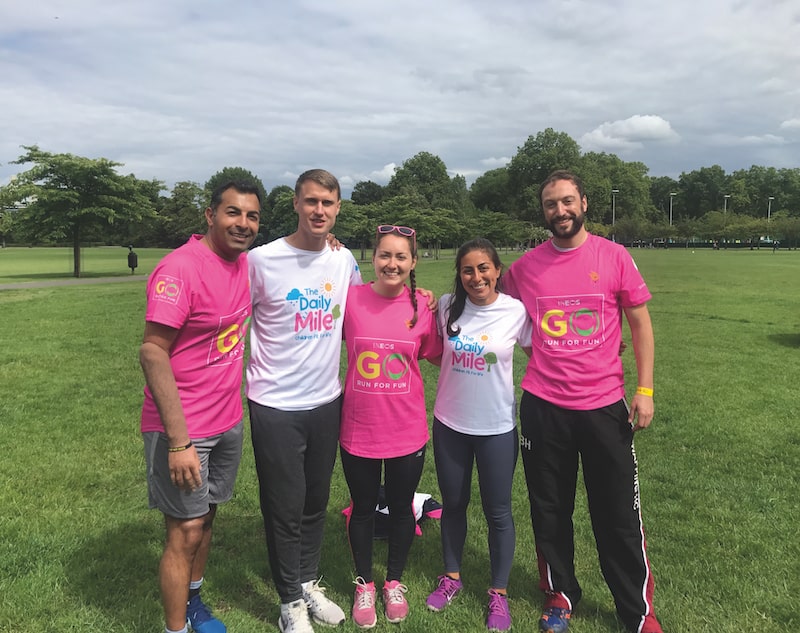 Former Para Luke Wigman (second in from the left) suffered serious leg injuries in Afghanistan when he stepped on a bomb in 2011.

The accident ended his military career but made him a stronger person.

He went on to finish second in two of the world's most mentally and physically demanding marathons – at the North Pole and Antarctica.

He has also represented Britain in the Invictus Games 2014 and 2016, twice winning the 1500m gold medal.

Ibi Ali (far left) was a Captain in the British Army when he was seriously injured by a roadside bomb in Iraq in 2007.

Despite losing his right hand in the blast and sustaining injuries to his left hand and right leg, he continued to lead his men, and was later awarded the Military Cross.

After treatment, he returned to the frontline 18 months later and continued to serve his country until 2013 when he left the Army to help raise money for Walking With The Wounded by climbing Mount Kilimanjaro and skiing to the South Pole with Prince Harry and 12 other injured service personnel.

Since then he has completed the much-vaunted Marathon des Sables in 2015 and earned medals at the Invictus Games in Orlando 2016.