Chemical Intermediates reported HC EBITDA of €267 million compared to €275 million in Q2, 2010.   Demand for chemical intermediates has continued to be very strong across all sectors.  The market for acrylonitrile has been solid with good demand for both fibre and ABS, and margins have remained healthy.  Demand for phenol and acetone has been very strong across all applications.  Demand for Oligomers remains robust across most sectors, particularly for PAO and PIB.  There were scheduled turnarounds at Joffre, Whiting and Cologne in the quarter. The Oxide business continued to benefit from strong demand for its derivative products.

O&P Europe reported HC EBITDA of €146 million compared to €157 million in Q2, 2010.  Demand for olefins in the quarter continued to be strong, resulting in high cracker utilisation rates. Cracker margins have been at top of cycle levels, supported by the exceptionally strong butadiene market.  Demand for polyolefins has been good with generally balanced markets, resulting in solid margins in the quarter.

O&P North America reported HC EBITDA of €163 million compared to €78 million in Q2, 2010.  The business has continued to benefit from its flexibility to be able to utilise cheaper gas feedstocks (both ethane and propane) to maintain good margins.  Demand for both olefins and polymers has remained tight in the quarter.

The Group has continued to focus on cash management and liquidity.  Pro forma for the impact of the Refining disposal, net debt was approximately €6.3 billion and net debt leverage was approximately 3.3 times.  The disposal proceeds (after expenses) will be utilised to repay a proportion of the Term Loans under the Senior Facilities Agreement.

* Includes a pro forma adjustment of €82 million for the impact of the lightening strike at Chocolate Bayou, the severe weather conditions at Grangemouth and the strikes at the Port of Marseilles in Q4, 2010. 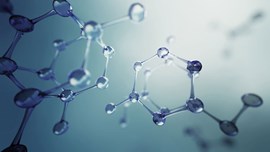