At the heart of the petrochemicals site is the KG ethylene cracker which produces the feed materials used by the other chemicals plants. The unit has an ethylene production capacity of around 1 million tonnes per year between them. The KG (Kinneil Gas) unit is a gas cracker using mainly ethane and propane as its raw materials. Grangemouth's ability to crack gas feedstocks has significant commercial advantages.

The Grangemouth Refinery processes around 200,000 barrels per day of crude oil, producing more than 9 million tonnes of fuels per year. The refinery’s oil feedstock is mainly supplied by the neighbouring INEOS-operated Kinneil oil and gas processing plant, with an increasing proportion imported to the site via pipeline from the Finnart Ocean Terminal located 90 kilometres west of Grangemouth.

INEOS Newton Aycliffe Ltd manufactures PVC resins and PVC compounds at the160 acre site, which comprises two businesses, INEOS ChlorVinyls and INEOS Enterprises Compounds business. It has a capacity of around 290 kte per annum of PVC resins from the largest S-PVC production site in the UK and some 122 kte per annum of compounds from the largest single site PVC compounding plant in Europe with these products sold to other businesses in the construction, cable insulation, packaging, automotive and medical industries.

INEOS Enterprises Helsingborg Site forms part of the INEOS Compounds group which also consists of the sites in Sins in Switzerland and Newton Aycliffe in England. The annual capacity of PVC Compounds from this site is 22 000 tonnes. The plant is located in the town of Helsingborg by the coast in the south of Sweden. The site employs approximately 55 staff and manufactures PVC Compounds for a variety of applications. The products are delivered mainly in the Nordic market as rigid and flexible pellets as well as in powder form called “dry blend”.

INEOS Compounds Switzerland AG is located in Sins, close to Zug and Lucerne. The site employs 45 staff and has an annual capacity of 30,000 mt of PVC Compounds. It has a regional focus, serving central and east Europe, including Switzerland, Germany, France, Poland and Slovakia. Products manufactured here include rigid and flexible compounds in granules and dry blends that are used in various applications in the automotive, building and medical industry. 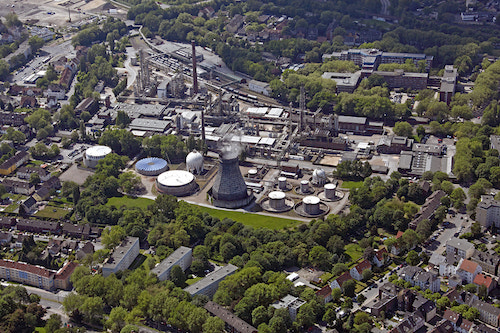 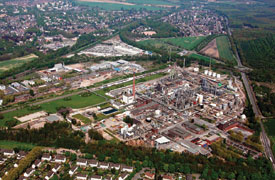 Ashtabula’s commitment to sustainable growth balances the company’s responsibility to provide economic value while respecting the social concerns of the community in which we operate and demonstrating care for the environment.

INEOS Pigments’ corporate headquarters is located in the world-class research and administrative facility in the Baltimore, Maryland, suburb of Glen Burnie. The facility is home to commercial, supply chain, finance, human resources, research and development, and technical services departments for the company. The employees here support the company’s commitment to titanium dioxide and the coatings, plastics, paper industries.

Caring For The Environment

The INEOS Pigments’ corporate headquarters is committed to sustainable growth balancing the company’s responsibility to provide economic value while respecting the social concerns of the community in which we operate.

The Timmins Site is a state of the art sulfur dioxide production facility in Timmins, Ontario. Customers in Canada are able to source material within the region and help support the local economy. The site occupies 5 acres and employs around 20 people.

The Port Neches plant is a major production site of sulfur dioxide and related derivatives. The facility manufactures sulfur dioxide and derivatives such as sodium bisulfite, sodium metabisulfite and sodium thiosulfate and serves customers in both North and South America. It employs around 70 people on 20 acres in the Texas Gulf Coast region.

The former ISP MARL now INEOS Solvents Marl GmbH is located at the Marl Chemical Park. In 1993 the old acetylene plant from 1939 was put out of service, and a new, state-of-the-art acetylene plant was put into operation. In 2007 a new plant for the production of 2-Butenediol (B2D) with a capacity of a 3,500 metric tons per year was put into operation. The plant was running at capacity already in the first year of operation.

In the midst of the global financial and economic crisis in 2009, the 2,000,000th metric ton butanediol was produced. ISP Inc. was acquired by Ashland Inc. (ASH) in August 2011. In 2014 a new formaldehyde plant with a capacity of 54,000 metric tons per year was opened at ISP Marl GmbH with the aim to secure the supply of raw materials. In November 2018, INEOS Enterprises announced the completion of the acquisition of the entire composites business of Ashland Global Holdings Inc., including the Ashland production facilities at Marl Chemical Park. Since 1st September the former ISP MARL GmbH is now operating as INEOS Solvents Marl GmbH.

The Bilbao Sulphuric Acid Plant is located in the Port of Bilbao in Northern Spain, only 20km from the city. The facility was commissioned in 2013 and makes use of the most recent technical advances in sulphuric acid production, heat recovery and electricity generation. The plant produces high purity sulphuric acid and oleum (acid equivalent capacity of 340 thousand tonnes p.a.) as well as molten sulphur through its re-melting facility. The products, sold regionally and exported, are used in a wide variety of applications like ore leaching, oil refining, chemical manufacturing and fertilisers.