INEOS Group Holdings PLC (‘IGH’ or ‘INEOS’) confirms its trading performance in the fourth quarter of 2008.

Based on unaudited management information Replacement Cost EBITDA (‘RC EBITDA’ - EBITDA adjusted to exclude inventory holding gains and losses) for the fourth quarter was €302 million.  Historical cost EBITDA was a loss of €703 million, after accounting for the impact of inventory holding losses in the fourth quarter of €1,005 million, reflecting the significant decline in oil prices in the period.

INEOS has successfully implemented the short term action plan as set out in the lender presentations made in November 2008.  Fixed costs in Q4, 2008 were reduced by the target of €60 million. This ensures that the Group is now at a run rate to achieve the planned fixed cost savings of €200 million in 2009.  Despite the difficult economic conditions, the Group was able to continue to run all of its ethylene crackers throughout this period.  The planned closures of two polypropylene lines at Battleground, Texas and the per/trichlorethylene assets in Runcorn, England have been implemented and the cumene plant in Port Arthur, Texas has been mothballed.  The relevant actions have also now taken place to reduce  capital expenditure levels to the target of  €250 million in 2009 although expenditure is likely to be higher in the first quarter of 2009 compared to the remaining quarters, as the Group completes certain projects already started in the prior year.  The Group has also announced a working capital improvement programme aimed at reducing physical inventory levels by 20% on average compared to historical norms by the end of quarter 1, 2009.

Refining results in the fourth quarter continued to benefit from a solid demand environment.  RC EBITDA was €102 million for the quarter.  Margins on middle distillates such as gasoil, diesel and jet fuel were good, as demand remained strong with relatively tight supply conditions being experienced in Europe. Overall volumes were slightly down compared to the same period last year due to the scheduled FCCU turnaround at Grangemouth in the quarter.

O&P Europe reported an RC EBITDA of €59 million for the quarter. The segment encountered a very weak market in the fourth quarter with customer de-stocking and low demand in the automotive and construction sectors in particular resulting in a significant fall in sales volumes compared to the same period last year.  Margins on a replacement cost basis increased as raw material prices declined sharply during the quarter.

The O&P North America segment reported an RC EBITDA of €61 million for the quarter.  Rapidly weakening economic conditions led to significant reductions in sales volumes in the quarter.  Margins on a replacement cost basis widened as falls in raw material prices outpaced the decline in sales prices during the quarter.  The business also continued to optimise its advantaged gas feedstock position to maintain margins.

Chemicals Intermediates RC EBITDA was €80 million for the quarter.  All of the main businesses in the segment (Phenol, Nitriles, Oligomers, Oxide and ChlorVinyls) experienced significant declines in sales volumes as downstream demand (especially in the automotive and construction sectors) reduced sharply.  However, the vertical integration of the Group across the value chain enabled us to keep all of our plants operating during the quarter and capture margin where still available. RC EBITDA for the Nitriles business in the quarter also includes a charge of €30m in respect of an overstatement of inventory holding gains in prior periods of 2008.

INEOS experienced significant operating cash inflows in the quarter. Reduced working capital levels arising from the significant falls in the price of crude oil and oil-based feedstocks resulted in an inflow of €742 million in the quarter.  Capital expenditure was €622 million for the year, with €191 million spent in the fourth quarter.  Net debt was approximately €7.5 billion at the end of December 2008.  As previously reported, cash balances at the year end were €650 million and repayments under the securitisation facility amounted to €360 million in the fourth quarter.

Trading at the start of Q1, 2009 has been challenging with some continued customer de-stocking and many end consumers keeping their plants closed for a prolonged period after the seasonal break.  Nevertheless, market conditions are now showing some signs of slow but steady improvement, partly led by increasing demand from Asia.  Both of our refineries have continued to run at maximum rates during January and February, led by firm middle distillate demand and some improvements in demand for gasoline.  There are signs of some steady improvement in demand for olefins and polyolefins, with the Group’s crackers now running at average utilization rates of 85%.  Demand in the Chemical Intermediates businesses shows a similar picture with some products such as acrylonitrile, ABS and oligomers showing improved levels of demand. Other products such as phenol and PVC continue to be relatively weak though.

The Group continues to focus on cash management and liquidity. As of February 20, 2009 cash balances amounted to €590 million and undrawn revolving credit facilities were €200 million.

An investor conference call is scheduled for March 5, 2009 which will cover these 2008 results, comments on the Group’s liquidity position and other initiatives the Group has taken to deal with the current economic conditions. 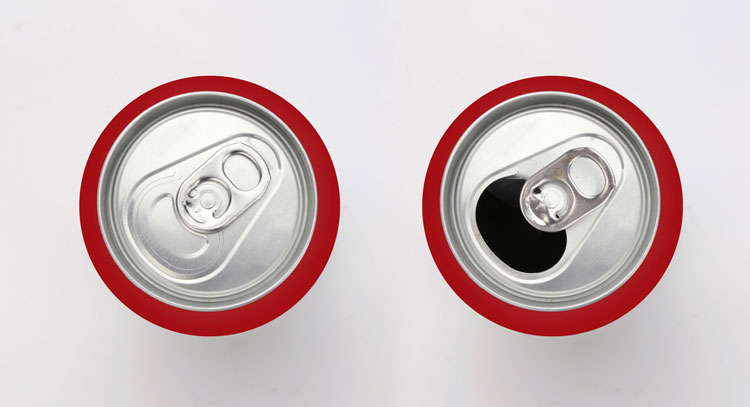