INEOS Enterprises is a global market leader in the production of intermediary chemicals. We have a diverse portfolio of chemical products that are used as an essential input into chemical value chains across a broad variety of end markets and sectors, such as paints, coatings, construction, automotive, packaging and medical devices.

Our businesses hold market leading positions from the largest IPA producer in Europe to the largest global producer of VER and Gelcoat. As well as meeting customer product and specification requirements, whether that be through our market leading grades of TiO2 or proprietary SO2 clean technology.

INEOS Solvents Ethanol, due to its high solvency performance is used as a versatile process solvent for a wide range of reactive and non-reactive process steps, as well as being used as re- crystallisation solvent in its own right.

INEOS Solvents BDO chemical commodity used to manufacture various polymers that are in turn used for making plastics, elastic fibre and other solvents. Sulphuric acid is one of the world’s largest industrial chemicals. INEOS’ sulphuric acid is used in the manufacture of a whole series of products such as hydrofluoric acid, caprolactum, ammonium sulphate, titanium dioxide, acrylonitrile and methyl methacrylate. These products serve many end markets ranging from refrigerants for air-conditioning units and domestic appliances to engineering polymers (PTFE, nylon, acrylic polymers), fertilisers, paints and coatings.

INEOS Joliet PIA is primarily used in the production of polyethylene terephthalate (PET), as well as the manufacture of plastics requiring better thermal and chemical resistance, therein improving overall durability. TMA has three primary end uses in the chemical industry for the production of trimellitate esters (used in automotive) and saturated polyesters/epoxy polyesters (used in coatings and insulation.

INEOS Compounds produce a range of products that can be used in construction from the floor up; ranging from PVC flooring compounds to ridge tile compounds. Other opportunities within this sector are our dry blend compounds for the manufacture of PVC windows, used in conjunction with gasketing materials. INEOS Compounds offer a full range of products covering conservatory manufacture from flooring, cable management and trunking to roof sheet and finials, all in addition to the conservatory frame itself. Guttering systems, inclusive of drain pipes are also a major application in this area.

INEOS Pigments Titanium Dioxide provides the opacity and whiteness required by many paints and coatings.

INEOS Solvents Ethanol is an important solvent for the coatings and inks industry, particularly when used with flexible packaging for food contact.

PDV salt is manufactured to stringent food hygiene standards; it is also an important ingredient for the food industry where it is used for preservation and curing and for flavour enhancement.

Microfine Salt produced by INEOS is primarily used in food manufacture such as snack foods, butter and cheese making where a finer grade of salt is required for smooth processing.

Sea Salt is available to compliment high purity vacuum salts that are produced by INEOS Enterprises.

INEOS Enterprises PDV Salt is BRC accredited and Kosher and Halaal certified for food use.

INEOS Pigments Titanium Dioxide is used across the automotive sector to achieve the desired colours across components and car bodies. 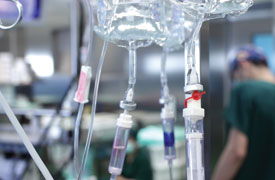 INEOS Compounds  PVC compounds are used in the manufacture of medical devices including blood bags, tubing, IV sets and catheter devices CEREPLASTM Esters are widely used as plasticisers, which are particularly suited for use in the PVC products designed for the medical industry.

INEOS Solvents Ethanol meets all the requirements of the United States Pharmacopoeia (USP), the European Pharmacopoeia (EP) and the British Pharmacopoeia (BP). This allows our Ethanol to be used as feedstock and solvent in pharmaceuticals manufacture of insulin and anti-viral compounds.

INEOS Solvents IPA and Ethanol are both key raw materials in the manufacture of disinfectants, hand sanitiser and alcohol wipes.

INEOS’ sulphuric acid is used by the water industry for pH control and as ion exchange resin regeneration. 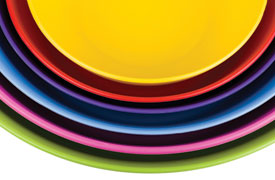 INEOS Compounds offer both flexible and rigid compounds for packaging covering the market from cosmetic containers to medical bottles and storage and crates.

INEOS Compounds rigid PVC materials are used in the extrusion of underground, soil and drainage pipes.

In the cosmetic sector, INEOS Solvents Ethanol is used in products such as antiperspirants, deodorants, perfumes, mouthwash, hair sprays and various other toiletries.

INEOS Composites Glencoat is a key material in the construction of rotor blades for the wind sector.