Last year INEOS announced that it was to invest £500 million into its Forties Pipeline System (FPS) and deliver a transformational improvement that will extend the life of the pipeline by an additional twenty years, supporting North Sea Oil & Gas production into the 2040s and beyond.

One of the first tangible investments is the recently delivered Queensferry tug (above), the newest vessel to join the INEOS-owned fleet at FPS’ Hound Point marine terminal in the Firth of Forth. Alongside the Dalmeny and Hopetoun, its name continues the tradition of recognising notable places and landmarks in the vicinity.

The trio of tugs, each crewed by a full-time professional team of three, perform a variety of roles. Primarily they ensure the safe navigation to and from the open sea, berthing some of the world’s largest tankers to the crude oil loading terminal. These 2million+ barrel capacity ships are escorted and then safely manoeuvred alongside Hound Point (below), prior to being loaded with Forties Blend crude oil from the FPS Dalmeny oil storage facility, nearby.  These tugs are used for escort, fire-fighting and pollution response, and the tug fleet forms the backbone of the terminal emergency response capability.

Intermittently the tugs are further tasked in the Firth and on the East coast assisting general shipping including oil-rigs and cruise ships as well as British naval vessels, including the UK’s two aircraft carriers. 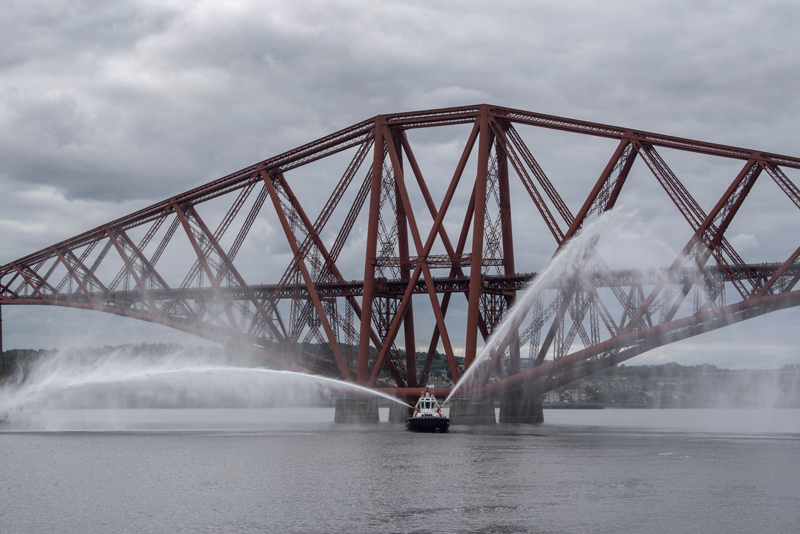 A bespoke vessel, the Queensferry has been carefully designed with extensive detailed local (Hound Point) input to optimally perform in all respects.  It delivers a step change in performance in terms of power (Caterpillar/Rolls-Royce propulsion), manoeuvrability, stability, reliability and economic efficiency.

Internally, there is a state of the art engine-room and wheelhouse/ control centre (below) with panoramic visibility. There are comfortable en-suite cabins and messing facilities for the crew, who typically work two weeks on/off.

Andrew Gardner, FPS CEO says, “We are delighted with the performance of the Queensferry. The purchase of this new tug is part of FPS’ programme to invest in all parts of our business, including the pipeline itself. Combined, our investments will provide a reliable operation to our customers, well beyond 2040.”

Alongside the tug, the £500m investment to rejuvenate FPS, delivering a long-term reliable asset that meets the needs of North Sea oil and gas producers is well underway. Work is already being undertaken to upgrade several parts of the FPS system including a major upgrade of the Cruden Bay Site, a replacement of valves on the Unity platform and improvements to the flares at Kinneil – these investments are part of a series of projects that will maintain the reliability of the 500km pipeline system while improving the environmental impact and integrity. 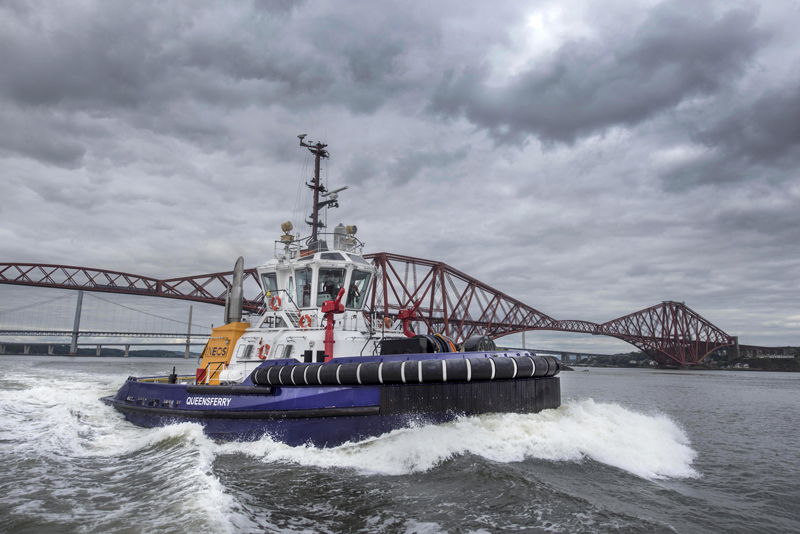