This section describes the Graben Area Export Line (GAEL). It is made up of two sections: The Northern and Southern Spurlines. More information, including contact details can be found here. 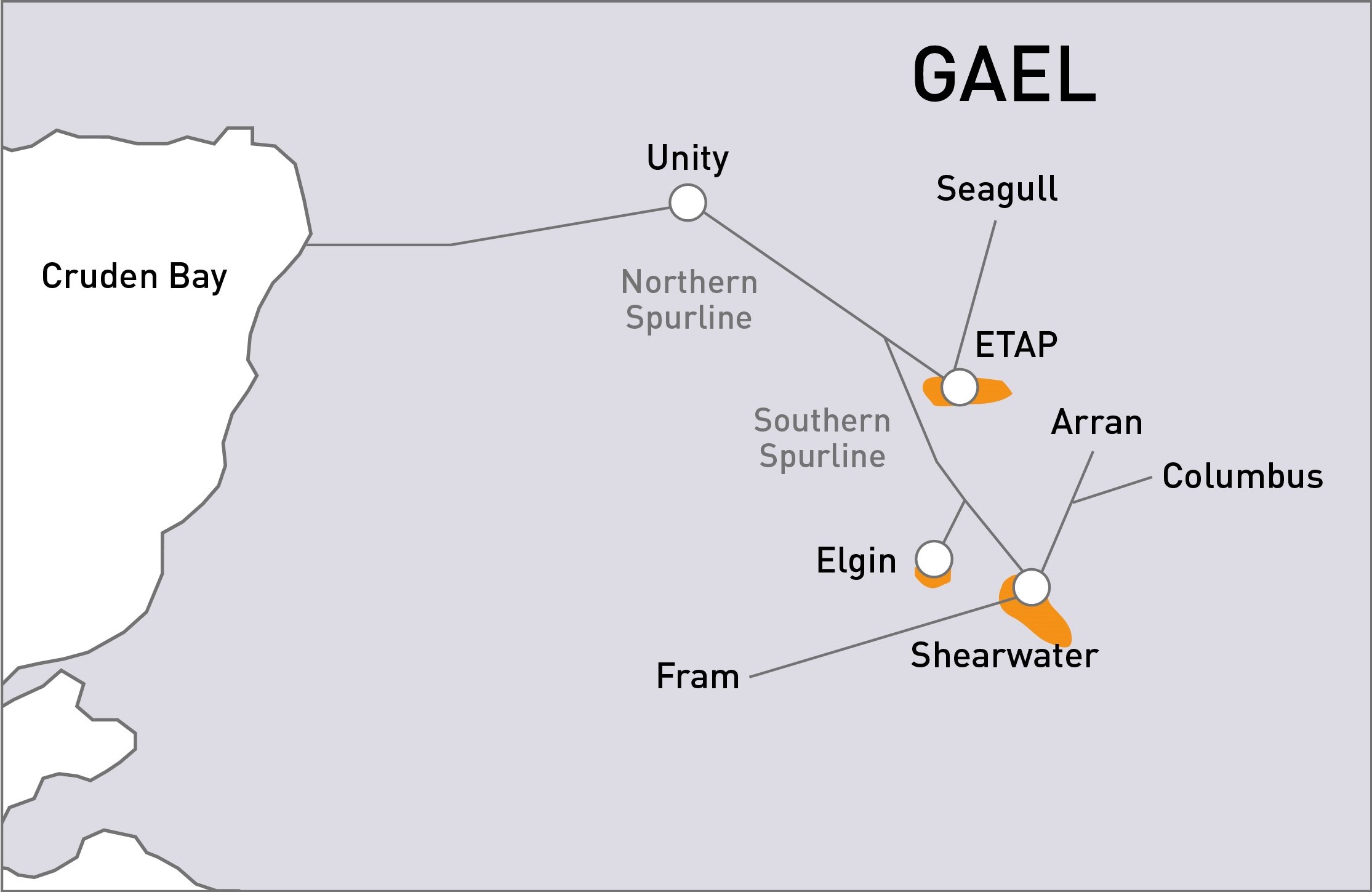 Both the Northern and Southern Spurlines are divided rights systems and each of the owners has a divided capacity right. New business activity has introduced Fram, Arran, Columbus into Shearwater and Seagull into ETAP. Any third party interested in transporting volume through either of the GAEL spurlines should contact: