A first for Britain

US shale gas arrives in UK for the first time

INEOS has today confirmed that the INEOS Insight, has arrived at the INEOS plant at Grangemouth in Scotland carrying 27,500m3 of ethane from US shale fields.

This is the very first time that ethane from US shale gas has ever been exported from the USA to the UK. It provides British industry the chance to benefit from US shale gas economics which did so much to revitalise manufacturing in the USA.

The Insight is one of eight specially designed Dragon class ships that will form a fleet of the world’s largest ethane capable carriers.The Insight has “SHALE GAS FOR MANUFACTURING” emblazoned along its 180 metre length.

Jim Ratcliffe, chairman and founder of INEOS, says, “This is a hugely important day for INEOS and the UK. We are very excited about the kick-start shale gas can give to British manufacturing”

The project has included the design and long term charter of all eight Dragon class ships which will collectively create a virtual pipeline across the Atlantic; connection to the new 300 mile Mariner East pipeline from the Marcellus shale in Western Pennsylvania to the Marcus Hook deep water terminal near Philadelphia, together with new export facilities and storage tanks.

INEOS has invested $2bn bringing US shale gas to Europe.

To receive the gas, INEOS has built the largest ethane gas storage tank in UK at Grangemouth in Scotland.

INEOS will use the ethane from US shale gas in its gas cracker at Grangemouth, both as a fuel and as a feedstock.

Jim Ratcliffe adds, “We are nearing the end of a hugely ambitious project that has taken us five years and cost $2 billion, as we begin supply of ethane from shale to our sites in Europe. This is a world first and I am incredibly proud of everyone involved in it. I believe that INEOS is one of very few companies in the world that could have successfully pulled this off. ” 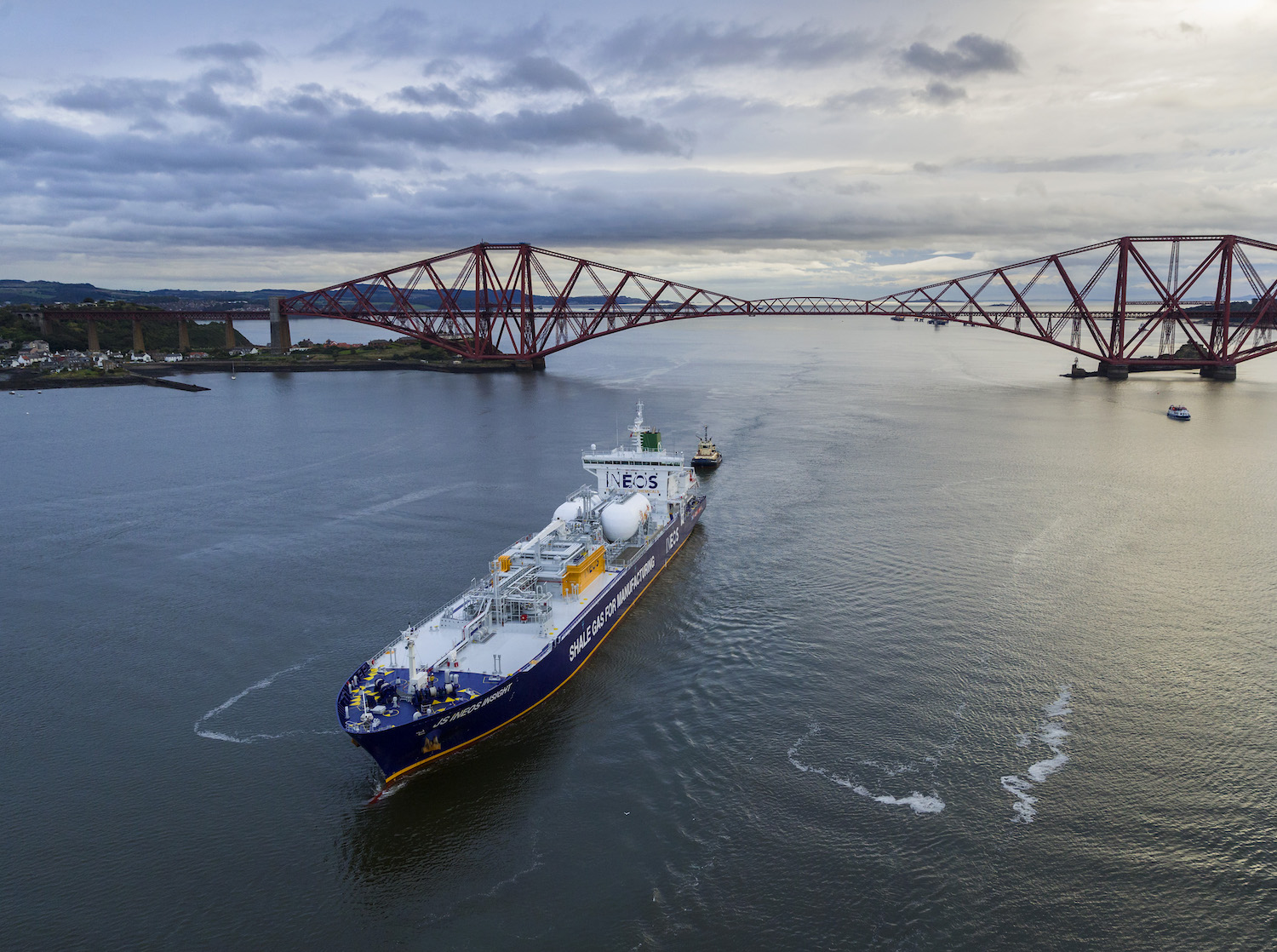