Commission clearance is subject to implementation of an agreed remedy package comprising divestment of the following INEOS owned assets:

In addition, the Commission requires the membrane chlorine plant at Runcorn to be placed in a Joint Venture between the INEOS/ Solvay Joint Venture and the new owner of the aforementioned plants.

The required remedy package must be implemented before the Joint Venture can be formed.

INEOS and Solvay will continue to run their businesses separately until completion of the transaction, which is expected in Q4 2014.

As an international chemical group, SOLVAY industries in finding and implementing ever more responsible and value-creating solutions.  The Group is firmly committed to sustainable development and focused on innovation and operational excellence. Solvay serves diversified markets, generating 90% of its turnover in activities where it is one of the top three worldwide.  The Group is headquartered in Brussels, employs about 29,000 people in 55 countries and generated 12.4 billion euros in net sales in 2012.  Solvay SA SOLB.BE) is listed on Nyse Euronext in Brussels and Paris (Bloomberg: SOLB.BB Reuters: SOLBt.BR).

INEOS is a global manufacturer of petrochemicals, speciality chemicals and oil products. It comprises 15 businesses each with a major chemical company heritage. Its production network spans 51 manufacturing facilities in 11 countries throughout the world.  INEOS products make a significant contribution to saving life, improving health and enhancing standards of living for people around the world. Its businesses produce the raw materials that are essential in the manufacture of a wide variety of goods: from paints to plastics, textiles to technology, medicines to mobile phones - chemicals manufactured by INEOS enhance almost every aspect of modern life. 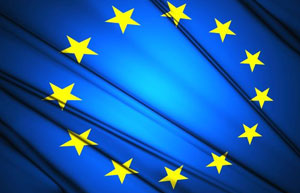