In a huge boost to the European chemicals industry, INEOS Olefins & Polymers Europe has today confirmed that it has reached an agreement with Evergas to order an additional two state-of-the-art ethane vessels.

In October 2012 INEOS agreed the world’s first US ethane export contract when it signed agreements to buy gas from US shale producers and capacity in the Mariner East project.

Investment in a supply of US ethane is vital to secure the long-term competitiveness and sustainability of gas crackers that so far have relied on declining and expensive volumes from the North Sea.

INEOS has now announced it is to add two more ships to its fleet of 6. The increased order for new ethane carriers known as “Dragon Ships” from Evergas, will satisfy the demand from INEOS crackers at  Grangemouth (Scotland) and Rafnes (Norway).

David Thompson, Chief Operating Officer INEOS Trading & Shipping says: "The ethane that we are bringing to our sites from the US is essential to these plants. As the most competitive feedstock in Europe and will be transformational for our operations. The two additional “Dragon Ships” mean we can transport sufficient volumes of ethane to meet the demands of our manufacturing sites and continue to take advantage of significant cost benefits.”

The Dragon Class ships are tailored to meet the specific needs of this project and are built to the latest specifications matching the highest environmental and efficiency performance levels. They are the largest, most flexible and advanced multi-gas carriers yet to be built. They will provide INEOS with a flexible solution for their ethane supplies with the option of transporting LNG, LPG as well as petrochemical gases including ethylene.

Martin Ackermann, CEO of EVERGAS says: “We are delighted that INEOS have decided to order an additional two vessels.  We think this clearly demonstrates a belief in our partnership, and the long term sustainability of this endeavour.” 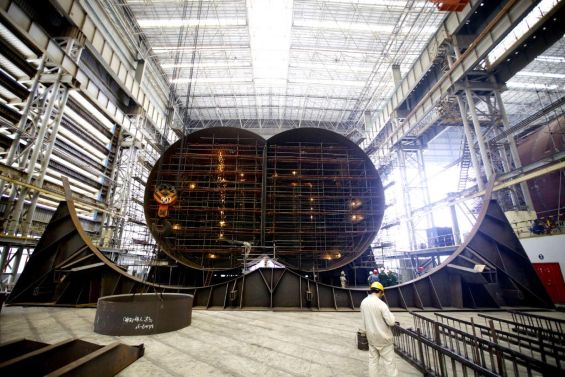