A new pipeline, subsea infrastructure and processing equipment has been installed to re-route production from the Clipper South field as ConocoPhillips commence the shutdown of operations at the existing Theddlethorpe Gas Terminal.

The new subsea pipeline will now transport production to the Shell-operated Clipper platform and onwards via existing pipelines to the Bacton Terminal.

INEOS Oil and Gas UK has completed a project to re-route production from its Clipper South field via the Shell operated Clipper field into the Bacton processing terminal.

The $80m investment into a new pipeline and sub-sea equipment will extend the life of the Clipper South field, following closure in October of the existing facilities at the Theddlethorpe Gas Terminal, previously operated by ConocoPhillips.

David Brooks, CEO INEOS Oil &amp; Gas UK commented “The completion of the project is another example of INEOS’ commitment to our Oil &amp; Gas business and supports the Government’s strategy to maximise economic recovery of gas from the North Sea. It is a great achievement for our business and has been made possible through our project team’s hard work and dedication.”

“We would like to thank Spirit Energy, our JV partner, for their support throughout the project and the operational, technical and commercial collaboration with Shell as the owner of the facilities.”

Eric Marston, Area Manager, Southern North Sea at the Oil and Gas Authority said: “The re-development and re-routing of the gas pipeline showed great adaptability and resolve to extend the life of the Clipper Field. It’s a great example of collaboration between operators INEOS, Shell and Spirit Energy in working together to deliver this project.” 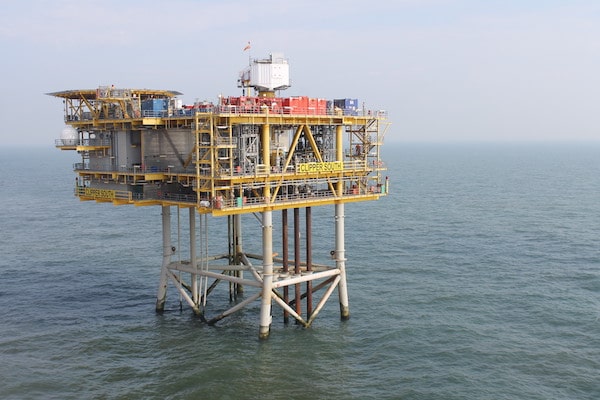