INEOS, one of the largest manufacturing companies in the world, has today announced that it has started delivering one million bottles of hand sanitiser each month to hospitals across Southern France.

Hand to mouth contamination is one of the main ways that the Coronavirus infects people and there is a critical shortage of hand sanitisers across France and Europe.

All of INEOS' nine polymer and chemical divisions are currently supplying products for the medical and pharmaceutical industries and many of them are now being used in the fight for COVID-19 vaccines and treatments.

INEOS produces chemicals that go into antibiotics, para­cetamol, anti-inflammatories, ­anti-virals, aspirin and the reagent chemicals that go into testing kits. We’re producing the plastics going into medical equipment, face masks, ventilators, sterile gloves, eye visors and our acetonitrile is used in essential pharmaceutical analysis in the procedures necessary to find a vaccine. The list goes on and on.

The Marseille Hospital was the first hospital to receive free hand sanitiser from INEOS in France which will help to keep our front-line workers safe in the fight against COVID-19. The first product was delivered on Friday 10th April. The first-hand sanitiser delivered free of charge to the staff. We will continue to supply all their needs, 5300 litres per month until the end of the pandemic.

"We are facing an increased demand for hand sanitisers. Making sure hands are sterile with a hydro-alcoholic solution is important for front line workers and so consumption has exploded. Fortunately, we have a company like INEOS mobilized with us to allow us to ensure the demand that we have from all hospital departments. The fact that INEOS makes hydro-alcoholic solutions available in France and in Europe is a huge plus, as demand will remain significant even after the confinement has ended."

"The use of hydro-alcoholic solutions is one of the major ways for us to break the chain of contagion since the virus is mainly transmitted by hands. We need this product for healthcare professionals who use it very regularly. We are facing very low stock problems since we have multiplied by 5 our need since the beginning of the health crisis. The product is very effective and acts quickly on the virus. Hence the importance of having an industrialist like INEOS who is capable of manufacturing a quality product in large quantities and who makes it available to healthcare professionals who are on the front line." 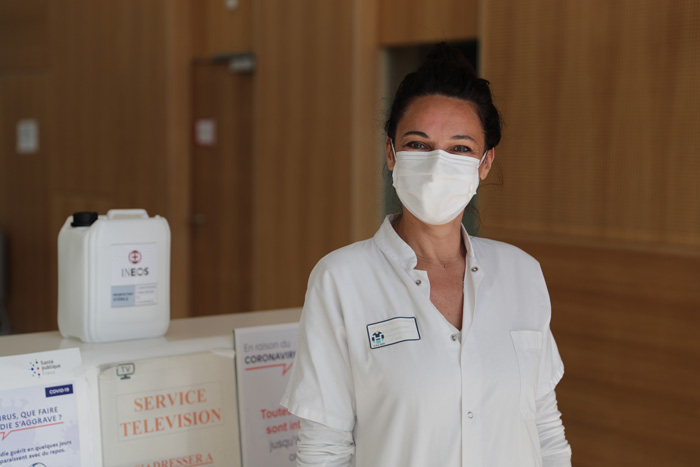