INEOS, one of the world’s largest manufacturing companies, is to launch a challenge for the 2021 America’s Cup.

INEOS has formed INEOS Team UK and is making the biggest ever British investment in the America’s Cup in an unprecedented effort to bring the trophy back to Britain for the first time since the competition was established in 1851.

INEOS Team UK has teamed up with Sir Ben Ainslie who will lead the design and build boat programme and skipper the racing yacht.

Jim Ratcliffe, INEOS chairman, says, “The America’s Cup is one of the world’s most competitive yacht races and Britain has never won it, despite founding the competition over 150 years ago. With the team we have assembled, we believe we can get a fully competitive boat to the start line. After that it’s all down to the fine art of sailing. Ben is arguably the best sailor that Britain has ever produced so we should have a fighting chance of success.”

INEOS, one of UK’s and the world’s largest petrochemicals and manufacturing companies, is launching a challenge for the 2021 America’s Cup.

INEOS has formed INEOS Team UK to compete for the trophy and is committed to spending £110 million – the biggest ever British America’s Cup investment - to bring the Cup back to the Britain.

INEOS will use its world class technologies and manufacturing know-how to support Sir Ben Ainslie in developing an internationally competitive boat and give INEOS Team UK the best possible chance of success.

Jim Ratcliffe, founder and chairman of INEOS, says, “INEOS has taken on many serious projects in the past but none more exciting than this. We have a first-class team and will do everything we can to bring this trophy back to Britain where it belongs.”

INEOS has partnered with Sir Ben Ainslie and his team to design, build and race the two-boat strategy. The boats will be 75 ft foiling mono-hulls and will use the very best of British technology and boat construction.

Sir Ben is Britain’s most decorated and the world’s most successful Olympic sailor. He was a member of the 2013 America’s Cup winning team and is INEOS Team UK’s Team Principal and Skipper.

INEOS Team UK’s CEO is America’s Cup legend, Grant Simmer, who has competed in 10 America’s Cups and won four, first as a young navigator aboard Alan Bond’s Australia II, then twice with the Swiss team, Alinghi, and most recently with Oracle Team USA where – along with Ben Ainslie – they fought back from an 8 -1 deficit to win the trophy.

INEOS Team UK’s Chief Designer is New Zealander, Nick Holroyd, one of the men responsible for Emirates New Zealand’s Cup winning strategy. He is joined by British Olympic gold medallist, Giles Scott, who will act as the team’s Tactician.

Sir Ben says, “This is an amazing boost for British sport. With this significant commitment from INEOS to fully fund a two boat challenge, Britain now has its best opportunity to bring the America’s Cup back home to Britain where it belongs.”

The history of the America’s Cup started at the Royal Yacht Squadron in 1851 when fifteen of its boats raced and lost to a US yacht called “America” from where the cup eventually got its name.

167 years later and Britain has still not won the trophy. The Royal Yacht Squadron Racing has issued the challenge to their rivals and the current Cup holder, the Royal New Zealand Yacht Squadron.

The Cup – affectionately known as the “Auld Mug” – attracts the world’s top sailors and yacht designers and is the world’s oldest sporting trophy. This will be the 36th America’s Cup and will take place in 2021.

Jim Ratcliffe, the founder and chairman of INEOS, adds, “With the resources of INEOS, the skill of Sir Ben Ainslie and his team and the experience of the Royal Yacht Squadron, I think INEOS Team UK has a great chance of success in 2021 and I’m looking forward to the challenge.” 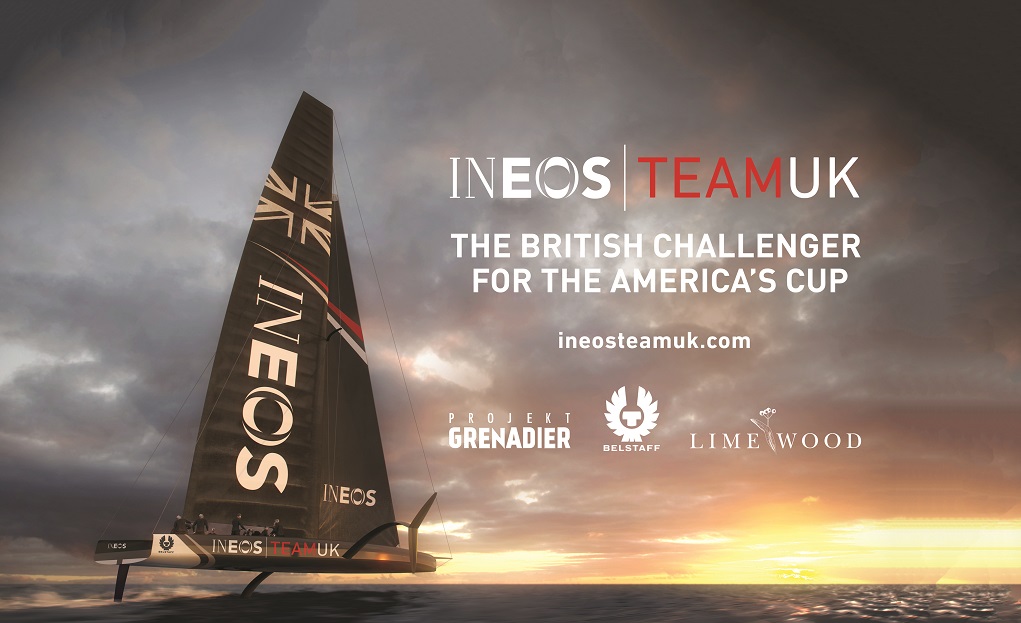 INEOS Olefins and Polymers Europe joins the HolyGrail 2.0 Initiative for...