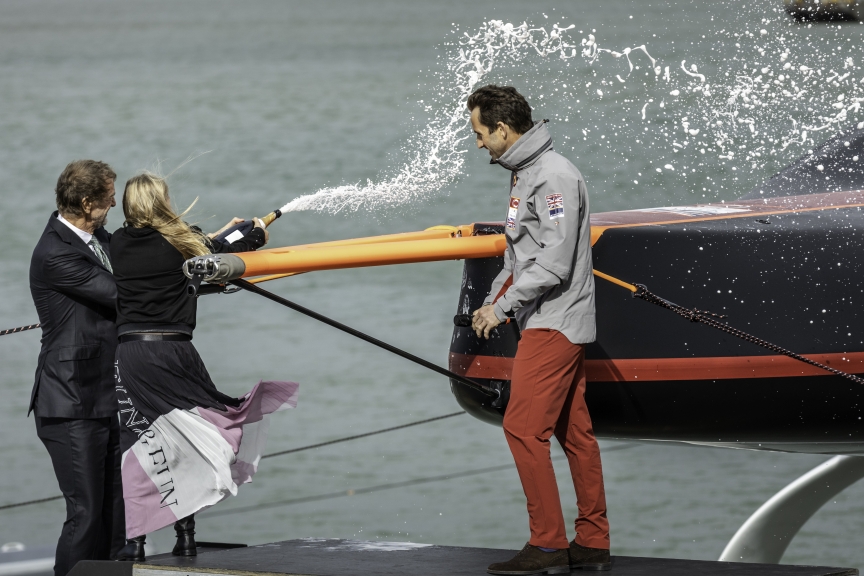 INEOS TEAM UK have officially christened their first America’s Cup race boat from their HQ in Portsmouth, naming her ‘Britannia’ in homage to one of Britain’s most famous racing yachts.

The day marks a landmark moment for the British challenger; coming after eighteen months of the design, build and development of one of the most complex America’s Cup class boats in the 168-year history of the event.

Team Principal and Skipper, Ben Ainslie welcomed owner Jim Ratcliffe and the wider INEOS family, teammates, partners and suppliers to celebrate the naming day; “The quest to win the 36th America’s Cup has required a fresh approach, a new strategy and serious support from INEOS to focus entirely on the mission in hand. I’m hugely proud of the team’s commitment to design and build our first race-boat, it’s taken a serious amount of hard work and now we can’t wait to get Britannia out sailing on the Solent.” 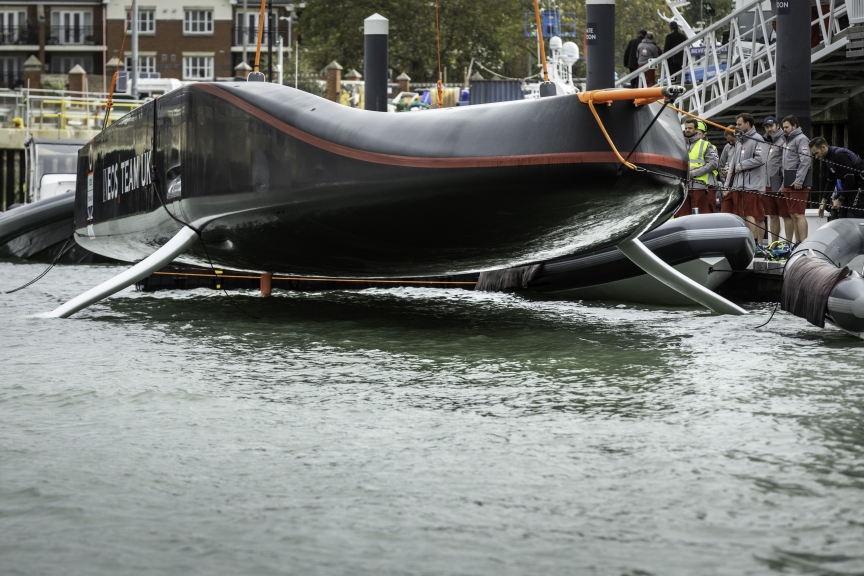 ‘BRITANNIA’ HITS THE WATER FOR THE FIRST TIME © CHRIS ISON

From the moment the AC75 Class Rule was published on 29 March 2018 by the Defender, Emirates Team New Zealand, the team have put over 90,000 design and 50,000 construction hours to get Britannia in the water.

INEOS TEAM UK Chief Designer, Nick Holroyd, outlined the complexity of the challenge; “This AC75 is the first foiling monohull of this size, it’s unlike anything ever seen on the water before, it’s hugely ambitious and it sets out an entirely new type of boat and with only eighteen months to design and build there comes challenges, but that’s what makes the Cup so exciting.” 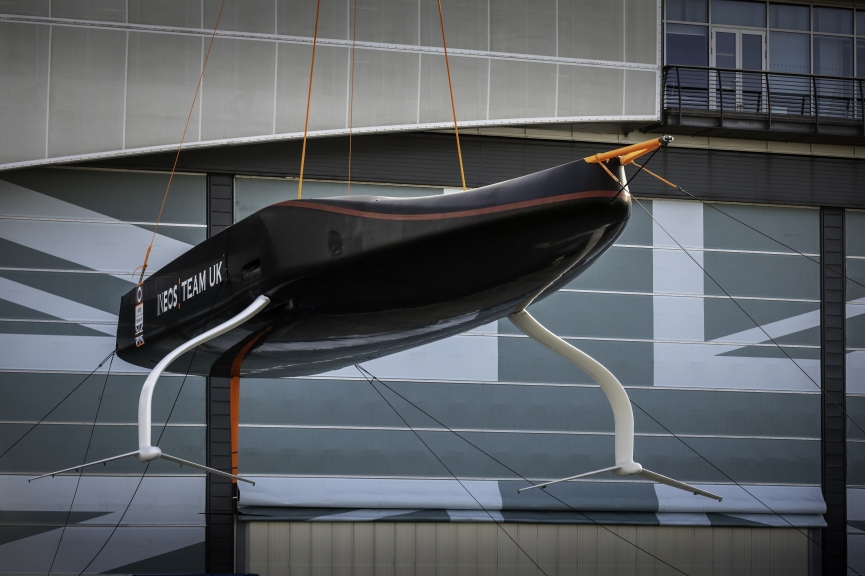 The name ‘Britannia’ was chosen by INEOS TEAM UK founder and owner Sir Jim Ratcliffe in homage to the racing cutter yacht ‘Britannia’ whose name in turn was taken from James Thomson’s famous poem ‘Rule Britannia!’ written in 1740. The original Britannia was built in 1893 for King Edward VII, the then Prince of Wales.

King George V took ownership of Britannia in her final years converting her into a J Class racing yacht, the majestic class that was sailed in three editions of the America’s Cup from 1930-1937. She eventually finished with a lifetime record of 231 race wins and 129 further podiums making her the dominant yacht of the time.

King George V had decreed that his yacht should not outlive him. After his death in 1936, Britannia was stripped of her spars and fittings and towed out to St Catherine’s Deep off the Isle of Wight where she was scuttled by the Royal Navy; in the same waters that the first America’s Cup was raced in back in 1851. Notably, the mast and fittings of the yacht were saved from the scuttling with the wheel subsequently fitted to the wheelhouse of the Royal Yacht Britannia steering her for the next 44 years.

INEOS TEAM UK now have a busy period of testing on Solent waters from their HQ in Portsmouth, before heading to Sardinia for winter testing ahead of the first America’s Cup World Series event in Cagliari from 23rd – 26th April 2020.