INEOS is recognized for its ambitious plan to be the first to bring ethane from shale gas to Europe.

INEOS has won the prestigious “Outstanding Contribution to the Chemical Industry Award” at the 2nd annual Petrochemicals Awards of Excellence.

The award was given to INEOS in recognition for its plan to become the first company to bring ethane from US shale gas to Europe. This means INEOS will be the first company to establish seaborne intercontinental ethane transportation, having announced agreements with Sunoco Logistics for capacity in the Mariner East pipeline and terminal system, and with Range Resources and CONSOL Energy for the purchase of ethane. Evergas is providing customised state of the art vessels for the transportation.

To win the award INEOS beat off strong competition from industry giants like DOW and BASF who were also nominated.

On accepting the award, Fernando Mota, INEOS Feedstock, Energy & CO2 Manager, said: “INEOS is very proud to have won this award, in recognition of our innovative plans to bring ethane across the Atlantic from North America's burgeoning shale gas market.  In so doing we will secure the competitiveness of our assets for the long-term; effectively moving our crackers at Rafnes and Grangemouth into pole position to compete with the best in the world.

We are one of the very few who could have undertaken such a move; we saw the opportunity early and moved quickly in this rapidly developing arena. A move that presents a future opportunity for our customers and benefit to INEOS and its employees.

Additional gas ships have been ordered in recent days, following our deals with other gas suppliers including Consol and our Enterprise Gas Terminal deal in the US Gulf Coast. This brings our fleet tally to six state-of-the-art ships, for supply to our gas crackers in Norway and the UK.

By 2015, the first shipments of gas will arrive, heralding an exciting new phase in the European petrochemicals industry.” 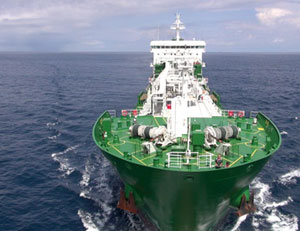