The event, which took place at the Ironmongers’ Hall, London, covered a range of topics, including the INEOS business strategy and INEOS’ sporting ventures.

“One of the things that is quite special about INEOS … is that it’s a very federal structure. We have a series of businesses, 25 now, and they’re very independently managed. They have full accountability, full responsibility.”

“We have direct lines, quite short levels of communication so we can move quite quickly. It’s a model that can grow quite quickly.”

“We have these three key words, it’s part of our DNA: grit, rigour, and humour. The word I most like in INEOS is rigour, and you need to be rigorous … in terms of understanding your business really thoroughly”

“We have invested huge amounts of money in deals, but 80% of deals [outside of INEOS] go wrong.”

When asked how does he change those odds:

“It’s two things. One is rigour, you have to do your homework really well, and you have to be able to walk away if the price is the wrong price. The other lesson from the world of venture capital was a simple one really: the more deals you look at, the better deals you do.”

“To me, the UK doesn’t really have an energy strategy … that’s as coherent as the United States.”

“If we have a winter with … high pressure over the UK and cold temperatures, we’d have a problem.”

“We don’t have energy security at the moment in the UK because of the energy policy in the UK.”

“We change our energy minister every year. We've hardly had an energy minister with a scientific degree. They all do PPE or history or something like that - a bit like the National Opera House being run by a physicist, which I wouldn't recommend.”

On the outlook for industry in Western Europe, Sir Jim said:

“Europe has not been particularly buoyant for quite some time, but one shouldn’t underestimate the impact of energy prices … energy has always been quite important in economic growth.”

“The United States is in a fantastic place, because they invested in nuclear and invested in gas.”

“I’m a lifelong Manchester United fan, and I was there in that most remarkable match in 1999 in Barcelona, which is deeply etched in my mind. Manchester United is owned by the Glazer family. I met Joel and Avram, and they are the nicest people. They are gentlemen. And they don’t want to sell. And it’s owned by the six children of the father, and they don’t want to sell.”

“If it had been for sale in the summer, yes, we would probably have had a go following on from the Chelsea thing. But we can’t sit around hoping that one day Manchester United will become available.”

INEOS is a global manufacturer with annual sales of $65 billion and more than 25,000 employees across 181 sites worldwide.

INEOS produces raw materials and energy that are used in everyday life. INEOS' products make a vital contribution to society by providing the most sustainable options for a wide range of societal needs. For example, for food preservation and maintaining clean water; for building wind turbines, solar panels and other renewable technology; for building lighter and more fuel-efficient vehicles and aircraft; for medical equipment and applications; for clothing; and for insulation and other industrial and household applications.

INEOS companies have set up plans and actions to ensure their transition to a net zero economy by 2050 and to stay ahead of evolving regulations and legislation. As part of its strategy to reduce greenhouse gas emissions, INEOS aims to move towards a more circular economy, in which materials are reused time and time again. 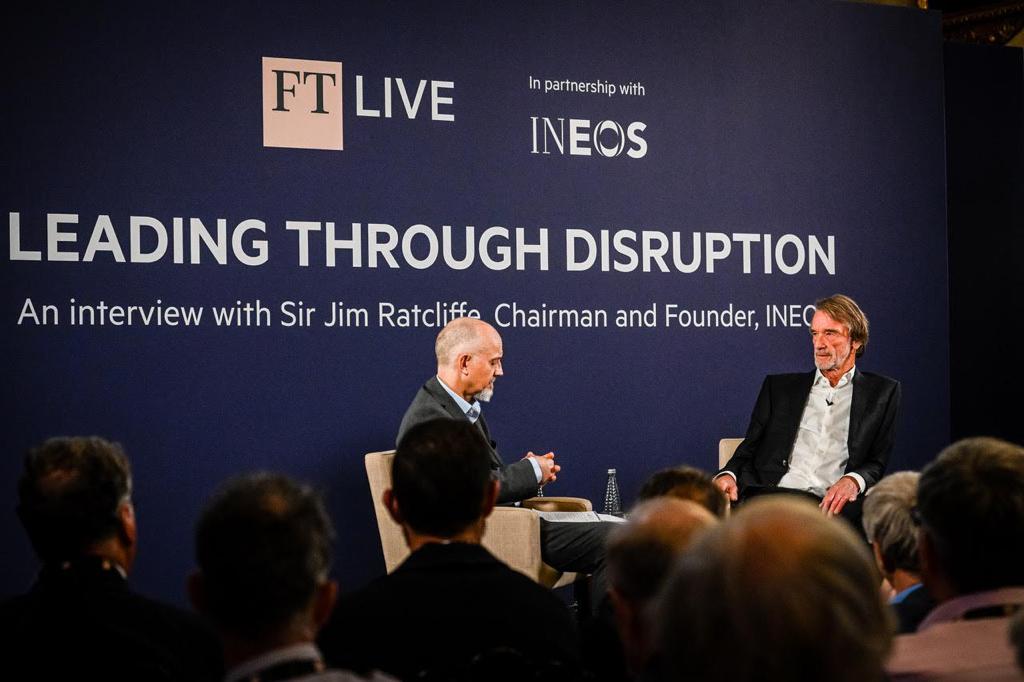