“Are you quite mad?” was the reaction of one well known CEO of a European chemicals company when INEOS publicly announced recently its huge €3 billion petrochemicals expansion in Antwerp in January of this year.   The first of its kind for a generation.

Nobody but nobody in my business seriously invests in Europe.   They haven’t for a generation.   Everyone in my business does however invest in the USA, Middle East or China, or indeed, all three.   The USA is in the middle of a $200 billion spending spree on 333 new chemical plants.   China has spent that sum annually for many years, constructing its own chemical building blocks.

Europe, not so long ago the world leader in chemicals, has seen its market share in the last decade alone collapse from 30% world market share to 15%.   This is an industry that employs over 1 million people in high quality jobs in Europe and five times that in indirect jobs. Worldwide, chemicals is an immense industry, considerably bigger than the automotive sector with revenues approaching $4 trillion.

Europe is no longer competitive.   It has the worlds most expensive energy and labour laws that are uninviting for employers.   Worst of all, it has green taxes that, at best, can be described as foolish as they are having the opposite effect to how they were intended.

Europe going it alone with green taxes prevents renewal as it frightens away investment into the open arms of the USA and China. It also pushes manufacturing to other parts of the world that care less for the environment. To get a sense of the importance of renewal a 70s car will emit 50 times the pollution of a modern day car. Chemical plants are not so different.

The USA is fully in the process of renewal.   Immense building programmes are installing the world’s finest chemical technology which has a fraction of the emissions we saw a generation ago.   Old units are being shut down.   The USA doesn’t have green taxes but it does insist on the very highest environmental standards before it issues permits for new builds.

I have an intense interest in preserving the environment.   I see wildlife being slaughtered in Africa, forests burning all over the world, fish stocks being decimated and I fully believe that we must arrest global warming.

But Europe ‘going it alone’ with green taxes as its main strategy has got it wrong.

As for the question posed to me at the outset, “Are we mad?”, the answer is no.   INEOS is uniquely able to import huge quantities of cheap energy and feedstocks from the USA and we have no ‘market risk’ as all the product that we will produce will be consumed by our own INEOS businesses in Europe.

But don’t expect others to follow.   They will be welcomed by the USA and China with a warm smile and a good strategy.

Europe, reminds me somewhat of the Charge of the Light Brigade, immortalised in Tennyson’s wonderful poem, full of valour and good intention but the outcome will not be pretty. 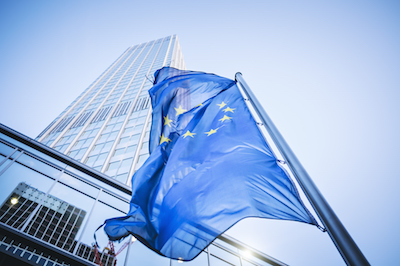