INEOS Group Holdings S.A. (‘INEOS’ or the ‘Group’) announces its trading performance for the third quarter of 2020.

The chemical industry is deemed as essential, critical infrastructure by governments across the world.  All of the Group’s sites have continued to operate fully during the current COVID-19 virus pandemic and supply chains have operated without significant disruption.  The second quarter of 2020 was the low point of the current crisis.  Since then countries across the world have opened up their economies after lockdown and market conditions have gradually improved during the third quarter.  The automotive and durables sectors are still weak, but are now slowly improving, and there are encouraging signs from the construction sector.  Overall core market conditions for all of the businesses are now improving from the lows seen in the second quarter.

O&P North America reported EBITDA of €123 million compared to €215 million in Q3, 2019.  Ethylene markets remained stable, although margins reduced in the quarter due to lower spreads over raw material costs and the impact of increased industry capacity on supply demand balances. Polymer demand was generally solid and continued to strengthen during the quarter, aided by strong consumables demand and improving automotive and durables markets.  Margins remained relatively weak as the business continued to recover from the crisis.

O&P Europe reported EBITDA of €135 million compared to €159 million in Q3, 2019. Demand in the ethylene market has remained stable in the quarter, although demand for butadiene was weak as a result of the general slowdown in the automotive sector. Margins were lower due to weak demand, particularly for butadiene and benzene, and reduced prices in the quarter.  European polymer demand was relatively balanced, with strong food and packaging markets and gradual improvements in the construction and automotive sectors.

Chemical Intermediates reported EBITDA of €173 million compared to €140 million in Q3, 2019.  All of the businesses in the Chemical Intermediates segment saw an improvement in performance as the quarter progressed.  The Oligomers business had particular strength in co-monomers and markets for PAO products improved.  Demand for the Oxide business was stable, with higher volumes for glycol products due to a tighter supply demand balance. Margins were weaker though, particularly in the automotive and construction sectors. The markets for the Nitriles business were solid, with higher demand in to the ABS sector. Volumes for the Phenol business were stable in the period and margins improved due to higher returns on acetone. 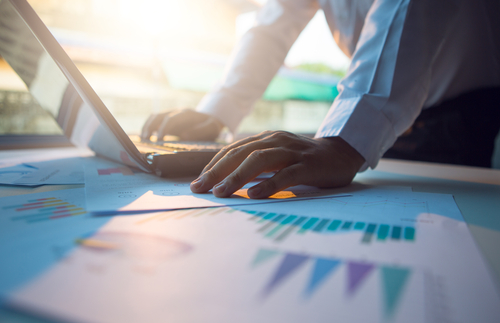