Solvay and INEOS received final approval today from the European Commission to form their 50/50 Chlorvinyls Joint Venture, to be known as INOVYN.

This follows Commission approval of International Chemical Investors Group’s (ICIG) acquisition of the remedy business that is being divested by INEOS as a condition of clearance.

INEOS and Solvay will now make final preparations to close their agreement and to form INOVYN on 1 July 2015.

“We are delighted to have achieved this very important milestone and to be able to move forward with INOVYN. The Joint Venture will bring together the strengths of the respective chlorvinyls activities of INEOS and Solvay to create a world scale business that will be better able to serve its customers and rapidly respond to changing European markets," comments Chris Tane, CEO INEOS ChlorVinyls and future CEO of INOVYN.

“The formation of INOVYN is a major step in the reshaping of Solvay’s portfolio and business profile,” says Karim Hajjar, Chief Financial Officer and member of Solvay’s Executive Committee.  "​​​INOVYN will be a highly competitive and solid player, securing the long-term prospects of our customers and the employees who will become part of the Joint Venture.”

To be headquartered in London, INOVYN will have pro-forma sales of more than €3 billion, with assets across 18 sites in Belgium, France, Germany, Italy, Norway, Spain, Sweden and the UK.

Governance of INOVYN will be shared between INEOS and Solvay, with equal representation on the Supervisory Board. Day to day management of the business will be led by an Executive Team consisting of Chris Tane as CEO, Mike Maher as CFO and Julie Taylorson as Procurement Director (all currently INEOS) and Filipe Constant as Business Director, Jean Michel Mesland as Operations Director and Otto Grolig as General Counsel (from Solvay). 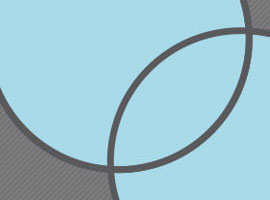