At 10:30 yesterday, on the morning of his 20th birthday, Rhys Jones reached the top of Everest and claimed the record as the youngest person ever to climb the seven highest summits on seven continents. Rhys was supported by INEOS, the world’s third largest chemicals company, in his challenge to break the world record.

"What a way to celebrate your 20th Birthday," said Jim Ratcliffe, Chaiman INEOS. "We are all delighted that Rhys has broken the world record and pleased to know in some small way INEOS helped to make the dream a reality. Since meeting Rhys I have been extremely impressed by his total commitment, clarity of vision and will to succeed; values that we share across INEOS."

This is an incredible achievement that shows anything is possible when you are young and focused."

"This is a dream come true and we are very proud," said Alan Jones, Rhys' father. "Rhys has a total belief in himself and the team he climbed with. He knew that given the right weather he had a good chance to make the summit.

"Without INEOS it would have been incredibly difficult for us to have made this expedition a reality. We are very grateful for the ongoing support and interest as we concentrate now on Rhys’ safe return to base camp."

INEOS currently has 18 businesses across 68 manufacturing sites manufacturing a broad range of products from plastics and polymers to medical propellants. Formed by Jim Ratcliffe in 1998, INEOS currently employs around 15,600 people. The Company head office is based in Lyndhurst, which is close to Rhys’ home town, Bartley. 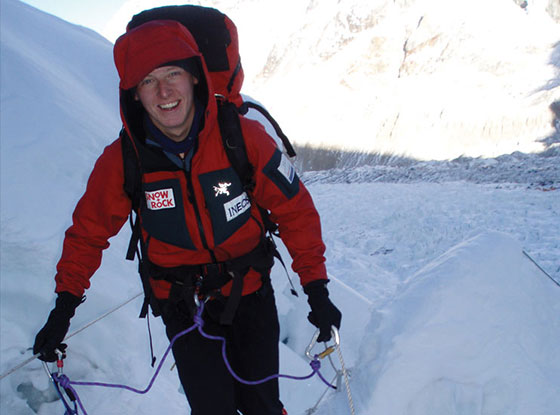