INEOS has today announced its intention to consult with employees on the proposed closure of the acrylonitrile manufacturing plant at Seal Sands on Teesside.

The site which employs 224 people has been in INEOS ownership since 2008.   In the event the plant closes, not all of these positions will be at risk of redundancy due to the continuation of other activities at Seal Sands.

Over the past 10 years, INEOS has invested almost €200m in the site to try to counter decades of significant under investment. Despite the Company’s best efforts and the fact that every penny of profit has been ploughed back into the site to reverse this situation, the Company is of the view that nothing more can be done to ensure that operations are both safe and economically viable.   It would require another €200m just to meet INEOS standards and environmental regulations. The Company intends to consult on any viable alternatives to closure.

The acrylonitrile process needs careful management and involves handling significant quantities of hazardous material. The Company feels that it would not be possible to guarantee the long-term safety of our employees or our neighbours through continued operation of the plant and have thus reluctantly concluded that we should consider the option to close.

Paul Overment, CEO of INEOS Nitriles said, “After considering many options, we feel that we must now consult with employees on the potential closure of the plant. We do so with a heavy heart but there is no escaping the fact that decades of under investment on the site have led us to this point.  Manufacturing assets need constant renewal if they are to survive. The last 10 years have proven that it is almost impossible to play catch-up and the lesson for us and other UK manufacturers is that constant reinvestment is vital for long term prosperity.”

INEOS http://www.ineos.com is a leading manufacturer of petrochemicals, specialty chemicals and oil products. It has 34 businesses, with a production network spanning 183 manufacturing facilities in 26 countries. From paints to plastics, textiles to technology, medicines to mobile phones - chemicals manufactured by INEOS enhance almost every aspect of modern life.  INEOS had sales in 2018 of $60bn and EBITDA close to €6bn.  Its products make a significant contribution to saving life, improving health and enhancing standards of living for people around the world. 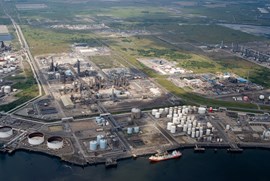