INEOS Hygienics will be on hand at the Formula 1 Pirelli British Grand Prix this weekend as fans return to the iconic Silverstone Circuit for the first time since 2019.

As one of the government’s test events to allow fans back under the Events Research Programme, Silverstone has partnered with INEOS Hygienics to provide hospital grade sanitiser to people attending the event. There will be 50ml travel-sized bottles available for free around the circuit for fans to use and take home with them, as well as a number of INEOS touchless Sanitiser Dispensers in key locations.

INEOS Hygienics is best placed to serve the the race, having provided the NHS with free hand sanitiser at the start of the pandemic to meet the global shortage. As elite sport returned, INEOS Hygienics partnered with some of the world’s best sports teams, including the Mercedes-AMG Petronas F1 Team. By providing the Team with touchless dispensers and hospital grade sanitiser, it has helped to keep Lewis Hamilton, Valtteri Bottas and the wider team safe at the factory and the track so they can keep racing.

Silverstone is expecting to have in the region of 350,000 fans over the course of the event - the first time crowds have been at the circuit for an Grand Prix race since 2019. As well as support from INEOS Hygienics, Silverstone have also put in place a number of other COVID protocols to allow fans to return, including the use of Covid certification measures and a heightened cleaning regime.

Alex Lacey, Operations Director at Silverstone said: “Being able to welcome fans back to Silverstone and to the Formula 1 Pirelli British Grand Prix is a really special moment for us. The safety of fans remains our priority which is why we’ve partnered with INEOS Hygienics whose sanitisers are used and trusted by hospitals across the globe and some of the world’s leading sports teams including the Mercedes-AMG Petronas F1 Team.”

George Ratcliffe, COO at INEOS Hygienics added: “We’ve supported front line workers and elite sports teams throughout the pandemic to help keep them safe on the job and now we can do it for sports fans too. The British GP is such an iconic moment in the sporting calendar so to be able to allow fans back to the circuit is a great step forward. Now, more than ever, is a time when we all need to keep practising good hand hygiene to prevent the spread of viruses and bacteria as the world opens up even more. We’re proud to be on hand to support the fans’ safe return to Silverstone.”

INEOS built six factories from scratch at the start of the pandemic specifically to deliver hand sanitiser to hospitals free of charge across the UK, Europe and the USA.  The INEOS Group has a long-standing history of producing the purest most effective sanitising agent - pharmaceutical grade alcohol. In August 2020, INEOS Hygienics was formally launched at the British GP with support from the Mercedes-AMG Petronas F1 Team bringing the same 75% hospital grade sanitiser to consumers, helping people target viruses with confidence. Its high purity ethanol is manufactured to meet the specialist requirements of healthcare environments. This ensures that it is effective in eliminating 99.9% of viruses and bacteria.

INEOS Hygienics is a global healthcare brand, which started during the pandemic to meet the global shortage of sanitising products. In just ten days each, plants were installed in the UK, US and Europe to start producing hand sanitiser which was distributed for free to hospitals in the UK, US and throughout Europe.

Now, INEOS Hygienics is providing the same hospital grade sanitisers to the public. Available to purchase on Amazon and in other retailers and pharmacies across the UK and Europe, INEOS Hygienics produces a range of hand sanitiser gels, sprays and wipes in a variety of volumes and pack sizes. 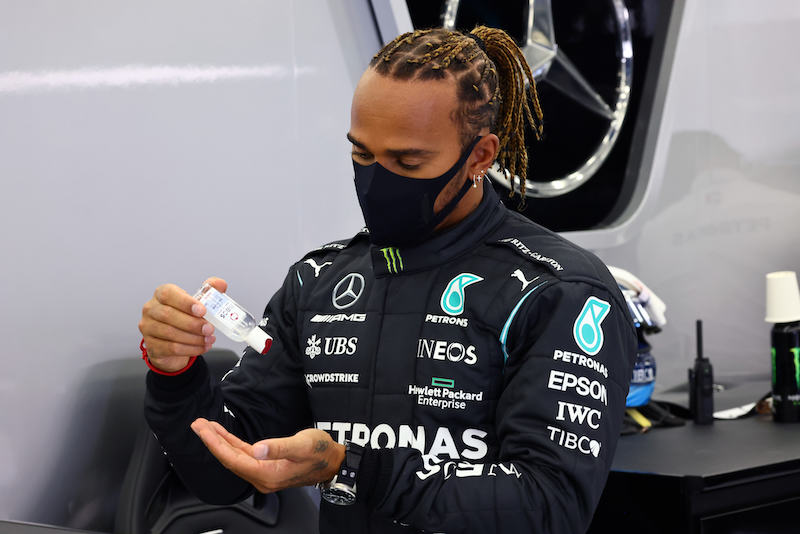