INEOS is one of the largest employers in the Belgian chemical industry. From Zwijndrecht, where INEOS started its first activities in 1998, INEOS built up its position in Belgium and as a global player. In Belgium, INEOS today counts 12 production and R&D sites and 3,050 employees. 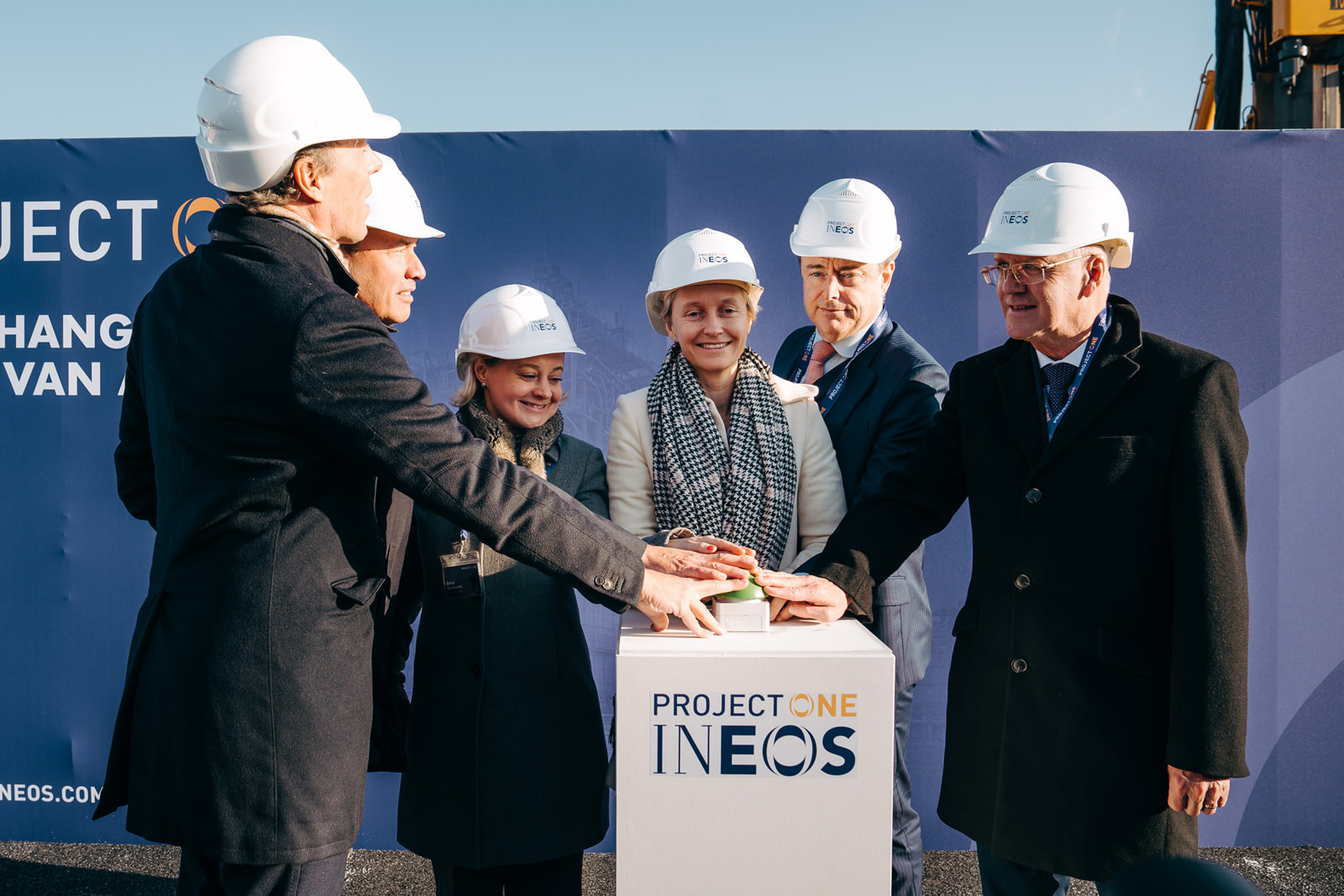 Proud of the installation of the first sheet piling and the starting signal for the construction of our new ethane cracker in the Port of Antwerp. Watch the aftermovie and photos here.

Look back on the INEOS IN.novation Day in our brand-new INEOS Olefins & Polymers Europe Technology center in Brussels (Neder-Over-Heembeek).

Waiting is no longer an option

If we want to tackle climate change, we need to focus on solutions that dramatically reduce carbon emissions right now. With the best techniques available today. Project ONE brings this renewal. In Antwerp, so that we can make our chemical cluster here more sustainable and stronger. Find out how and why we do this.

The Power to Methanol Antwerp initiative aims to produce sustainable methanol, based on hydrogen produced from renewable energy and captured CO2. Within the consortium of seven players, INEOS-INOVYN takes an important role: it brings its expertise in hydrogen production and electrolysis and will also operate the demonstration plant on its site in Lillo. Other partners in the consortium are ENGIE, Indaver, Fluxys, Advario, PMV and Port of Antwerp-Bruges.

A sustainable cable network in your home: behind the scenes at INEOS & Thesla

Usually invisible but therefore no less essential: in homes today, dozens of metres of cables are processed in walls, ceilings and floors for lighting, internet, heating and other smart applications. They can last for decades and thus contribute to our comfort at home every day.

Want to work for one of the largest employers in Belgian chemistry? View our latest jobs roles now.

INEOS has several branches in Belgium operating in different companies and belonging to various divisions within the INEOS Group.

View the locations where INEOS are active.

Find contact details for the Belgium sites and their retrospective businesses.

Find out all you need to know about Project One and the plans for Antwerp.