The yellow jersey is awarded to the participant who clocks up the most kilometres individually in the INEOS Tour de France Challenge. And Marc put in a lot of work: a good 5,100 km, almost 2,000 more than the pros were riding in their Tour at the same time.

During the Challenge, Marc cycled around 243 kilometres a day. The longest ride was one of 320 km, the shortest 180 km. Marc started his Challenge close to home, in Mechelen. He rode the rest in Spain and Portugal. “The fact that we were back in the South this year, after 2 years in our mild climate, due to coronavirus, made it challenging. So I often started cycling before and at dawn. But that adds an extra dimension. There was also no flat ride at all. This meant I also managed third place in the King of the Mountains classification. Luckily, I was also spared any major bad luck this year. After the first rest day, I often cycled with my girlfriend, who joined the lab team as an external rider. She also achieved a good result: fourth in the GC and fifth in the King of the Mountains classification,” recalls Marc.

Cycling is pure relaxation for me, but that battle for yellow gives me wings! 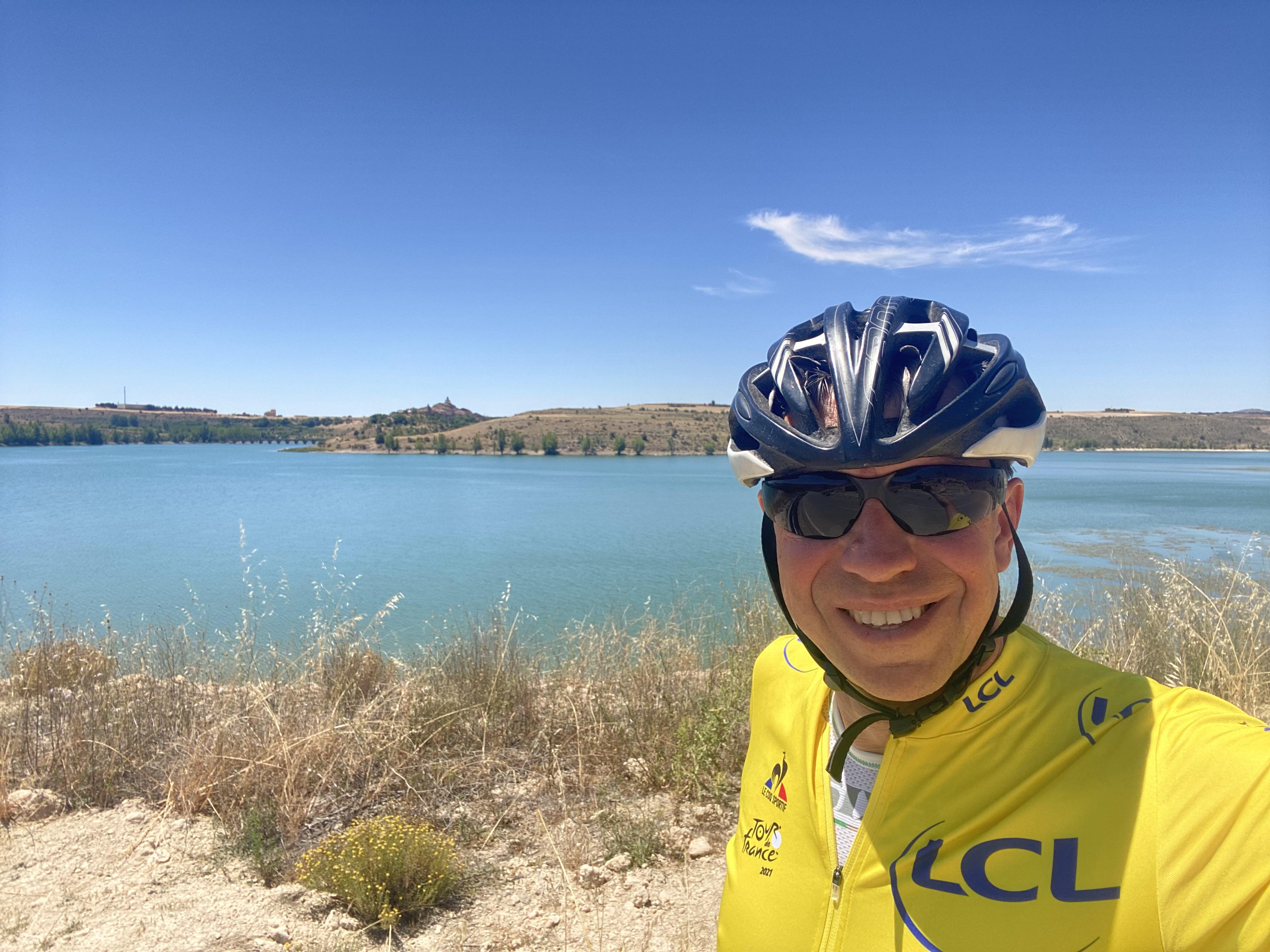 The main purpose of the Challenge is to move more together and take the bike more often. To this end, teams are formed, which at the end of the tour, if they reach the kilometre target, are able to donate a nice amount to charity. As well as the team’s earnings there are the classifications, which make it even more exciting. By going for an honourable mention or a jersey, participants ride many extra kilometres and metres of altitude.

Of the 360 colleagues from INEOS Styrolution in Zandvliet, 106 took part. Marc: “It’s great to see how colleagues motivate and encourage each other: extra goals were set and the competitive spirit came out. Boundaries have been pushed here in Antwerp, that’s for sure. Together we accumulated a whopping 77,731 km. Two more colleagues finished in the top ten, in fifth and seventh places. All six of Styrolution’s participating teams met their target, so each team was able to donate £1,000 (€1,188) to their chosen organisation. This year our team supported the non- profit organisation Kind, Ouders en Kanker, which aims to provide young cancer patients at UZ Brussel with a better quality of life during their treatment. That’s something that you keep in the back of your mind and motivates you while cycling.”

Many other charities were also supported by teams across INEOS. 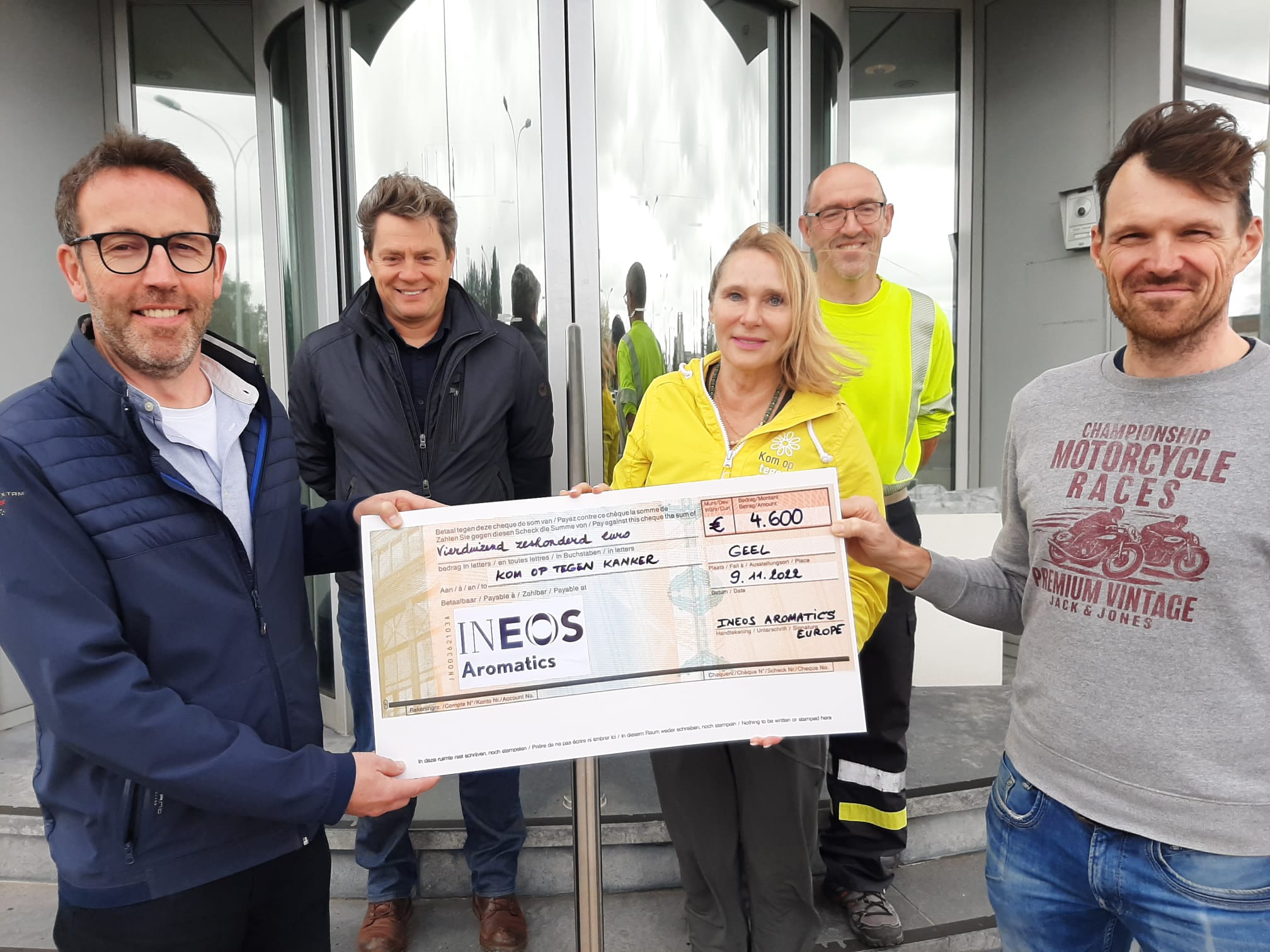 The teams at INEOS Aromatics in Geel decided to donate their budget together to Kom op tegen Kanker: “Thank you INEOS for your support, which will go a long way in funding our research. This is vital to helping save lives now and in the future to reduce the suffering of patients and families”.

We have been organising our own INEOS Tour Challenge during the Tour de France for several years now. The purpose? To cycle the distance of that day’s Tour stage with your team every day. With the racing bike in the mountains, with the cargo bike to the supermarket, or at home on the home trainer: every kilometre counts. The teams that complete the Challenge receive a budget of £1,000 (€1,188) from INEOS to donate to a charity of their choice.

A total of 113 teams worldwide made it across the finish line. 26 Belgian INEOS teams took part in the Challenge, including the O&P Lillo Ladies, the only full ladies’ team competing. The total number of INEOS kilometres travelled: a massive 1,283,865! With this simple but challenging initiative, INEOS is clearly getting a lot of employees on their bikes! 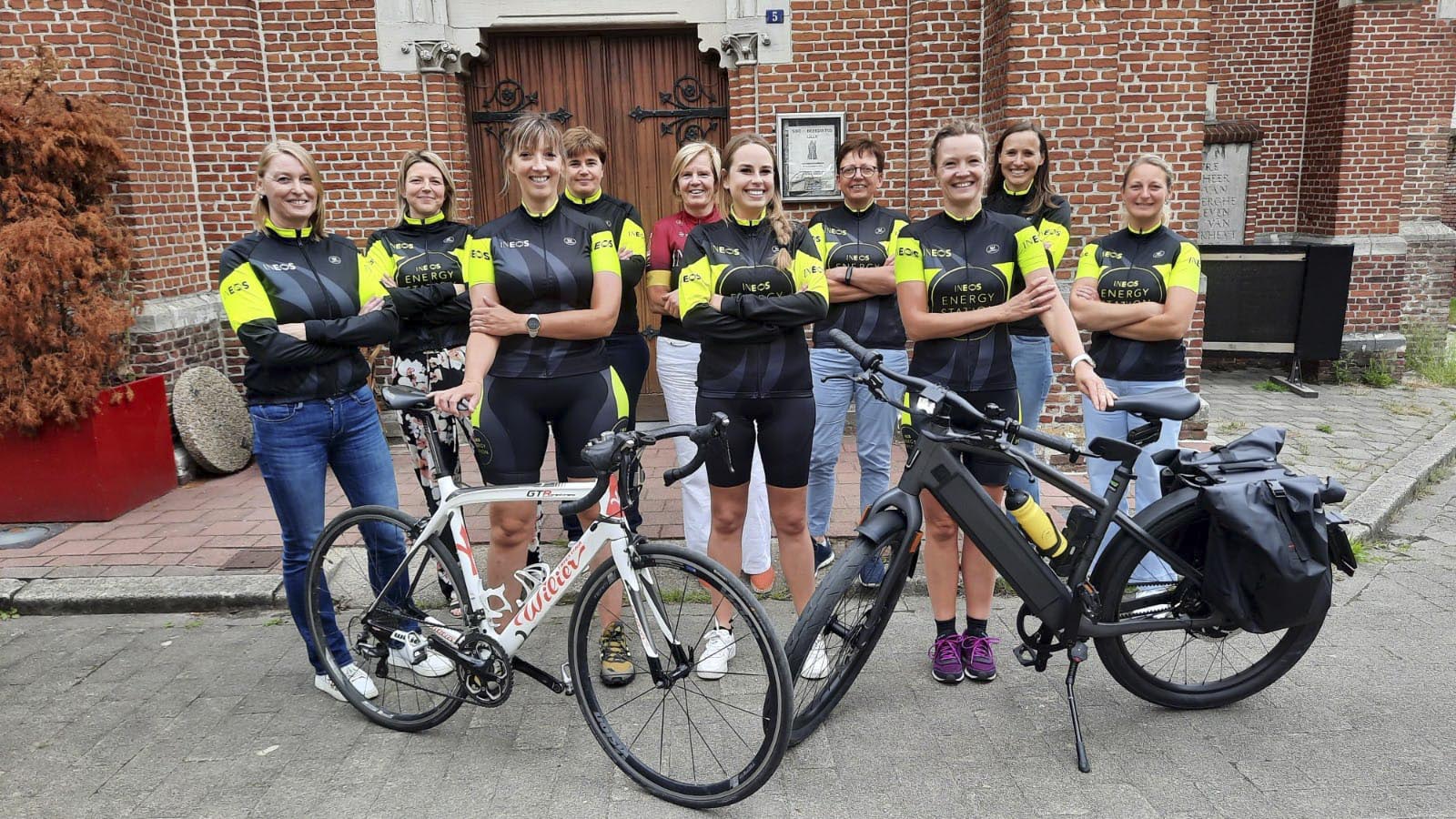 19 colleagues from INEOS O&P in Lillo formed an all-female cycling team together for the charity for the first time.