The Six Rivers Project is currently developing many sustainable interventions. These include replanting trees and native vegetation to strengthen the rivers, creating salmon ladders to assist access to breeding grounds, introducing fish upstream to expand existing breeding territory, and researching the life cycle of North Atlantic salmon in order to better understand how to protect it.

A passionate fly fisherman, INEOS Chairman Sir Jim Ratcliffe became aware over several years of Icelandic fishing trips of the dire challenges facing wild Atlantic salmon, whose population has collapsed over recent years. While responsible sport fishing requires all caught fish to be released carefully back to the river and river populations to be carefully monitored, excessive salmon fishing is one factor compromising the survival of the species.

Wild salmon go through an incredible journey to survive and reproduce- the scale of its journey across the Atlantic and up some of the world’s most intimidating rivers is scarcely believable. It survives in seawater and freshwater. It evades all manner of hungry predators at sea from seals and dolphins to sharks, only to arrive in the rivers to be confronted by rapids, waterfalls and rocks, but still manages to make its way upstream to breed.

Iceland remains a rare haven for wild Atlantic salmon populations, and is home to some of the best fly fishing in the world. And while little beyond lobbying international authorities can be done to prevent the overfishing at sea of wild salmon, there is promising scope for protecting its most valuable habitats and nurturing population growth.

Strengur Angling Club in the remote north east of Iceland has long recognised the importance of preserving salmon stocks. It has been diligently monitoring the rivers, their fish stocks, the quality and use of land over many hundreds of square kilometres surrounding its network of rivers in partnership with the Icelandic Environmental Agency. But when funding limited further progress, Sir Jim stepped in to support the development of an enterprising conservation model.

In a country where foreigners are prevented from purchasing significant stretches of land, Sir Jim has collaborated with the local community to invest in farms around several key river systems- including buying 70% of Grímsstaðir á fjöllum, a vast Icelandic estate which includes the headwaters of some of the most pristine salmon rivers in Iceland. The Six Rivers Project was formally launched in 2019 as an acceleration and development of previous conservation work.

Together Jim and his Strengur partners Gisli Asgeirsson and Johannes Kristinsson plan to work with locals to encourage farming in harmony with the rivers. They are developing a sustainable business offering the most exciting salmon fishing and some of the most progressive conservation in the world. “When you wrap a top-quality business around the fishing experience, the wild Atlantic salmon becomes a high-value asset,” said Jim. “Conserving it is therefore vital, and Strengur is at the forefront of this conservation work.”

Sports fishing brings in a good income. “It also provides a supplementary income for the local farms and, more importantly, will fund more conservation work on the rivers,” said Jim. “If we work closely with farmers and local communities, we can build something sustainable and environmentally sound.”

The Six Rivers Project is currently developing many sustainable interventions including the replanting of trees and native vegetation to strengthen the rivers. Also the creation of salmon ladders to assist access to breeding grounds, introducing fish upstream to expand existing breeding territory, and researching the life cycle of North Atlantic salmon in order to better understand how to protect it. 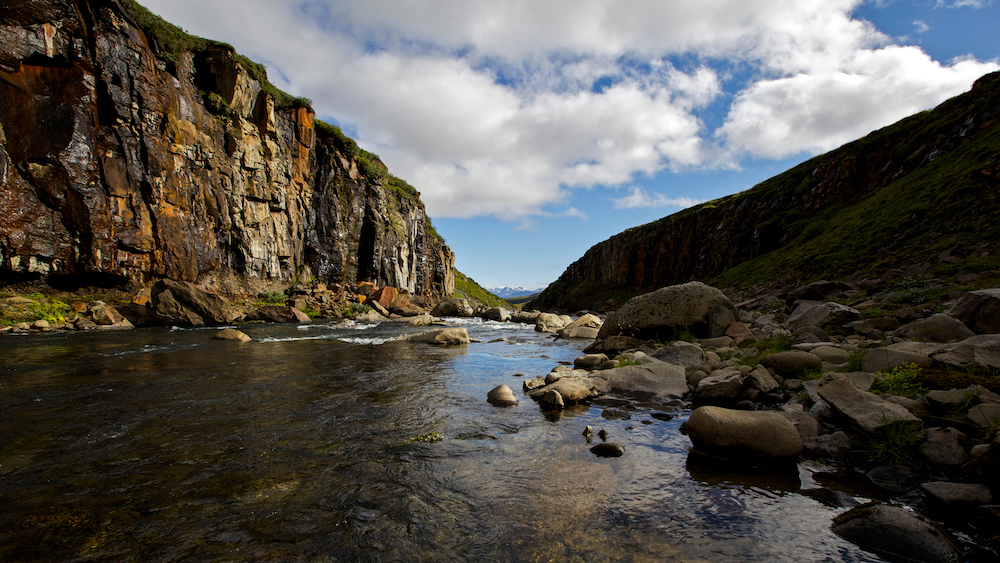 This research is being coordinated by INEOS, with the Marine and Freshwater Research Institute and Imperial College London providing advanced field knowledge and ecological modelling respectively. A PhD student from each institution is working on the project full-time. Findings will be published as academic papers as they become available, and will inform the ongoing conservation practices in the area.

Visit the official Six Rivers website to learn more and keep up to date with latest news, events and updates.

Visit the Six Rivers official Facebook page to keep up to date with latest news and announcements.

A meeting of minds – Saving the Atlantic Salmon