The proposed well site is situated in Petroleum Exploration and Development Licence (PEDL) 304 on land adjacent to Common Road, located approximately 0.7 km to the East of Harthill, Rotherham. This location has been chosen because it is within an area of interest to us based on existing seismic data.

A full application has been submitted to Rotherham Metropolitan Borough Council, details of which can be found in the information section below.

This vertical well has been designed to extract a “core” sample of the rock for laboratory analysis to identify the geological characteristics of the rock and its gas-producing properties. A pressure transient test (PTT) will be undertaken following the drilling. The purpose of the PTT is to establish the reservoir properties such as whether the target zone is over pressured (which is encouraging for shale gas extraction) or under pressured (which is less encouraging for shale gas extraction). The well will be retained for technical and safety reasons as a “listening well”, if a well elsewhere is hydraulically fractured, for a maximum period of five years. Following this the site will be restored back to existing use.

There will be periods when traffic activity is high such as site construction, rig and equipment deliveries and subsequent removal with fewer deliveries each day during drilling operations. All deliveries will be carefully planned and closely managed to minimise disruption to local residents.

In December 2017, INEOS lodged an appeal to the Secretary of State relating to the failure of Rotherham Metropolitan Borough Council to make a decision on the application.  Following a two-week Public Inquiry, planning permission was granted in June 2018.

We will seek to establish a Community Liaison Group to help keep the community informed as we go through each operational phase.

Details of the decision can be found in the information section below.

INFO ON THE HARTHILL APPLICATION 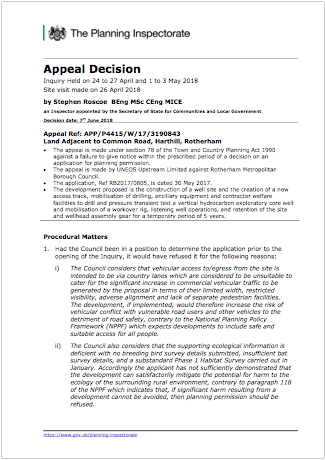 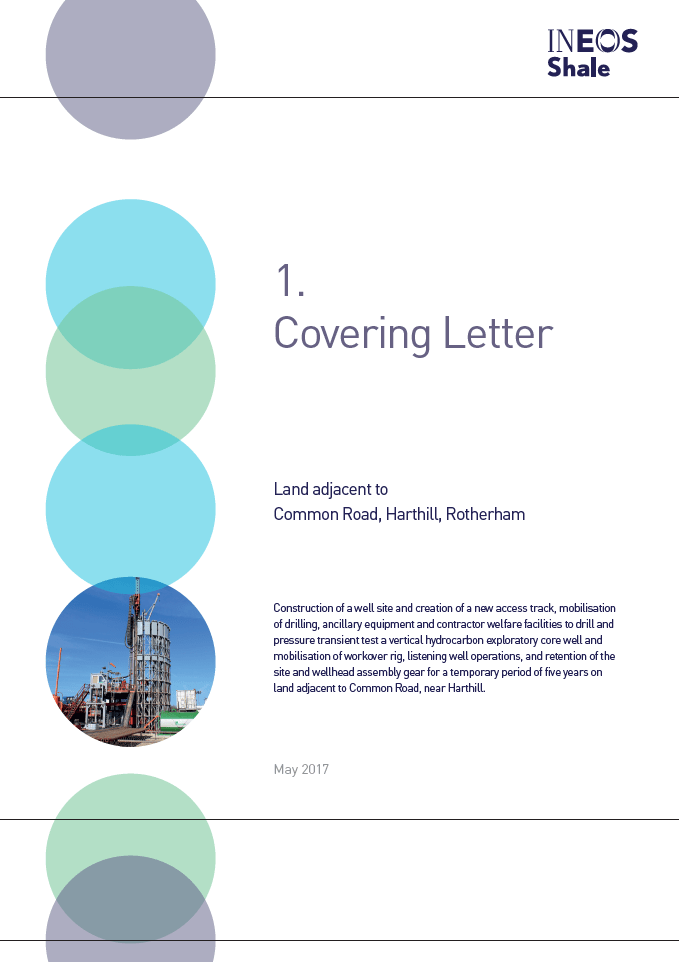 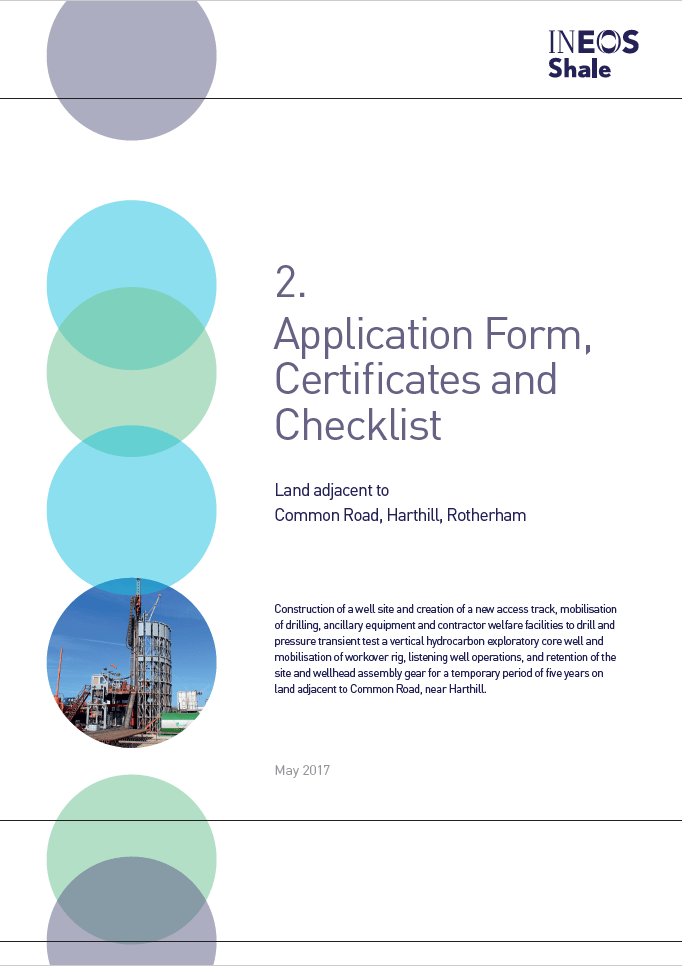 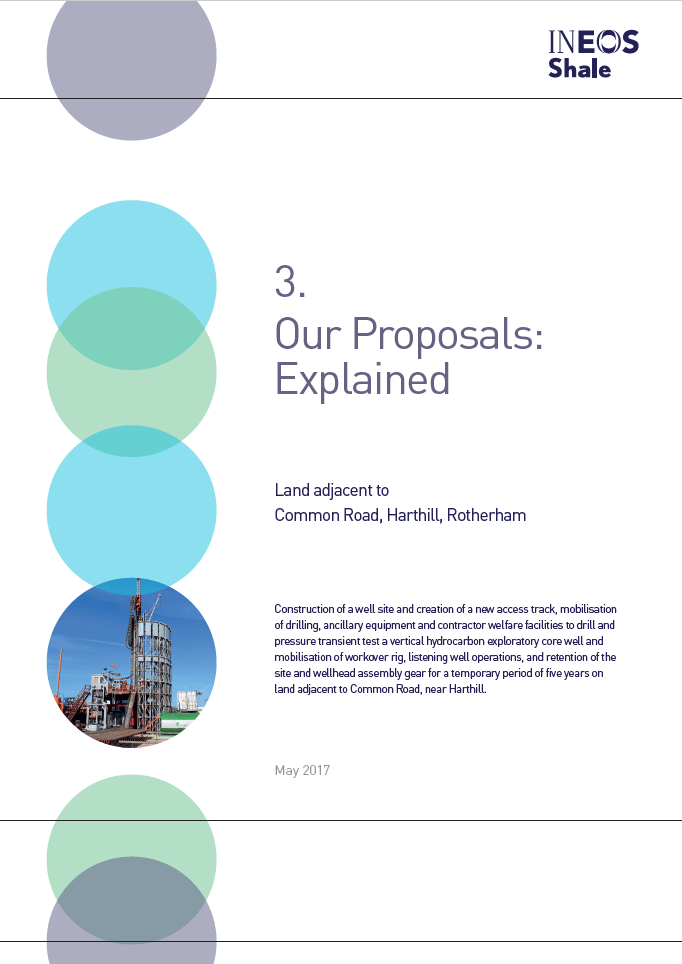 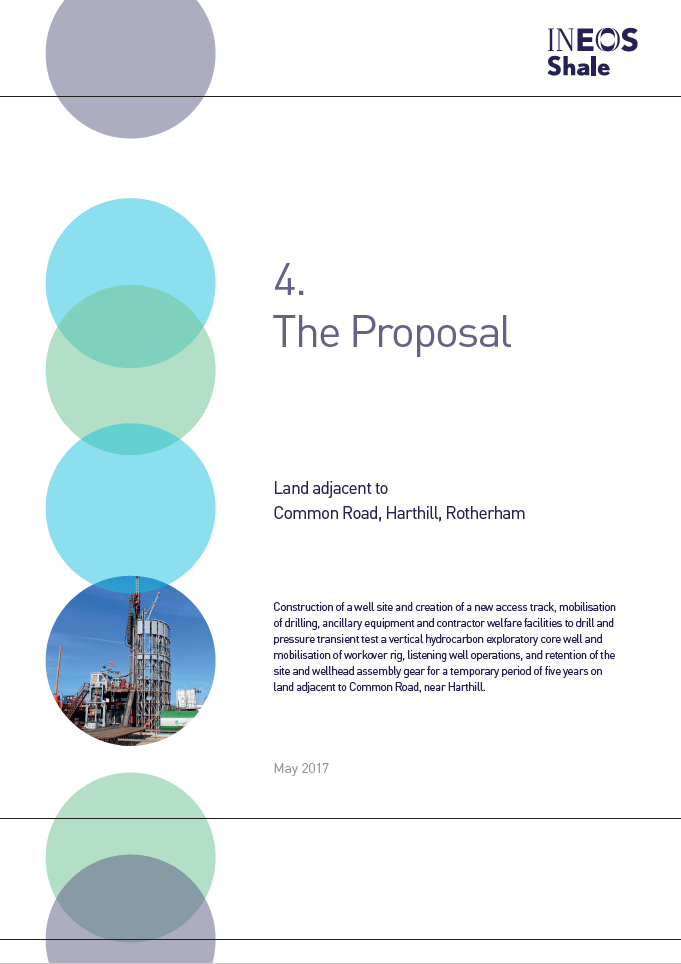 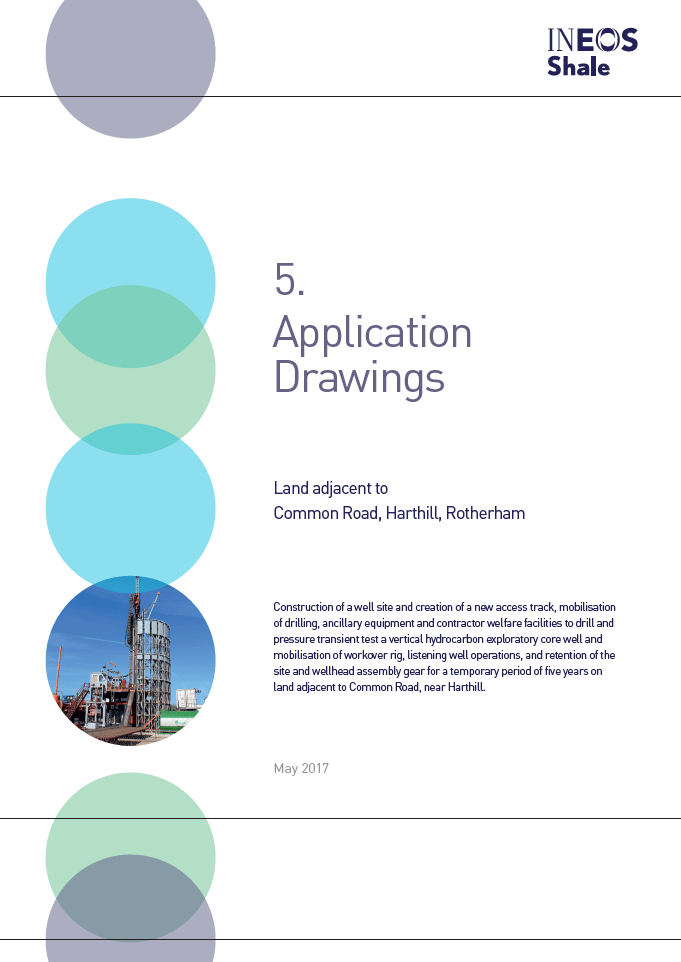 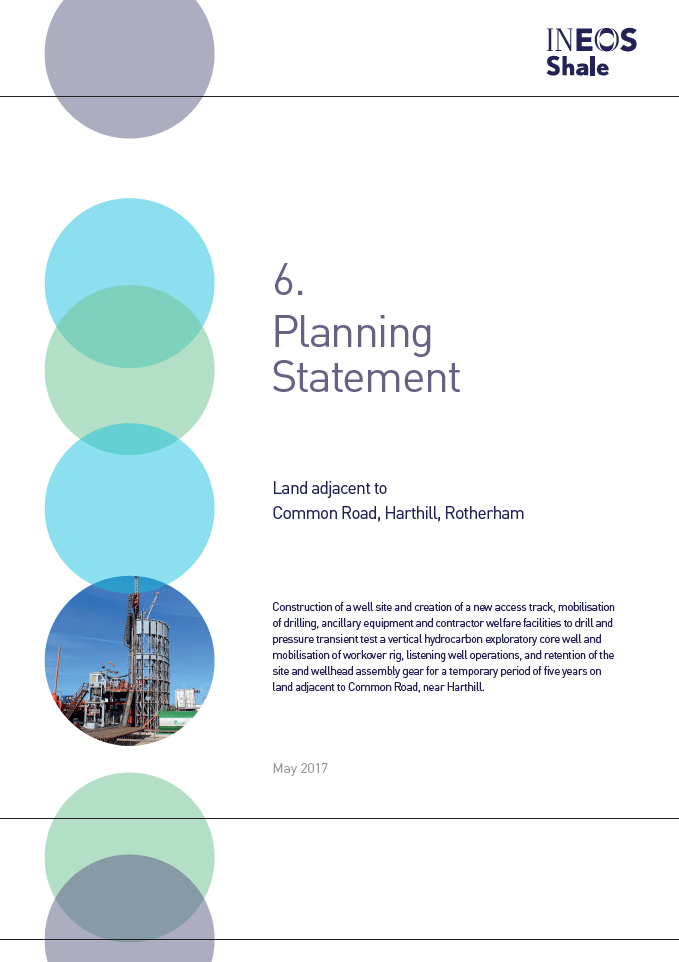 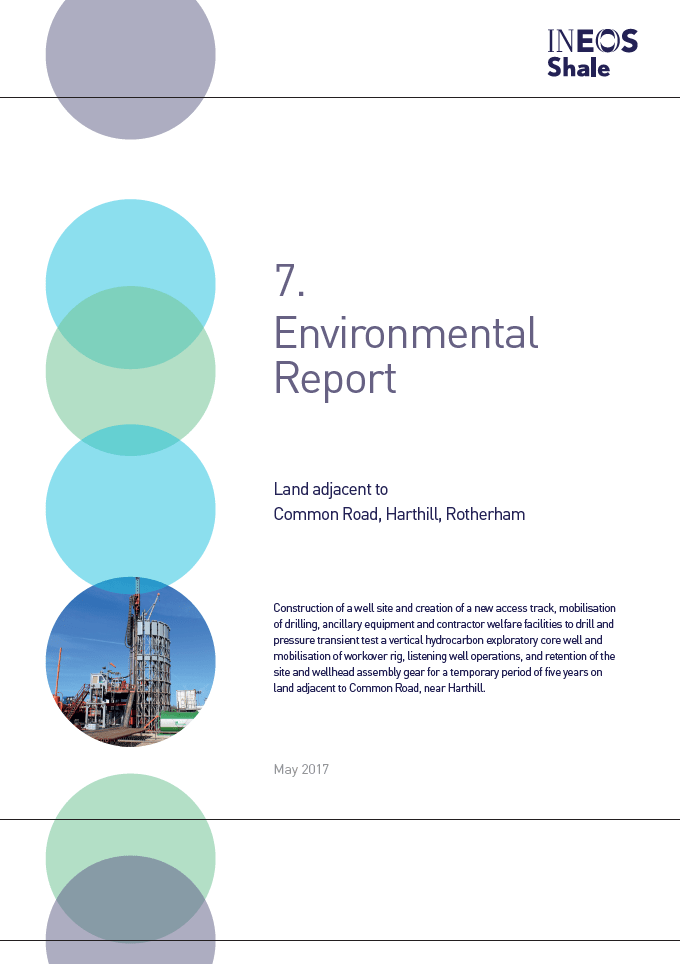 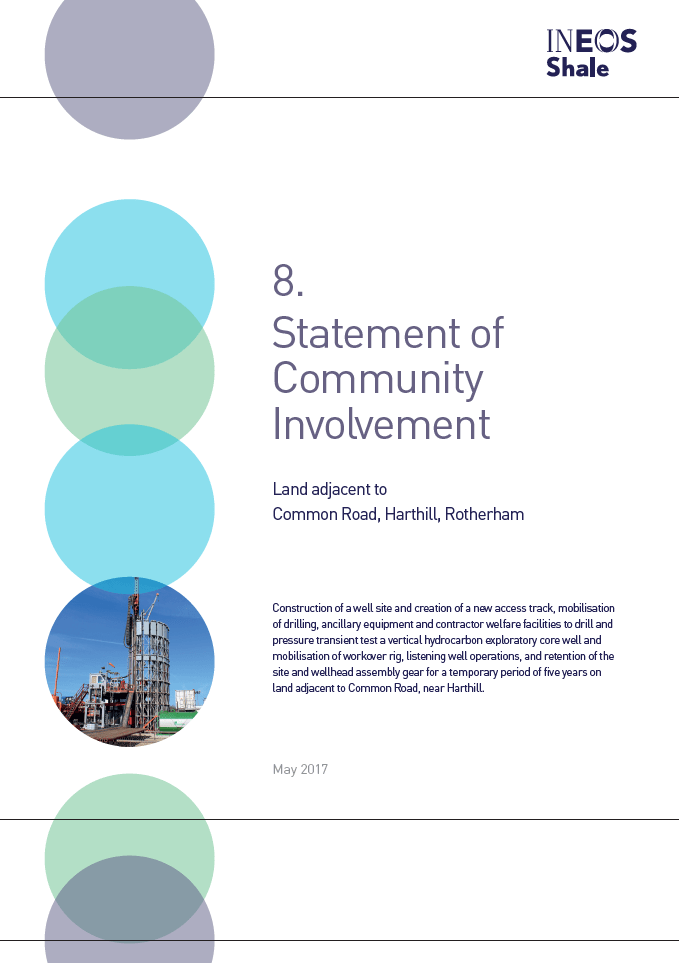 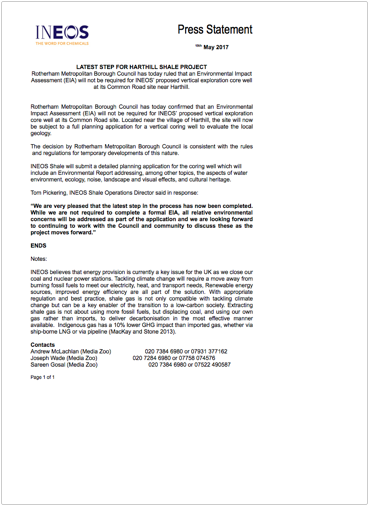 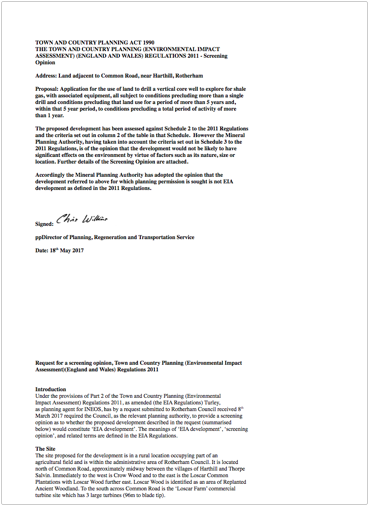 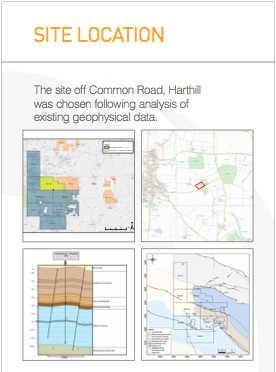 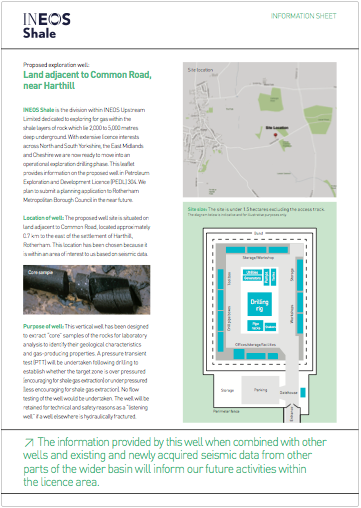 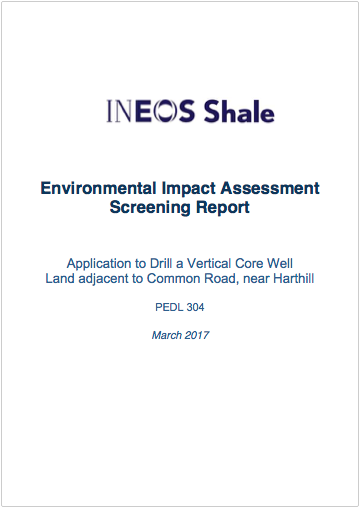