Acetic acid is one of the most versatile organic chemicals manufactured today with applications in almost every industry. Acetic Anhydride, a powerful acetylating agent that can also be employed to absorb water of reaction and is a solvent for many organic and inorganic products.

Acetic acid is one of the most versatile organic chemicals manufactured today with applications in almost every industry. It is a significant chemical reagent and industrial chemical used in the production of soft drink bottles (PET), manufacture of vinyl acetate monomer (VAM) and purified terephthalic acid (PTA). It is used to produce many synthetic fibers and fabrics, as well as a host of household, food, and other applications that are essential to everyday life.

An important use of acetic anhydride is the acetylation of cellulose and manufacture of a number of vital pharmaceuticals and intermediates.

Acetyls are a group of petrochemical products that are formed of part of a molecule rather than by a molecule itself. The acetyl group is formed of two parts:

One of the most common forms of acetyls is acetic acid, the main component of vinegar, which is made by attaching an acetyl group to an OH group. 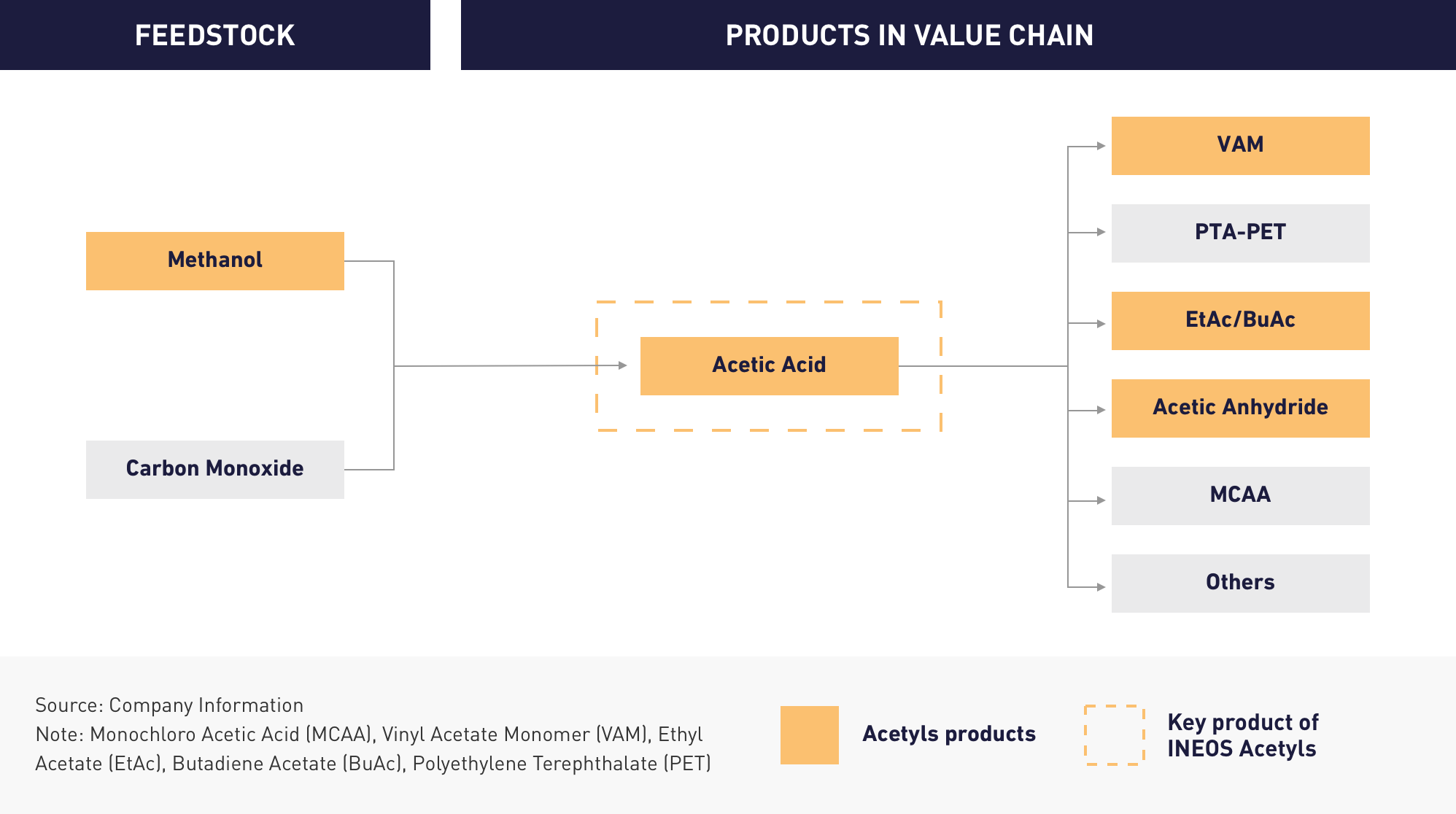 Acetyl products ultimately supply products used by a range of end markets, from the construction industry through to the agricultural sector. A well known acetyl is polyester fibre, which is used in many of the clothes that we wear everyday. Acetyls also support a wide range of downstream industries in food flavouring and preservation, pharmaceuticals, paints, adhesives and packaging.

INEOS Acetyls a global producer of acetic acid and a range of derivatives.

INEOS Enterprises comprises a portfolio of a number of discrete business units.

INEOS products make a significant contribution to saving life, improving health and enhancing standards of living for people around the world.

INEOS products are used in agrochemicals, helping to protect crops and improve yields. They also provide key components in the production of...

Cost, shelf life, security, sustainability and aesthetics all shape consumers’ buying decisions – a choice that can be influenced as much by the...

Rapid advances in the development of new fibres and processes to improve textile characteristics rely on a high degree of specialisation.