Yesteday in Houston, one of the world’s largest ethane carriers came face to face with its namesake, the INEOS Grenadier 4X4, at the ship's official christening ceremony. The vehicle was present as a guest of honour on the quayside as the ceremony took place.

Named after the rugged off-road vehicle, the Pacific INEOS Grenadier is a 99,000 CBM VLEC (Very Large Ethane Carrier) and is the latest ship to join the INEOS fleet. The ship is fitted with Type B tanks, a new design for transporting liquified ethane that optimises vessel capacity. The ship also has the potential to carry other products such as LPG and ethylene.

David Thompson, CEO of INEOS Trading & Shipping, says: “Today’s ceremony was very special for INEOS. It highlights perfectly the immense breadth of the company which now spans from chemicals and energy, to fashion and automotive. Seeing the Grenadier 4X4 next to the VLEC was simply spectacular. In February this year we launched the Pacific INEOS Belstaff, then the world’s largest ethane carrier, and today alongside our highly anticipated Grenadier 4X4 we have added the second of the world’s largest VLECs to our growing fleet.”

At the ceremony, Randa Duncan Williams, Chairman of the general partner of Enterprise Products, formally named the ship and became its official Godmother. In addition to its name, the ship also carries the Grenadier logo proudly emblazoned on its side.

Randa Duncan Williams, Chairman of the general partner of Enterprise Products, says: “At Enterprise we are delighted to work closely with INEOS. Today is another milestone in our continuing relationship and I wish both the ship and the Grenadier 4X4 well.”

Built in Jiangnan, China and operated by Pacific Gas, the Pacific INEOS Grenadier is made of approximately 18,000 tonnes of steel and 40,000 metres of piping. At 230 metres it is longer than two American football pitches combined (eight basketball courts).

Mr John Lu, President of Pacific Gas said: “We are delighted to deliver the Pacific INEOS Grenadier, the second of the largest VLECs in the world, as we extend INEOS’ ground-breaking ethane trading business. We are also proud ambassadors of the uncompromising Grenadier 4X4. We will maintain the highest standards as operators of this innovative vessel wherever we are in the world.”

The INEOS ethane fleet now consists of twelve vessels including four VLECs, and eight ‘Dragon’ ships. The Dragon ships have been regularly transporting ethane across the Atlantic for over six years.

The Grenadier 4X4 combines British spirit and design with German engineering rigour. It is a truly uncompromising 4X4 built from the ground up, engineered to overcome all conditions. It provides world class off-road capability and durability to those who depend on a vehicle as a working tool, wherever they are in the world.

Order books are now open for Europe and other key launch markets. The USA, Canada and Mexico will follow by the end of this year, with first deliveries in 2023. For further information please visit: www.ineosgrenadier.com

About Pacific Gas:  Pacific Gas(Hong Kong)Holdings Limited is dedicated itself to provide integrated and yet competitive shipping services for a full range of clean energy and its derivatives by products in the international market, with offices located in Hong Kong, Shanghai, Singapore, and Mumbai.  Through its proactive approach and long-term cooperation with both upstream and downstream customers worldwide, the company has developed into a global leading facilitator and arranger by establishment of its oceangoing shipping platform, providing diversified shipping service for Methane (LNG), Ethane, Propane and Butane (LPG), and various petrochemical gas products including Ethylene, Propylene, Butadiene etc. 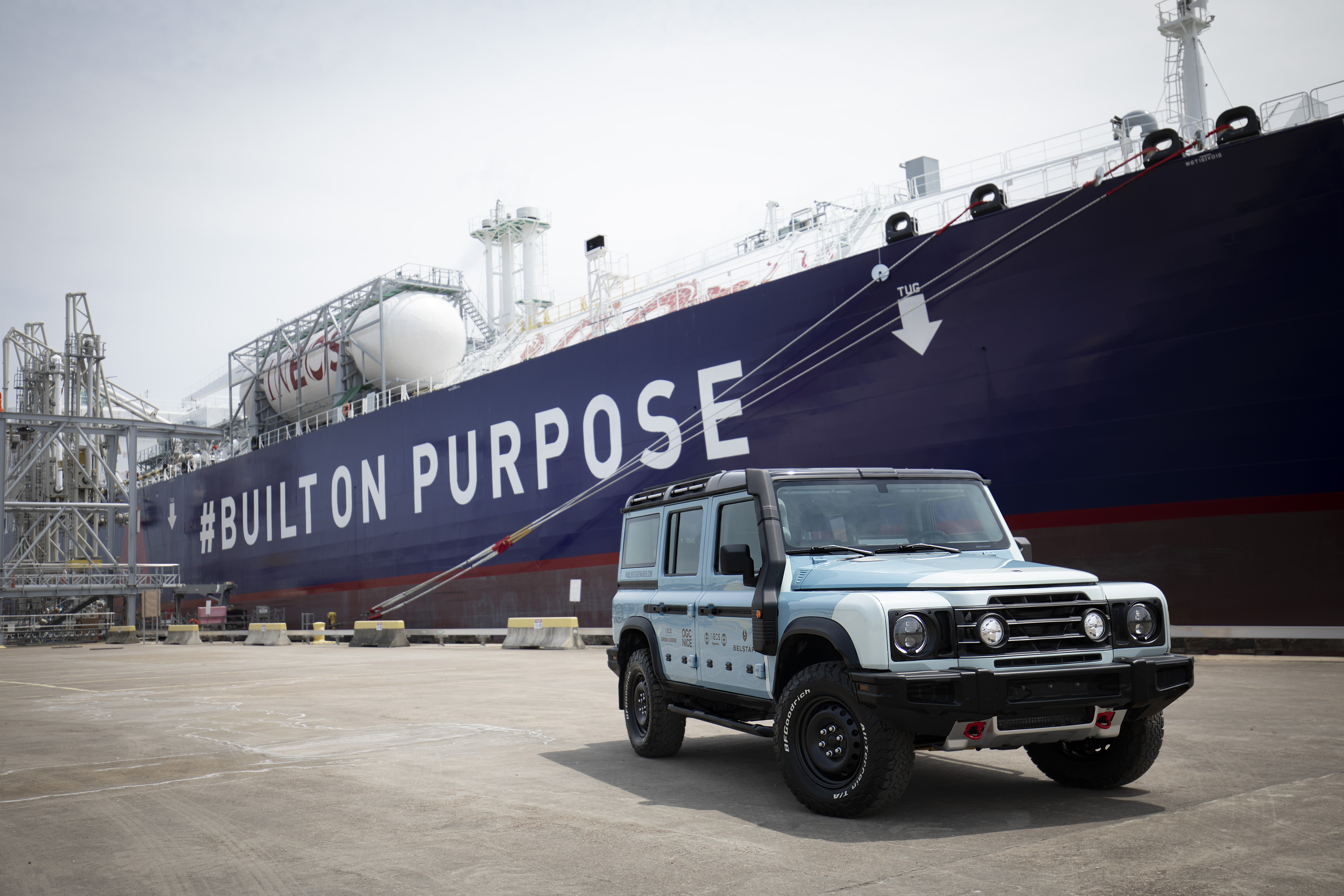