INEOS has today called for the government to increase the shale seismicity limit from an unworkable 0.5 to a more sensible level on the Richter scale.

The current 0.5 level is over 3,000 times lower than the 4.0 level typically found in the United States where over 1 million shale wells have been safely drilled.

INEOS believes the government’s current policy will do irreparable damage to the UK’s manufacturing base.

INEOS calls upon the Government to either make shale workable or shut it down and not to use politically expedient, slippery back door manoeuvres to end shale. British companies have been working in good faith to develop an onshore gas industry in the UK. There are indications that there may be enough gas to make the UK self sufficient in energy for a generation and stimulate huge investment in manufacturing as has been the case in the USA.

Government insists on absurd seismic thresholds for shale at 180,000 times lower than the USA where 1 million wells have been safely drilled. Planning policy remains archaic, glacially slow, inordinately expensive and virtually unworkable. INEOS believes the UK energy policy is non-existent and will do irreparable damage to the UK’s remaining manufacturing base.

In the United States, where over a million shale wells have been drilled the seismicity limit is typically set at 4.0 on the Richter Scale.  The UK Government decided to set the level at 0.5, a level that has no sound basis in science and betrays a total lack of understanding of the shale extraction process.

Jim Ratcliffe, INEOS Chairman commented, “The Department of Business, Energy & Industrial Strategy (BEIS) seems to lack a basic understanding of the Richter Scale.   It is a logarithmic scale.   The limit within the United States is typically set at 4.0 – a level that the US Environmental Protection Agency feels is safe and will not lead to any damage to land, property or people.   To put that into perspective, magnitude 4.0 is 3,162 times higher than 0.5 and 177,827 times stronger in terms of energy release.”

Shale development has transformed the US economy in the last 10 years.   Just one of 50 shales in the US, the Permian, is now producing twice the amount of gas that the UK extracts from the entire North Sea.   The availability of clean and abundant gas has rejuvenated the energy intensive manufacturing base of North America with hundreds of billions of new investment in chemicals, steel, glass and aluminium leading to the creation of millions of new jobs.

The UK, by contrast, has no coherent energy policy.  The announcement by Hitachi of their withdrawal from the Wylfa nuclear investment in North Wales, hot on the heels of a similar announcement from Toshiba leaves the entire UK nuclear policy as the EDF plant at Hinkley Point, an investment that is hugely over budget, way behind schedule and will produce electricity from an unproven technology at a totally uncompetitive price.

The UK electricity supply is completely dependent upon gas and nuclear. In addition, 85% of UK homes and most of UK industry needs gas for heat. The UK has no nuclear strategy despite closure notices on 8 of its 9 nuclear plants. Gas from the North Sea, which peaked in 2000, has long since been in decline.

The Government is shutting down shale by the backdoor and is betting the future of our manufacturing industry on windmills and imported gas from countries which are potentially unstable.

“The Government’s position is unworkable and unhelpful.   They are playing politics with the future of the country.   We have a non-existent energy strategy and are heading towards an energy crisis that will do long term and irreparable damage to the economy and the Government needs to decide whether they are finally going to put the country first and develop a workable UK onshore gas industry” says Ratcliffe. 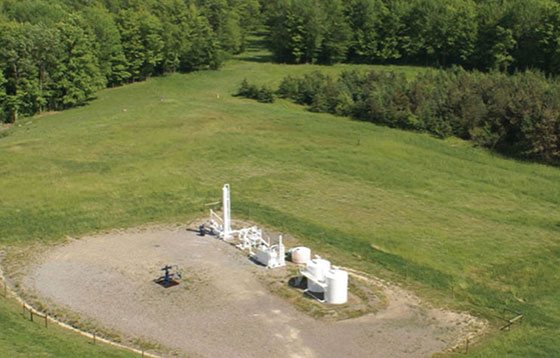