INEOS Shale, the onshore division of INEOS Upstream, has completed the acquisition of the entire UK onshore Petroleum Exploration and Development Licence interests of ENGIE E&P UK Limited, increasing the total acreage held by INEOS under licence to more than 1.2 million acres. The transaction involves minority interests in 15 licences, seven of which INEOS holds an existing interest in. The remaining eight complement the Company’s existing licence interests in Yorkshire, Cheshire and the East Midlands. Three of the licences are operated by INEOS, eight by IGas Energy and four by Cuadrilla. 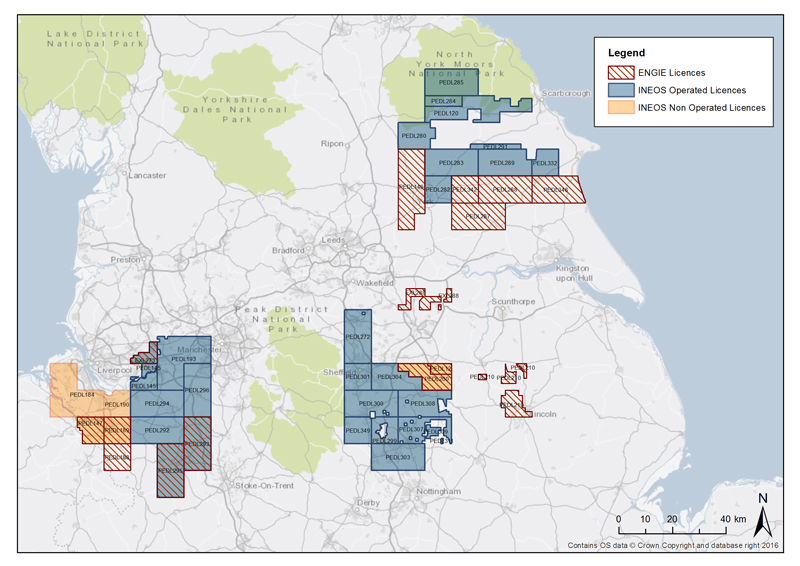