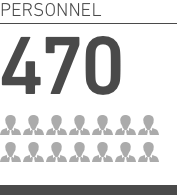 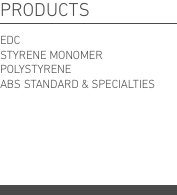 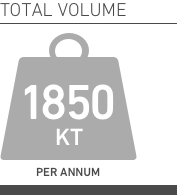 The Zandvliet site is situated in the upper north of the port of Antwerp on the right bank of the River Scheldt. It is inside the BASF Antwerp’s integrated site that was founded in 1964.The INEOS Styrolution site sits on approximately 12,4 hectares within the BASF complex. INOVYN operations at Antwerp/Zandvliet Site transform hydrogen chloride supplied by BASF into ethylene dichloride (EDC), which is in turn supplied as a raw material for the production of PVC to the other INOVYN sites in Belgium and Germany. As such, it is an essential site for INOVYN's PVC business. The assets in Antwerp can trace their history back to 1972 with the construction and start of 2 GPPS lines and one HIPS line. In 1992 the Ethylbenzene & Styrene plants were started up and so creating a backward integration. These plants were later expanded to their current capacity; with the commodity ABS plant starting up in 2004, and an R&D pilot plant for SBC in 2015. The Antwerp site offers many competitive advantages thanks to its location in Western Europe’s heartland, with sea & river access, rail access and multiple interstate highways in close proximity to the site.

Our products are used in a wide variety of industries, including Healthcare, Packaging, Automotive, Electronics, Household, Construction and Sports/ toys/ leisure.

The INOVYN Site has the management system certification ISO 14001:2015 for Environment.

INEOS Styrolution is the leading, global styrenics supplier with a focus on styrene monomer, polystyrene, ABS Standard and styrenic specialties.

The chlorvinyls supplier of choice for manufacturers around the world