I am writing with regard to the recent statements made at Party Conference pledging that a Labour Government would ban fracking.

We were deeply disappointed by this announcement. As the company with the largest number of shale licenses in the UK and as the employer of 4,000 people in this country alone we are surprised not to have had the opportunity to discuss this matter with you prior to your announcement.

Whilst we clearly do not currently see eye to eye on the opportunity that shale presents for energy, for jobs, and for this country, we would like to make ourselves and our technical teams available as needed to enable us to discuss the rationale for your decision to oppose fracking. In his speech, Barry Gardiner MP placed his support behind renewables as the preferred source for the UK’s future electricity supplies. This leaves unanswered the question of how the UK would then heat its homes, manufacture its products and keep the lights on when the wind isn’t blowing.

This is not a shale gas versus renewables debate – both are needed in our energy mix in the decades ahead.  Those who are opposed to extracting natural gas must be called upon to articulate what they would do to fulfil societal energy and materials needs – and not simply be allowed to oppose all the things they don't want. Gas is also the basic raw material used to produce a multitude of chemical products, that themselves are used in most everyday items we use – including in the production of renewable energy facilities.  As North Sea reserves decline, it falls upon us to find new sources of energy to maintain the standard of living that we have become accustomed to. We currently import almost 60% of our gas and this figure will only climb in the coming years.

Is it not better that we source our energy from our own land where we can control the regulation than pay a series of unstable and illiberal regimes to do it for us?

At INEOS, we believe that there is a firm and proven consensus for the substantial and increasing use of gas in the energy mix for the next several decades, whilst renewable capacity and technologies (including energy storage) are developed.  Gas is by far the fossil fuel with the most benign climate impact, and its use as a bridging fuel is consistent with climate change targets.  We have attached three papers on the compatibility of shale gas with mitigating climate change that you may find useful (1)  These are but a limited example of the type of independent and scientifically robust analyses that have been published on this topic.

We are committed to supporting the evidence led assessment of shale gas production based upon sound science.  Our approach has always been, and continues to be, a science based approach that utilises the engineering skills the UK already possesses, along with the lessons that the industry has learned from extensive experience in many parts of the world.

There is a wealth of independent evidence that has found this industry can be developed safely and with respect to the environment, provided it is properly regulated – including studies conducted by the Royal Society, the Royal Academy of Engineering, and Scotland’s Independent Expert Scientific Panel.  It is also the case that the normal risks associated with this industry (and other extractive industries) are often poorly characterised, contextualised, explained or at worst exaggerated by those opposed, in this case, to the extraction of shale gas.

Finally, as one of the UK’s largest manufacturers we are passionate about seeing a revival in this sector. Sadly, over the last few decades the nation has seen a collapse in manufacturing and a loss of the high-paid skilled jobs that go with it. We believe that the shale gas industry could reverse this decline as has happened in America. It would a tragedy not to move forward with this unique opportunity which could transform communities across some of the poorest parts of the country.

As I said at the start, we look forward to engaging with you and your teams on this discussion, when diaries permit.

The papers on the climate change impact of gas that are referred to here are as follows (and attached below);

“Why Every Serious Environmentalist Should Favour Fracking”
Richard A Muller, Professor of Physics, University of California, Berkeley
Elizabeth A Muller, Executive Director of Berkeley Earth

“The Facts About Fugitive Methane”
Elizabeth A Muller, Executive Director of Berkeley Earth
Richard A Muller, Professor of Physics, University of California, Berkeley 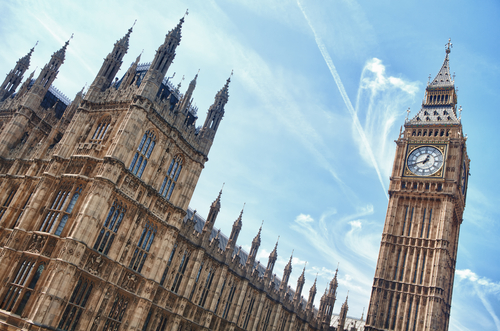