INEOS today announced that it has agreed to acquire a strong portfolio of natural gas assets in the North Sea from a UK subsidiary of DEA Deutsche Erdoel AG, which is part of the LetterOne Group.

INEOS Shale will acquire gas fields, including the Breagh and Clipper South fields in the Southern North Sea which are well positioned close to INEOS’ sites in the North East and Scotland. The annual production from these fields account for 8% of the UK’s annual gas production, enough gas to warm 1 in 10 British homes.

INEOS is a new entrant to the North Sea. However, the company has extensive experience in operating chemical plants of similar complexity to these offshore platforms.

As one of the world’s largest operators of chemical plants and a huge consumer of hydrocarbons these assets should make a significant contribution to INEOS’s European energy and feedstock strategy.

The company operates Scotland’s largest manufacturing complex at Grangemouth which is the only refining / petrochemicals complex directly attached to the North Sea.

INEOS has recently announced its intention to be the leading UK player in onshore gas development and, as part of the company's growing interest in energy production, is now evaluating additional opportunities in the offshore area.

As part of the company’s ongoing business planning, it has set up INEOS Shale, a new oil and gas subsidiary of INEOS AG and is working with a number of top class North Sea oil and gas professionals. Their first task has been to conduct a strategic review of the potential opportunities in the North Sea to see whether these are suitable to play a part in the development of the INEOS Shale business.

Rob Nevin, Chairman INEOS Shale, says, “INEOS and its JV partners are huge consumers of natural gas, ethane, propane and condensates. North Sea oil and gas can make a significant contribution to providing these feedstocks as well as servicing our energy needs.”

INEOS also owns a number of Shale gas licences in England and Scotland and is investing a further $1 billion in an ambitious project to bring US Shale gas to the UK and to Norway.

Jim Ratcliffe, INEOS chairman adds, “The acquisition of these North Sea gas fields is a great entry point for the INEOS Shale business. They are high quality, low risk assets and they come with a highly experienced management team. Whilst no decisions have yet been made, we will continue to evaluate other opportunities in the North Sea”.

Notes to the Editor:

The transaction is subject to competition clearance from the European Commission. We do not foresee any major issue with receiving this clearance, and are hopeful for a completion date in later this year.

The existing management team at DEA’s UK business will stay in place and run the business post-completion. This team has successfully developed the assets that have made this transaction interesting to INEOS, and has the full support of INEOS. 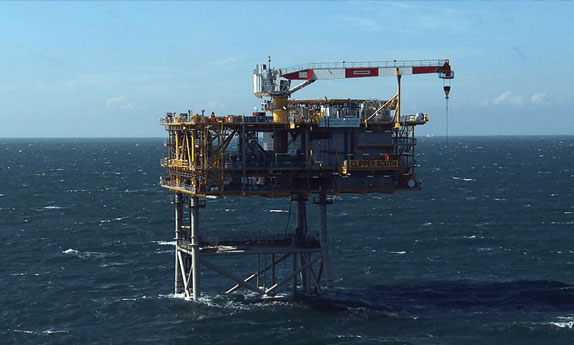