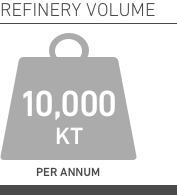 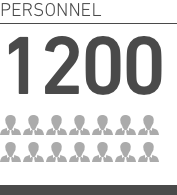 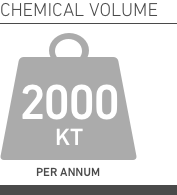 The Lavera site is located 30 miles west of Marseille, in the south of France. The site occupies 650 hectares of land on the Mediterranean coast and is one of the largest petrochemicals sites in Europe.

The history of the Lavera industrial site began with the installation of the BP refinery in 1933, followed by the construction of a large petrochemical complex starting in the 1950s. In December 2005, INEOS Manufacturing France SAS, an INEOS group subsidiary, acquired all former BP group operations.

In 2011, INEOS entered into a joint-venture composed of INEOS trading and refining operations and PetroChina. In 2012, this resulted in the creation of Petroineos Manufacturing France SAS, with chemical operations being taken over by INEOS Chemicals Lavera (ICL) SAS.

This 650-hectare site refines crude oil and manufactures chemical products - two complementary activities, there being a high degree of synergy between them. The Lavera refinery, one of the most modern in France, has the highest annual throughput in the South East, processing 10 million tonnes of crude oil (the Lavera refinery processes 210,000 barrels of crude oil per day), and its highly-versatile prime collection of installations manufactures a wide range of oil and petroleum products for use by the general public, transport and industry.

The Lavera site employs about 1,200 people (both INEOS and Petroineos)

The Lavera site also includes a Technology Center employing around 50 people to develop expertise in polymer catalysts and products, in Process technology, in Modelling and plant commissioning for PE and PP, as well as chemical and analytical engineering for all activities on site and other sites of the group.

The site holds certificates for its quality, environment and energy management systems according to ISO 9001, ISO 14001 and ISO 50001 international standards. On the Lavera site you will find different types of job and of course also different recruitments opportunities for beginner to expert. If you are looking for an internship, apprenticeship or a job, please contact our HR recruitment team by email: recrutement.ineos.lavera@ineos.com

A New Catalyst Business for Successful Production of Polyethylene and Polypropylene.