INEOS is today awarded three new shale gas exploration licenses from the UK government, cementing its position as one of the UK's leading shale gas businesses

INEOS has today been awarded three new Petroleum Exploration and Development Licenses covering a total area of approximately 250 km2  in the East Midlands. This additional acreage cements INEOS position as one of the UK’s leading shale gas businesses.

The Department of Energy and Climate Change (DECC) awarded these new licenses in the first of a number of announcements from its 14th Licensing Round.

“INEOS welcomes the announcement by the UK Government today and the significant support from DECC to move this important industry forwards,” says Gary Haywood, INEOS Shale CEO. “Shale gas is a once in a lifetime opportunity that the UK cannot afford to miss. North Sea oil created great wealth for the UK and shale gas can do the same. It will help secure manufacturing, deliver investment and create thousands of jobs, provide us with greater energy security, and help us to meet our climate change obligations using our own home-grown source of energy.”

INEOS Shale is INEOS’ new on shore oil and gas exploration and production business. The business made its first move into the shale exploration one year ago on the 18th August with the purchase of a share of the shale section of PEDL 133 from Dart Energy. It has grown rapidly, and now has the third largest portfolio of shale gas assets in the UK. Today’s announcement is a further significant step for INEOS in its plan to become the leading player in the UK shale gas industry.

The first tranche of licenses awarded today cover licence blocks that have been screened out as not requiring further environmental assessment under the Conservation of Habitats and Species Regulations 2010. The Habitats Directive, a screening assessment is being carried out on remaining blocks applied for in the 14th Round. As a result, blocks applied for which are close to or in certain Special Areas of Conservation (SACs) and Special Protection Areas (SPAs) will be subject to further environmental assessments before any offer is made. Announcements of the second tranche are expected later this year.

Gary Haywood adds, "We are keen to move quickly to evaluate the potential of this resource, and determine if we can economically produce gas from our licenses.  This will depend on the pace of planning approval. If we can, it will provide a local source of competitive energy and raw materials to support manufacturing jobs in the UK.  Our recent commitment to share the revenue of the gas production with the landowners and the community will also bring significant local benefits."

INEOS continues its community engagement programme, aiming to speak directly to people about this important issue and dispel as many of the untruths and the myths about shale gas production as possible.

Information about INEOS Shale and shale gas in the UK, including a series of information videos and fact files, can be found on the INEOS Shale website at:http://www.ineos.com/businesses/ineos-upstream/

INEOS will be the sole operator of the three licenses awarded today. Shale gas extraction has transformed communities in the USA where landowners own the mineral rights under their property. INEOS has developed an industry leading community benefits package that seeks to replicate this, giving communities a real stake in development. INEOS has promised to share 6% of revenues. Four percent of this would go to homeowners and landowners in the immediate vicinity of a well, and a further 2% to the wider community. Based on our estimates, a typical 10km by 10km development area would generate £375m for the community over its lifespan. Overall we anticipate that our future shale gas business could contribute over £2.5bn to communities under this scheme, having a material impact on regional economies and the standard of public services.

INEOS recognises that shale gas extraction is a controversial issue and communities have understandable questions about the potential risks and rewards. We will engage comprehensively and openly with communities at every stage to accurately convey the risks and rewards, so they can make an informed judgment about extraction. It is the view of mainstream scientific authorities such as the Royal Society and Royal Academy of Engineering that shale gas can be extracted safely with appropriate regulation, and there could be real benefits from doing so, including jobs, tax revenue, local investment and improved energy security. It is vital to have a thorough and evidence-based conversation to ensure this opportunity is considered properly. 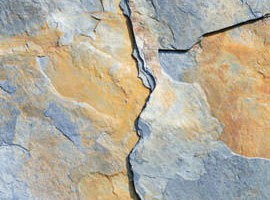