During the summer, teams of employees from INEOS and Petroineos’ Scottish locations undertook the company challenge to ride stage for stage the same distance as the professional cyclists in the famous Tour de France Race. In completing their challenge the teams were awarded £1000 each to donate to a charity of their choice.

Abi Longhurst, Process Engineer and cycle captain of an INEOS FPS team said, “Cycling Without Age Scotland is a fantastic charity and chimed with many members of the team, especially with its direct connection to cycling. We are pleased to know that our donation will make a real difference to the charity’s volunteers and to those people who use their service; enhancing and enriching the lives of elderly and disabled people, and those with limited mobility, by giving them access to the beautiful outdoors through the charity’s pioneering trishaw rides.”

The donations come at a time when the charity has expansion plans for its Zetland Park Chapter, several of whose volunteers participated in the cheque presentation. Due to the Zetland Park Chapter’s huge success, there is ever increasing demand for its free-to-use services, and one of INEOS’ donations will be put towards securing a second Trishaw to meet that demand. The second donation will help keep the wheels of the six trishaws of the Falkirk Chapter turning, covering the maintenance for the next two years and providing rides for hundreds of elderly people from all of the care facilities in the Falkirk Area, as well as other people in the area with limited mobility.

Christine Bell, Chief Executive Officer of Cycling Without Age Scotland, said: “We are so grateful for Petroineos and INEOS’ support, not to mention hugely impressed by their employees’ cycling achievement! These donations will enrich and enhance literally hundreds of lives, so every employee who has contributed can justly feel that they really have made a positive difference.”

All proceeds from the cycling challenge will be distributed to charities nominated by each individual team. In addition to Cycling Without Age Scotland, our Scottish-based teams selected the following recipients: 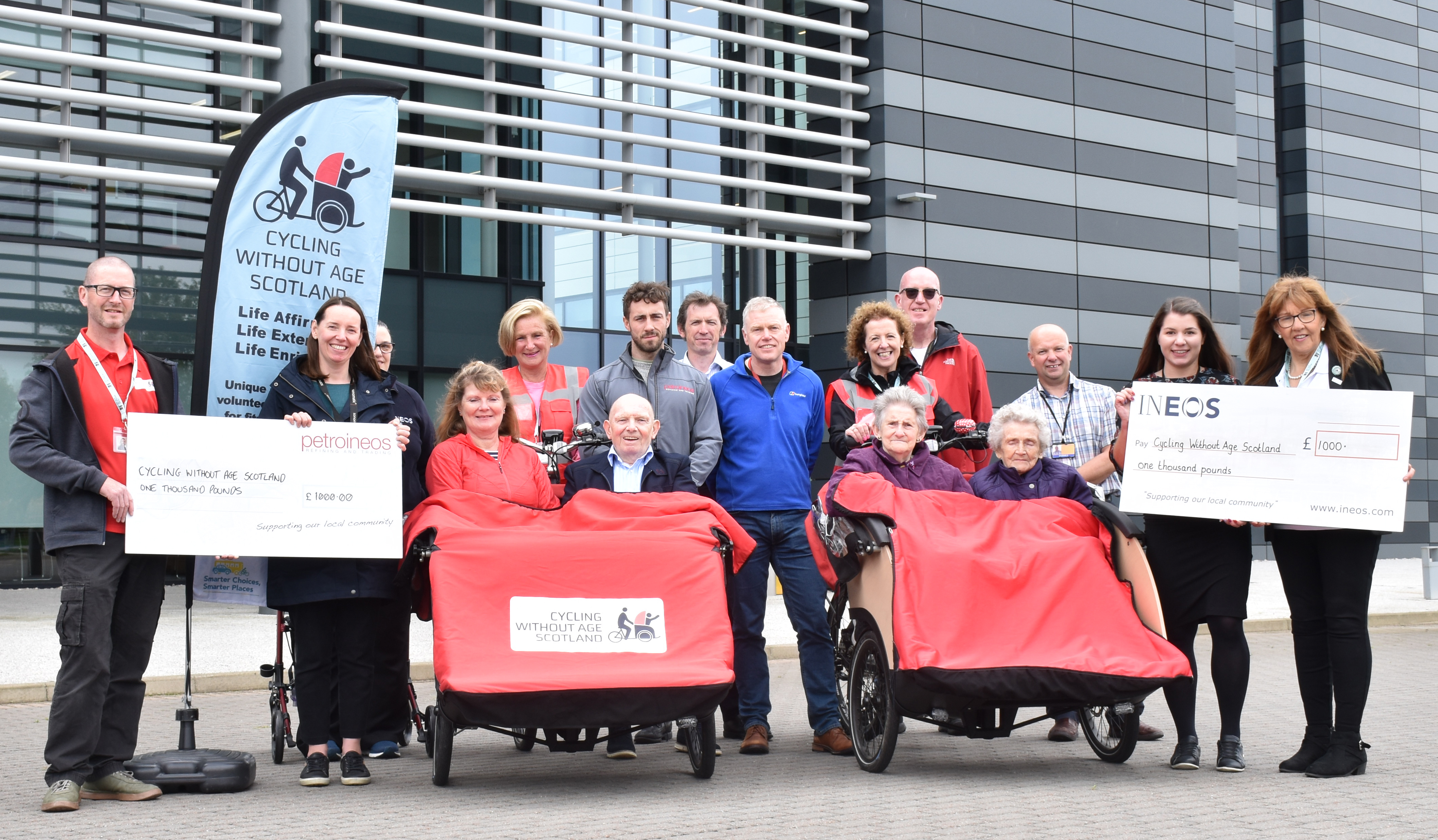