INEOS O&P UK has today confirmed that it has received notification from Falkirk Council that its planning application for the construction of an ethane tank at its Grangemouth site has been approved.

The planning application encompasses the building of a 60 000 cubic metre capacity ethane storage tank as well as associated infrastructure. This will allow US ethane to be imported via the Grangemouth docks, stored and then processed on the Grangemouth site’s existing KG ethylene plant.

Harry Deans, CEO, O&P UK says: “This is great news for those who work at Grangemouth or who are associated with our operations. In being granted planning permission to build an ethane storage tank we have passed another key milestone on our journey to turning our business around. We are now able to move forward with our plans that will culminate in the site importing advantaged ethane feedstock from the US.”

This ability to import US shale gas underpins the future of petrochemical manufacture at Grangemouth and across Scotland. It is a vital step towards preserving the long term viability of the INEOS site and those businesses that depend upon us.

Ethylene is a vital petrochemical feedstock widely used in the manufacture of a range of products and other chemicals. Ethylene is used on-site to produce polyethylene and is exported across the UK and into Europe.

This news follows the recent announcement by the company that it has reached an agreement with Evergas to expand its contract for a series of state-of-the-art ethane vessels, which are currently under construction in China, from four to six vessels.

INEOS will be the first company to establish seaborne intercontinental ethane transportation, having earlier announced agreements with Sunoco Logistics for capacity in the Mariner East pipeline and terminal system, with Range Resources and CONSOL Energy for the purchase of ethane. Evergas will provide customized vessels for the transportation.

The company has also confirmed that it has reached an agreement with Enterprise Products for ethane capacity at their recently announced ethane export facility on the Texas Gulf coast. 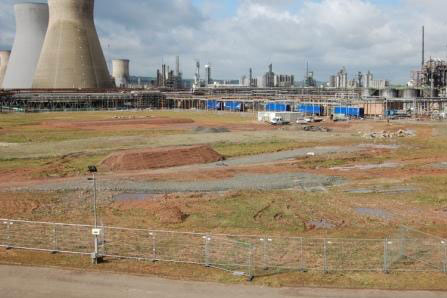