Inspired by the INEOS Grenadier cycling team’s efforts in the iconic Tour de France road race, a record number of employees from across the INEOS network of offices and manufacturing sites have for the sixth year in a row ‘saddled up’ for charity and have raised an amazing  £122,000 for local good causes.

By combining cycling for pleasure with daily commutes, teams of employees from across the world, including those in the UK were challenged to match kilometre for kilometre the distance ridden by the professional cyclists during each of the stages of the 2022 Tour de France race.

In total, 2569 employees covered a combined distance of 1,283,865 km - the equivalent of cycling more than 32 times around the planet. And in recognising their tremendous efforts, INEOS has donated £1000 (equivalent) to the local charity nominated by each of the 122 teams that completed the company-inspired challenge.

From its manufacturing base in Grangemouth and including colleagues from other INEOS Scottish locations (Aberdeen, Finnart and Dalmeny), eleven teams of employees set out on the 21-stage challenge, covering more than 133,945km and in the process raising £11,000 for their nominated charities. One team (‘C’ Shift) emulating INEOS Grenadier rider Geraint Thomas’ achievement of a podium place, with their team of cyclists finishing an impressive second overall in the global INEOS rankings.

Lynn Campbell, Finance Analyst and one of the Grangemouth cycle captains said:  “This year the INEOS charity challenge has really caught the imagination with more colleagues than ever before across the three businesses taking part. Their combined effort to commit to cycling the stage distance every day during the Tour de France race will see a significant donation to local charities. Not only have we raised this huge amount for charity and good causes, but for some participants the 2022 Tour de France Challenge has encouraged them to take up cycling for the first time in many years.”

All proceeds from the challenge will be distributed to charities nominated by each individual team. Our Scottish-based teams chose the following recipients:

Each team comprised up to 25 employees from INEOS Chemicals, INEOS FPS and Petroineos based at one of INEOS’ Scottish assets: Grangemouth/Aberdeen/ Dalmeny / Finnart

The total distance covered by INEOS’ Scottish-based cyclists of 133,945km is equivalent to more than three times around the world.

Members of the ‘C’ shift team cycled more than 28,500km during the course of the challenge, elevating them to second overall in the global INEOS rankings and achieving a ‘podium’ finish for the first time.

Pictured are representatives from each of the eleven teams who participated in the 2022 Charity Challenge. 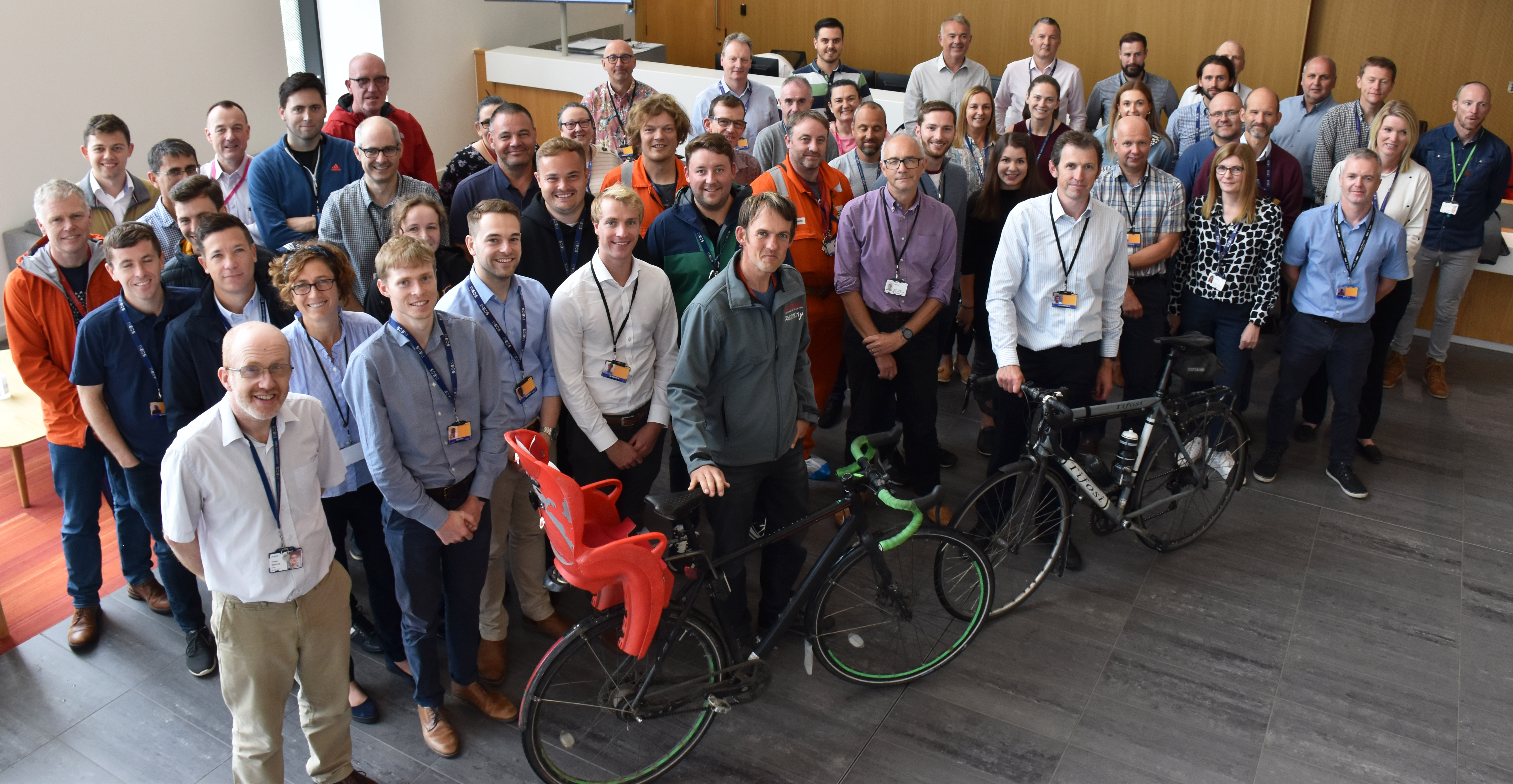