Learn how chlorine and hydrogen are produced from brine in a modern and efficient membrane cell electrolyser.

Membrane cell electrolysers feature a sealed module that consist of two chambers, separated by a flexible cation exchange membrane, to prevent chlorine and hydrogen gasses from mixing. The two chambers are formed by the anode and cathode pan assemblies respectively, and once connected to an electricity supply, is where the electrolysis takes place. 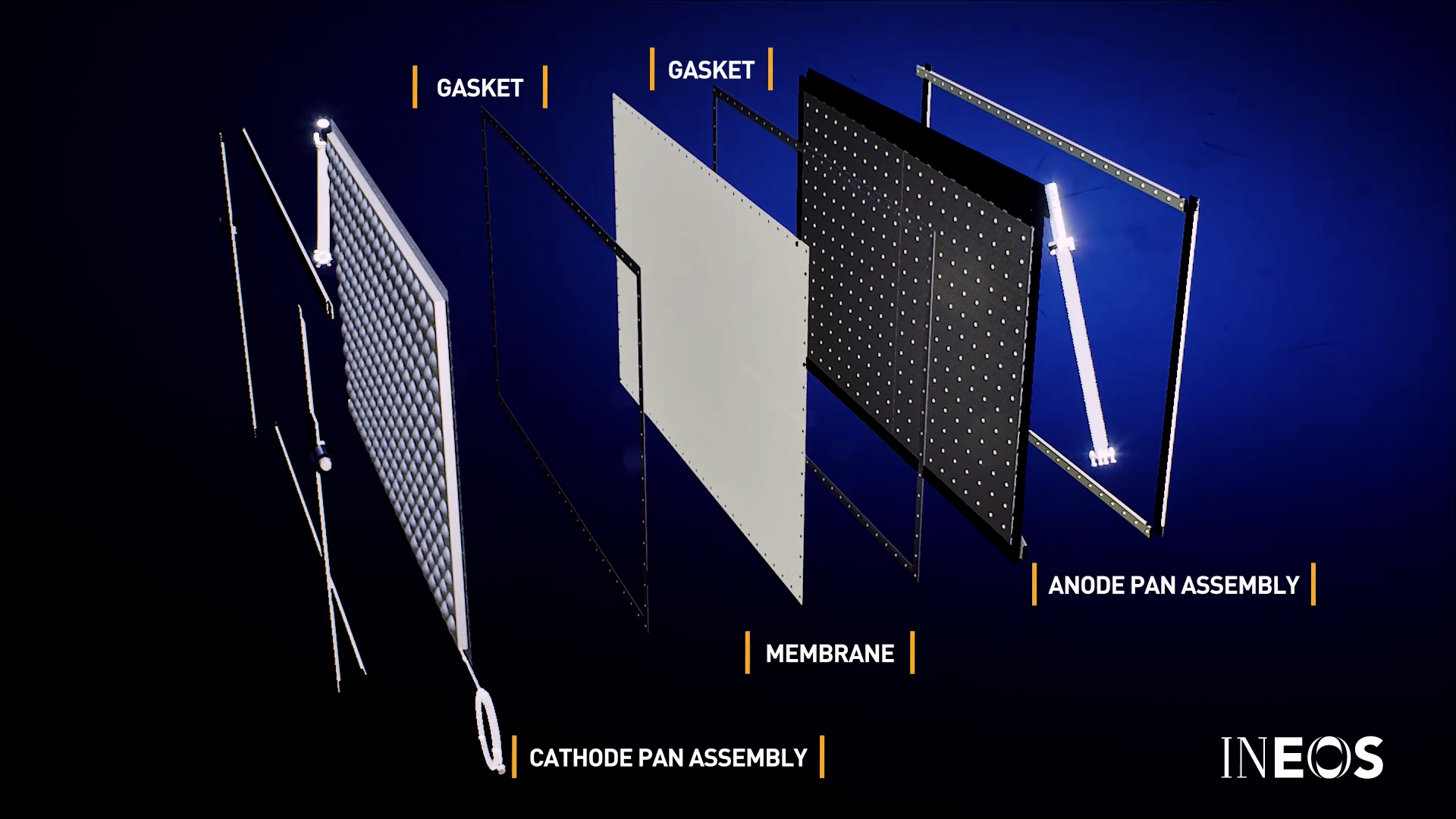 The anode and cathode assemblies (electrodes) are critical design features of an electrolyser, and must be manufactured from special materials to prevent corrosion by the chlorine.

The anode is where the chlorine is generated and was historically manufactured from graphite or platinum alloys. Modern electrolysers feature anodes made from titanium for corrosion resistance. The cathode element is typically less sensitive to corrosion, and is often manufactured from nickel, although stainless steel can be used.

Additionally, each electrode is coated to improve power performance and efficiency of the electrolysis process.

The flexible membrane in the centre of each module is fully supported in a ‘zero-gap’ design to prevent flapping or pinching of the membrane material (cross-section of a module assembly detailed below). 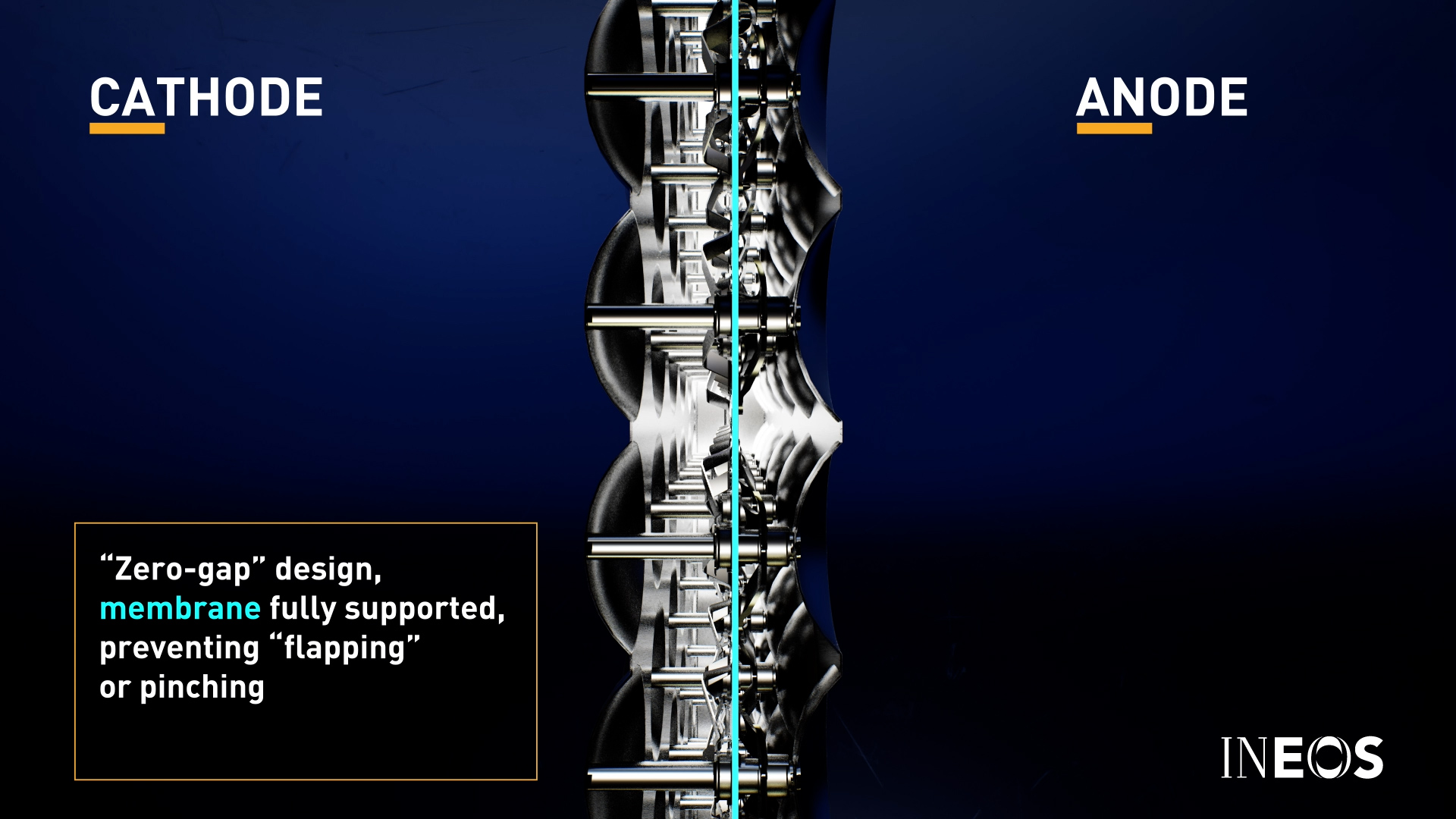 An industrial-scale modular electrolyser, such as the INEOS BICHLOR Electrolyser, consists of such modules arranged electrically in series within a frame. Typically a number of electrolysers are installed in a cell room side by side, with the quantity designed to meet the overall desired capacity of the plant. 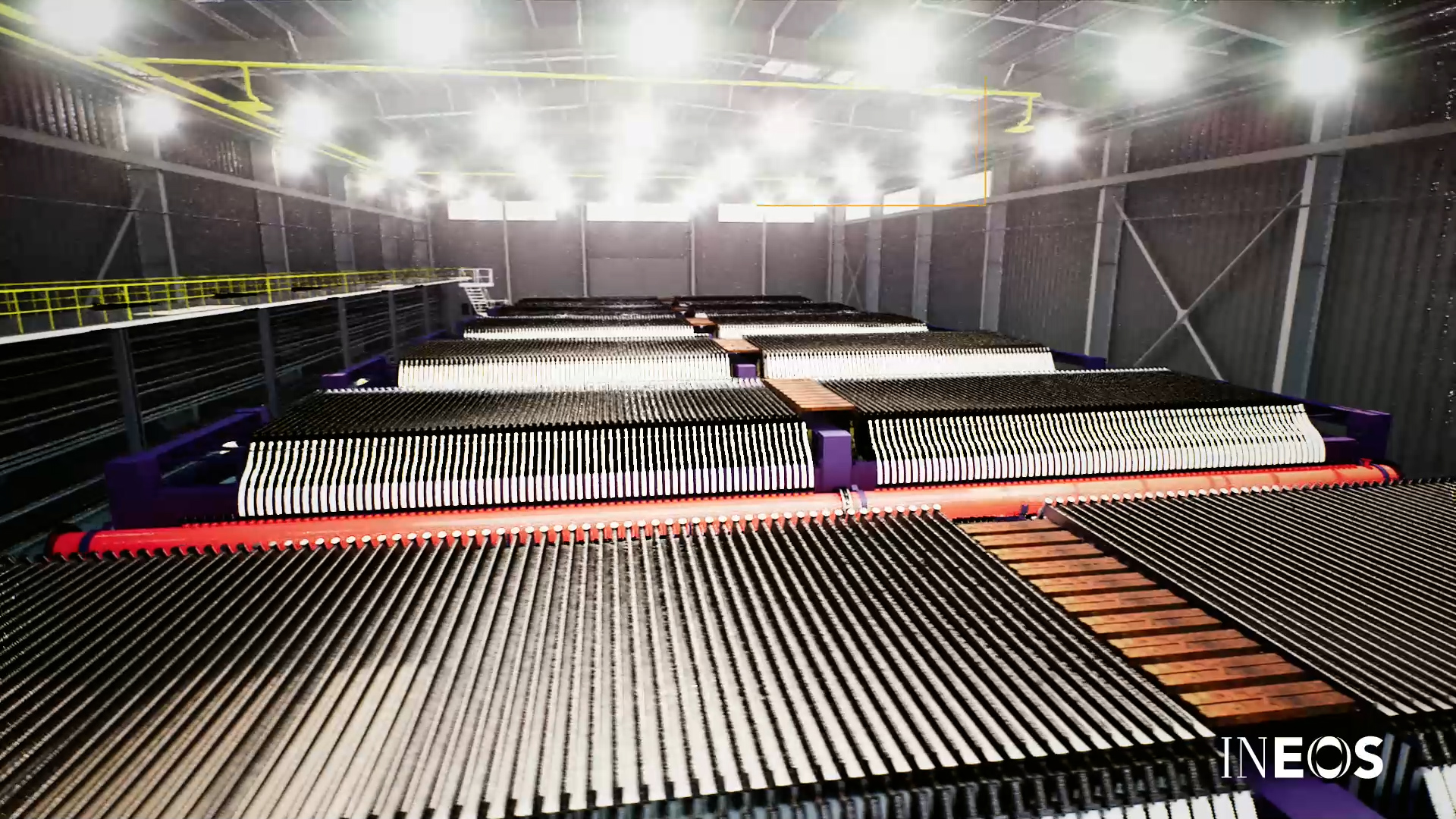 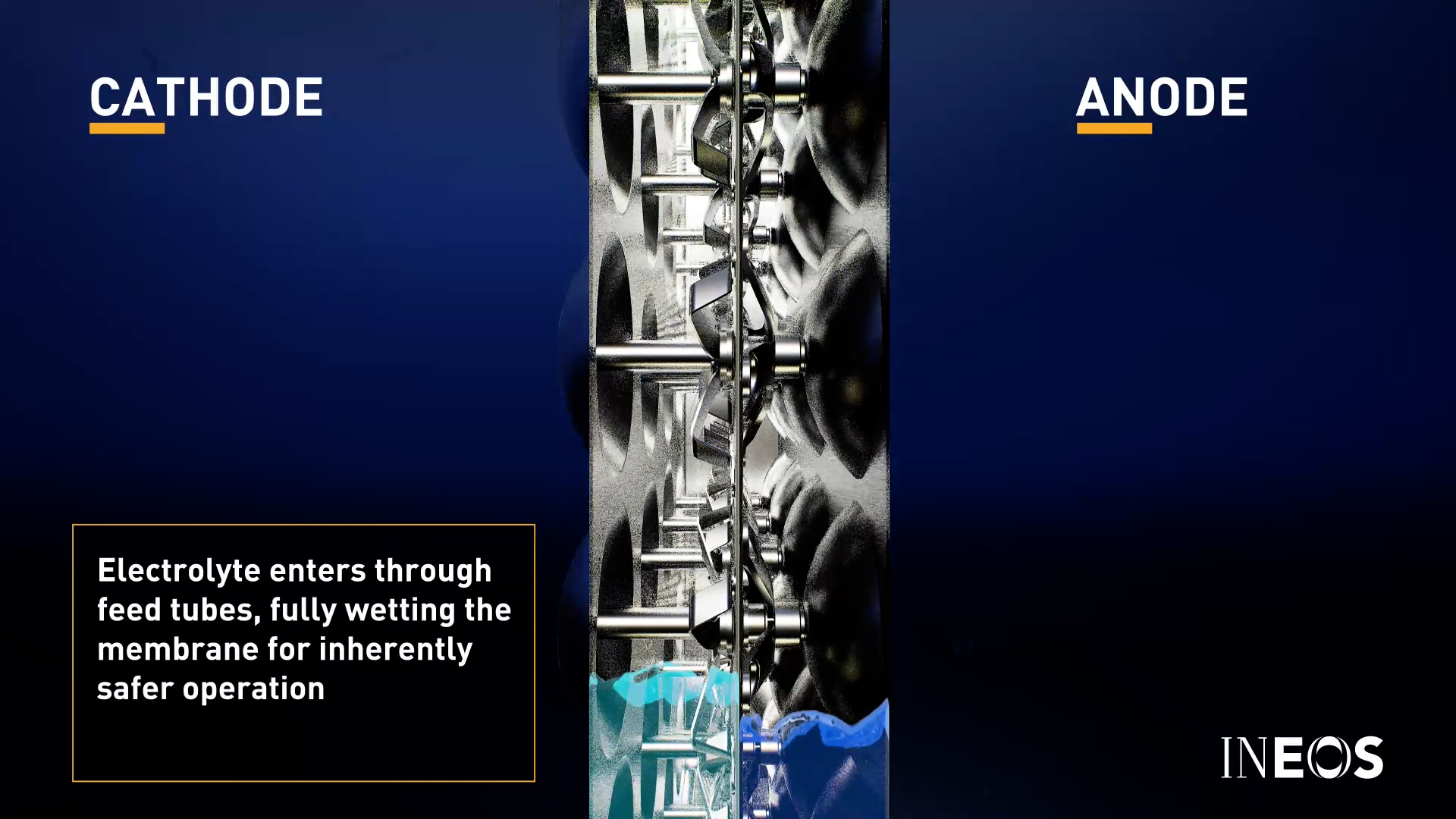 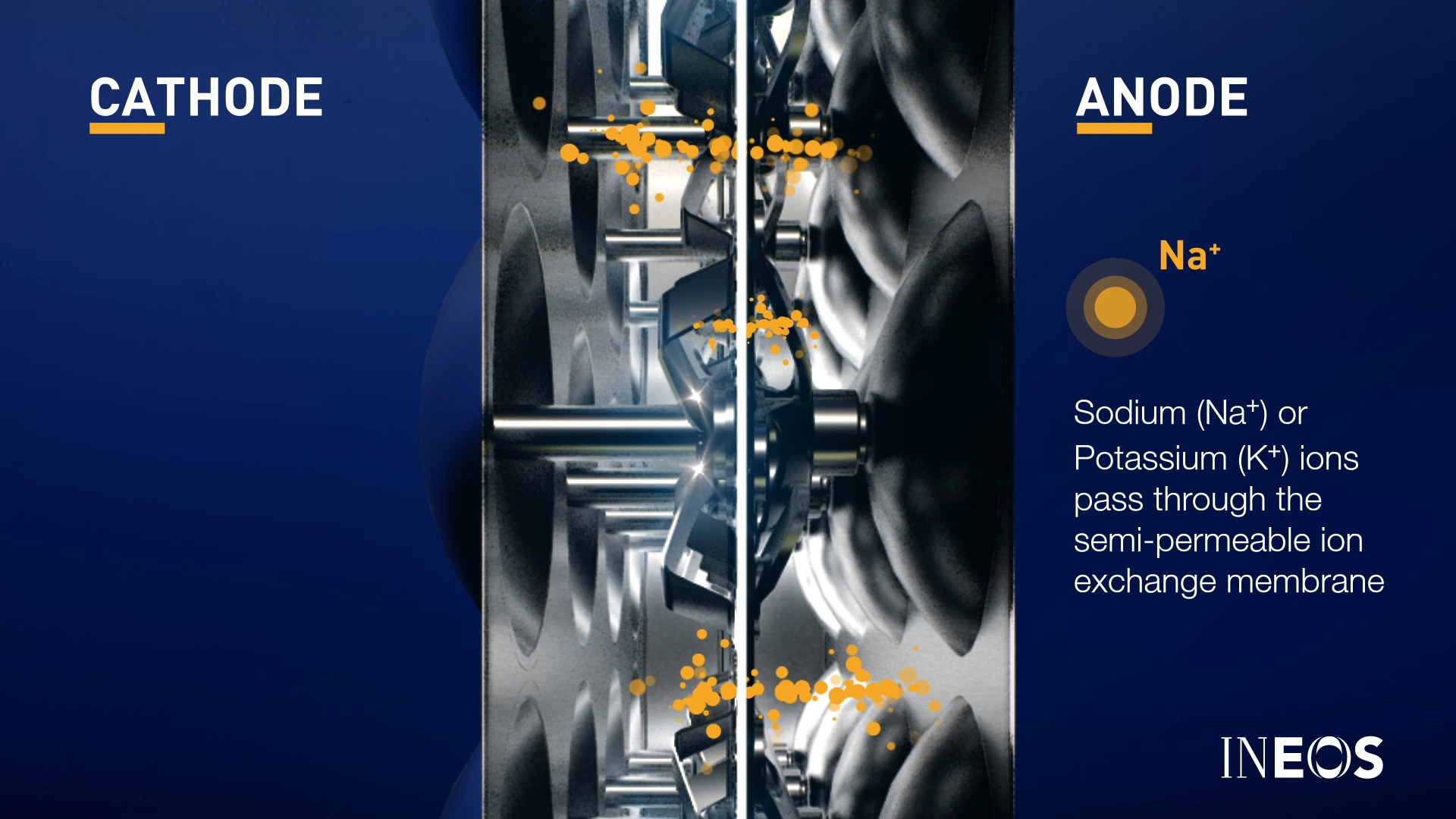 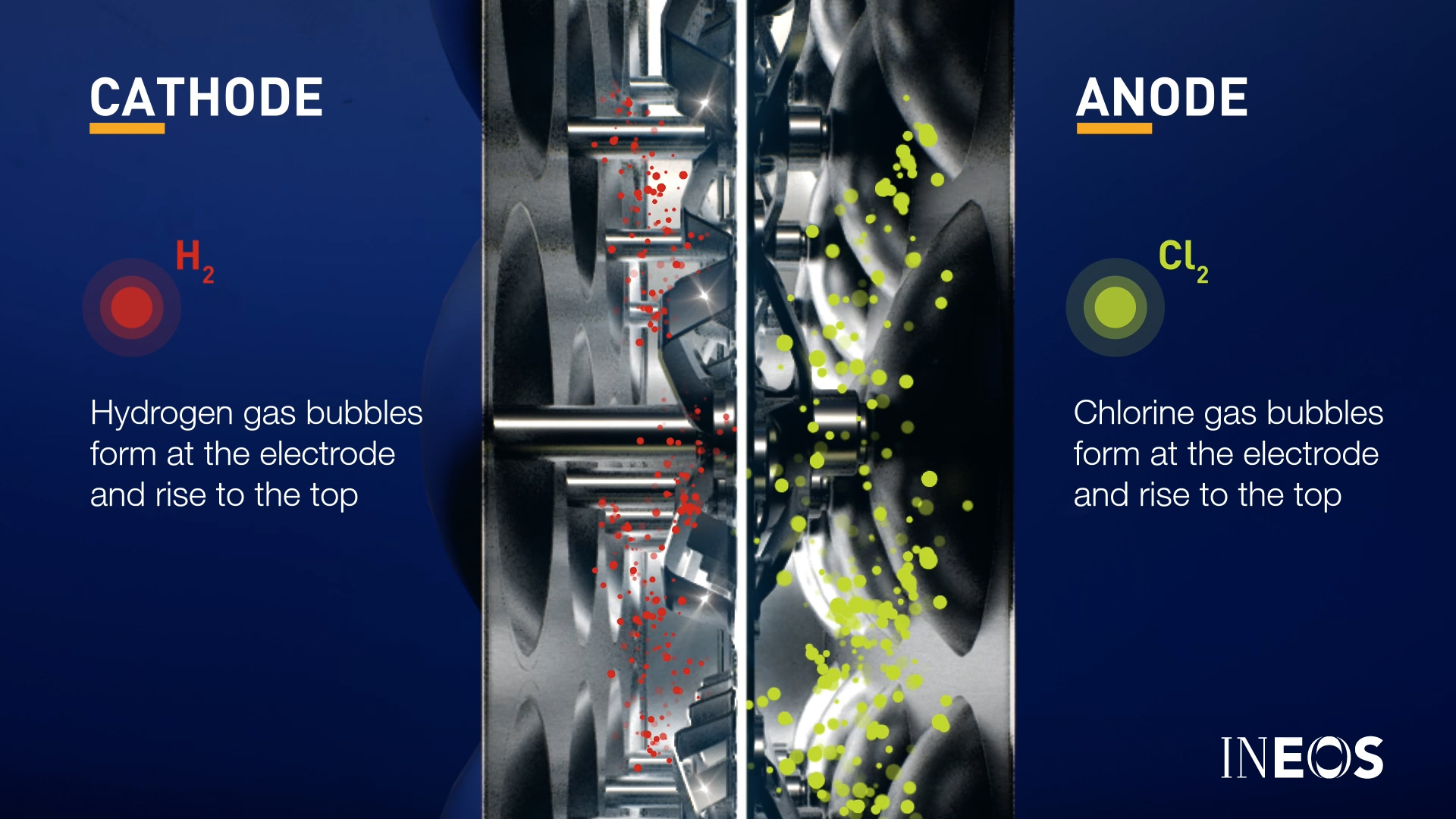