The first of eleven charitable donations, made as a consequence of INEOS employees taking on the company’s Tour de France Challenge, has been received by Scottish Association for Mental Health (SAMH).

The Tour de France-inspired challenge saw eleven teams of employees from INEOS’ Scottish locations match the professional cyclists’ race distances and in doing so raised £1000 for each of their chosen charities.

For one team, ‘C’ Shift, there was a personal connection with nominating SAMH as their chosen charity. Mark McCann, team captain and shift optimisation leader at Grangemouth explains, “Earlier this year, a good friend passed away suddenly and this had a profound effect on me. I wanted to do something in his memory and raising funds for SAMH via the INEOS cycling challenge seemed the most appropriate way.”

In addition to the £1000 donation from INEOS, the ‘C’ shift team undertook personal fundraising that increased the donation to now over £4000 and saw them achieve a podium finish – clocking up the second highest number of kilometres across the INEOS global team challenge. Mark commented, “We were determined to surpass last year’s collective distance and at the same time raise much needed funds for a very worthy charity that does tremendous work in communities, right across Scotland. The INEOS Tour de France Challenge is a fantastic initiative in bringing employees together, fostering friendly team rivalries and supporting charities that are close to our hearts.”

Receiving the donation on behalf of SAMH, Chloe Watson, Community and Event fundraiser said, “We’re touched that Mark and the ‘C’ Shift team has completed the INEOS Tour de France challenge to raise funds for Scotland’s mental health. We know that there’s a powerful connection between physical and mental wellbeing, and ‘C’ Shift team’s efforts are a great reminder of this. A huge heartfelt thank you from everyone at SAMH.”

All proceeds from the cycling challenge will be distributed to charities nominated by each individual team. In addition to SAMH, our Scottish-based teams selected the following recipients: 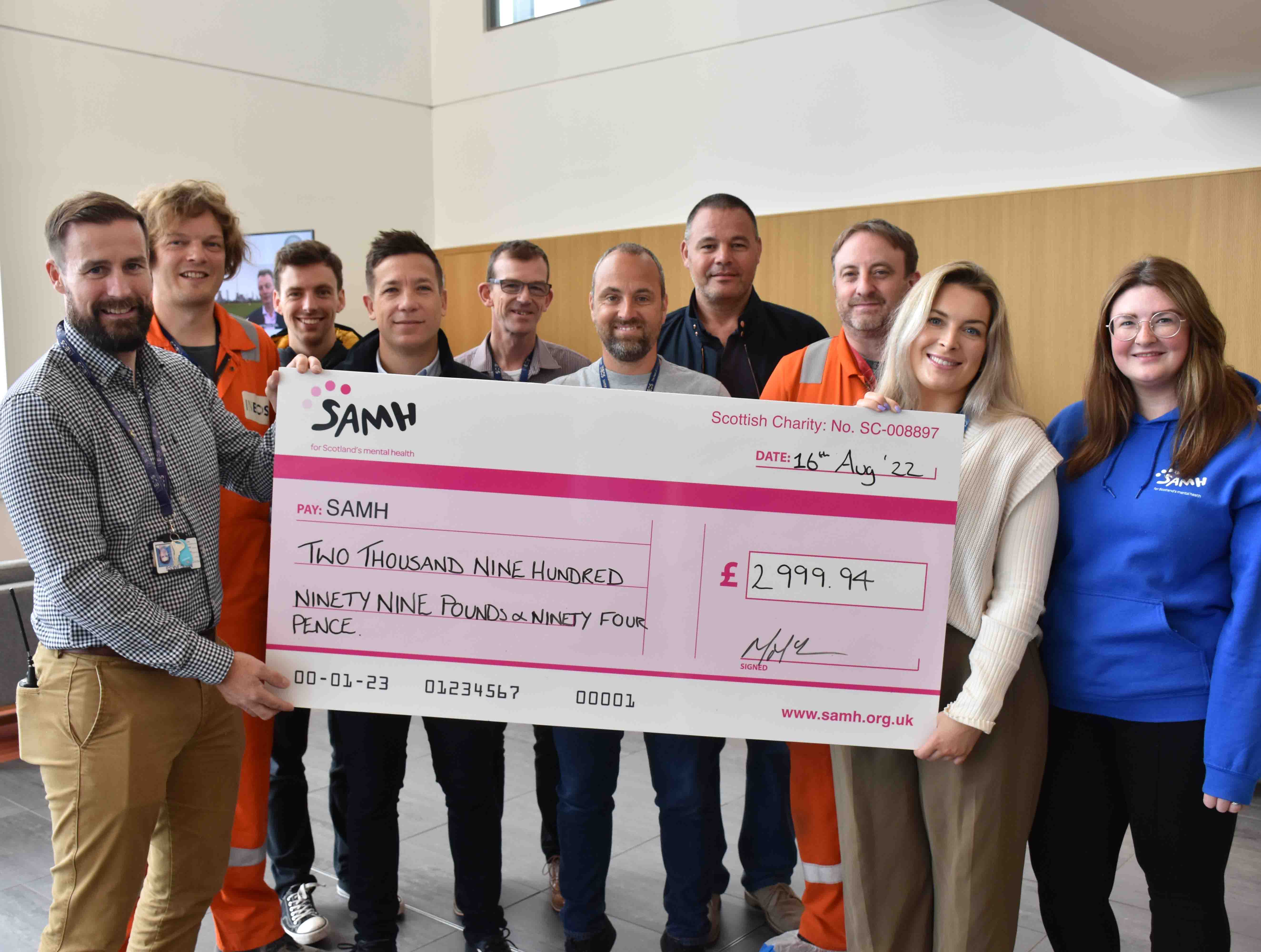