Grangemouth refinery to start up

Jim Ratcliffe, the Chairman of INEOS, says, This is a victory for Common Sense. The Unite Union advised employees to reject change and vote for closure. Thank goodness people finally came to their senses. Grangemouth now has a great future. 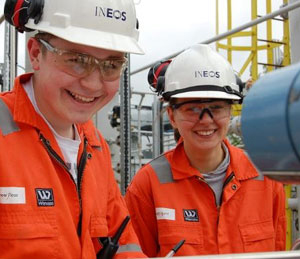 INEOS Grangemouth (UK) is pleased to announce that it will reopen its petrochemicals business with immediate effect. The company will also immediately restart the oil refinery.

This follows Unite the Union’s dramatic U-turn and its belated recognition that the company’s Survival Plan is the only way to ensure Grangemouth’s long term survival.

Unite has agreed to the following:

Calum MacLean, Grangemouth (UK) chairman says, Unite risked 800 jobs and one of the UK’s largest manufacturing facilities over a union official investigation before any verdict had been announced. It then advised employees to reject the change essential to the survival of Grangemouth. Today’s U-turn means Grangemouth now has an excellent future.

Unite’s withdrawal of its opposition to the company’s Survival Plan , which was already supported by 50% of employees on the site, has allowed the shareholders to invest a further £300 million in the company. This money will be used to fund ongoing losses and to finance the building of a gas terminal to bring in shale gas ethane from the USA.

The Scottish government has indicated it will support the company’s application for a £9 million grant to help finance the terminal and the UK Government has given its prequalification approval for a £125 million loan guarantee facility.

Jim Ratcliffe, the chairman of INEOS Group, adds, This is a victory for common sense. Unite advised employees to reject change and vote for closure. Thank goodness people finally came to their senses. Grangemouth now has a great future.